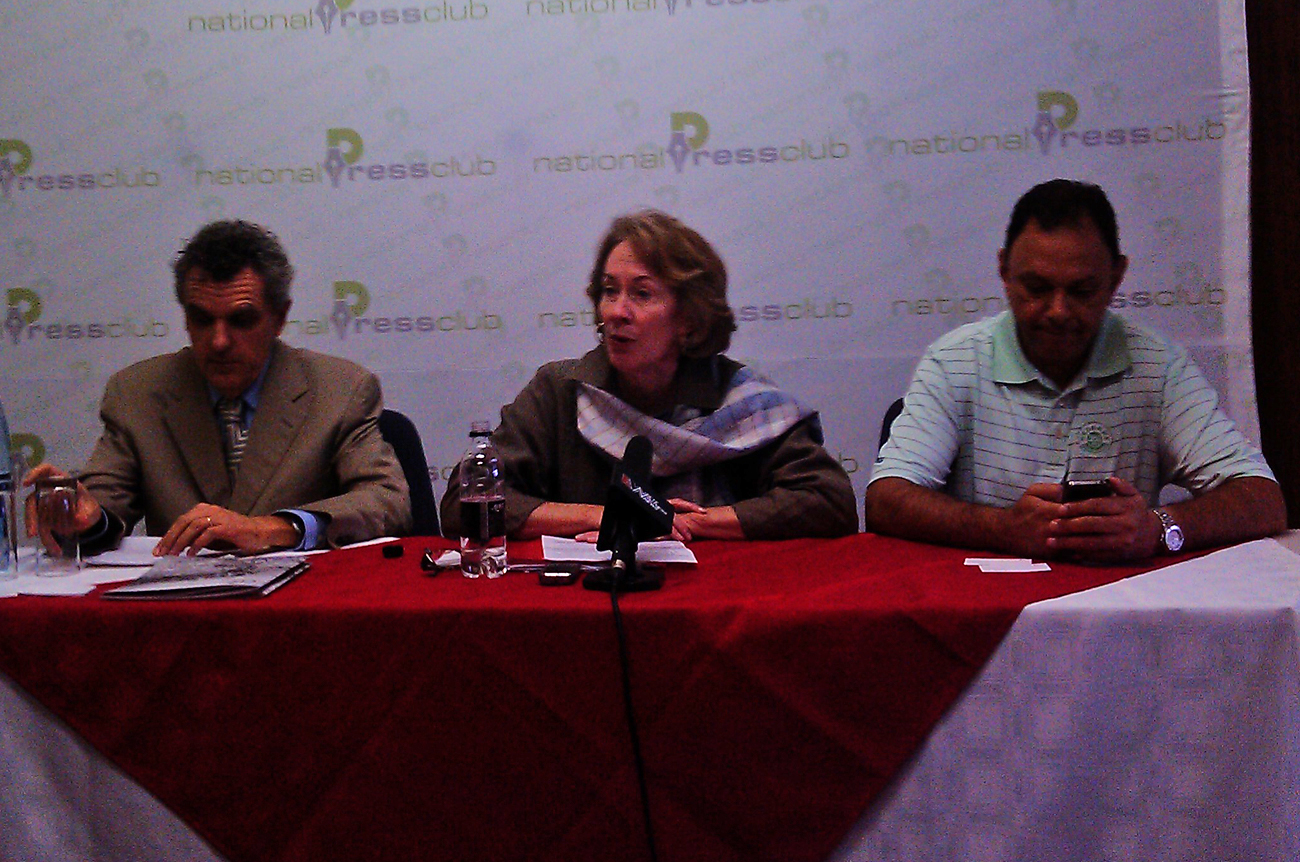 The message that South Africa is sending across the continent with a Protection of State Information Bill that is severely detrimental to the freedom of information is one of the reasons why the government needs to reconsider the bill. This was according to two leading lights of the Committee to Protect Journalists, who were in South Africa on a fact-finding mission on the bill, but also to lobby the ANC to change its stance on the bill. And that’s only the beginning of CPJ’s concerns. By SIPHO HLONGWANE.

Despite what some may believe, South Africa doesn’t exist in a vacuum. Actions taken here can have reverberations across the continent and the world. And 17 years after the first democratic vote happened, this country still is a beacon for freedom-loving people throughout the world.

This was the message brought to South Africa by two representatives of the New York-based Committee to Protect Journalists. The chairwoman Sandra Mims-Rowe and the deputy director Robert Mahoney met with several local editors as well as ANC spokesman Jackson Mthembu to express their concerns about the Protection of State Information Bill.

The two veteran journalists left their 75-minute long meeting with Mthembu with the feeling that though there was room for compromise, there is no way that the ANC is going to scrap the Protection of State Information Bill, or change its mind about introducing some sort of beefed-up press media-monitoring authority, very possibly in the form of a statutory-controlled media appeals tribunal.

But it does sound like the ANC has left some room open for compromise on the Protection of State Information Bill, Mims-Rowe said at a press conference convened on Friday, at the end of their trip. Of what nature this compromise will take is anyone’s guess at the moment, though it may not be of the form that opponents of the bill will be satisfied with.

CPJ recently released a statement calling for the Protection of State Information Bill to be scrapped in its entirety. This is also the position of the South African National Editors’ Forum and the Right 2 Know Campaign.

“We share the concerns of our colleagues in the South African media that this proposed law will have a serious, chilling effect on journalists and deprive the public of information that should be available in a democracy,” Mims-Rowe said in the statement, a comment she repeated at the press conference. “This is undemocratic legislation. At the very least, this type of bill should include a ‘public-interest’ clause to protect those who publish information in cases where citizens’ right to know trumps the authorities’ desire for secrecy.”

She and Mahoney said that they recognise the need for the state to have some secrets, but the bill that creates the mechanisms to protect certain information should not be as broadly defined, and contradictory, as the Protection of State Information Bill is.

“South Africa is a beacon of freedom throughout the world because of its Constitution,” Mims-Rowe said. “Freedom loving people care deeply about South Africa.” She said that their concerns about media freedom came because both the Protection of State Information Bill and the media appeals tribunal are “on the table”. The MAT is still being discussed within the ANC, but any moves to have it passed into law have been put on ice while the ruling party allows the media to strengthen self-regulation.

According to her, such actions by the ANC will legitimise the oppression of the press across Africa, and especially in East Africa where working in the media can be perilous. The CPJ says 43 journalists are currently in jail on the continent for doing their work.

Mims-Rowe said that the Protection of State Information Bill’s failure to protect – or at least leave alone – people who publish classified information is not in line with international best practice. And while “secrecy” bills in other countries do not often expressly insert a public-interest defence, that shouldn’t prevent South Africa from doing so.

While talk of a possible softening of stance from the ANC is encouraging, its record in keeping that promise isn’t very good. In 2009, amid a chorus of condemnation from organisations outside the tripartite alliance, the erstwhile president of the country Kgalema Motlanthe scrapped the Directorate of Special Operations (the Scorpions). Only days before, he had promised that concerns raise by civil society would be addressed, before he caved to intense pressure from within the ANC and rammed the bill through parliament.