The 2010 antenatal HIV survey: hold on, don’t cheer yet 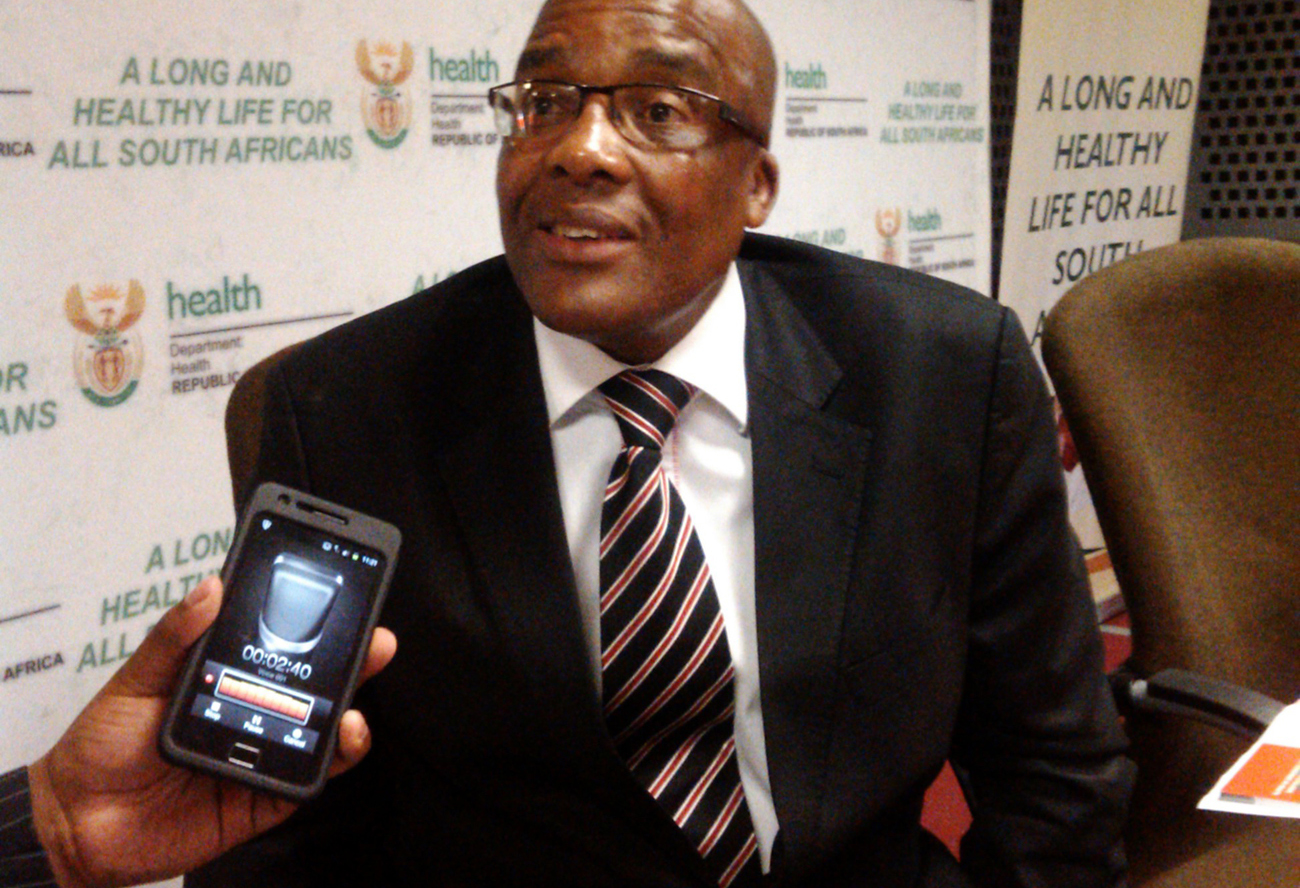 The survey results for HIV prevalence among antenatal patients are out, and the good news comes tied up with a lot of very bad news. The general trend is that the prevalence of HIV among mothers who have just given birth has held as it has over a few years, but we’re seeing increases in many spots around the country. Why? Health Minister Aaron Motsoaledi will get back to us on that just as soon as his people know. By SIPHO HLONGWANE.

There are not that many ways of gauging how deeply the HIV/Aids virus has gotten into the population. There is still a massive stigma surrounding the disease, leading to people not getting tested or treated, so we just don’t know exactly how bad it is out there. Still, South Africa is better than a lot of countries when it comes to taking the measure of the pandemic. One of the methods used to survey HIV/Aids is to test pregnant mothers who come into clinics to give birth. There’s a lot of incentive for the mothers to consent to testing, counselling and treatment, not least of them being awareness of the possibility of passing the virus on to their newborn children. A lot of other things can be extrapolated by testing antenatal patients, so the HIV/Aids survey that is conducted among them tends to be more closely watched than others. The official reason given for this close attention is that antenatal clinic attendees are “seen as a particularly suitable ‘sentinel’ group to represent most closely the HIV prevalence of the general adult sexually active part of the population”.

Officially it is called the National Antenatal Sentinel HIV & Syphilis Prevalence Survey in South Africa, and the 2010 incarnation of it was officially released by the health minister Dr Aaron Motsoaledi on Tuesday.

The national HIV prevalence rate for 2010 is estimated to be 30.2%, an increase the department of health said “is not statistically significant” compared to the previous three years (29.3% in 2008 and 29.4% in 2009), leading them to conclude that the prevalence rate is still stable.

The participants in 2010 numbered 32,225. Although the provincial prevalence rates were calculated as a total of the results from all the provincial districts, the national prevalence was weighted according to the total number of women aged 15-49 years.

As per the previous years, the province with the highest prevalence rate is KwaZulu-Natal at 39.5%, with the Western Cape recording, as it always does, the lowest rate. The only major change in terms of how the provinces line up against each other is that Gauteng overtook the North West for the first time ever. Most provinces experienced either stabilisation or rises in prevalence rates, with the exception of the North West, which saw a drop almost across all districts. The Western Cape saw somewhat significant rises in the Cape Metro and the Winelands district, a figure which Motsoaledi says could have been caused by an increase in the sample size from 2008 to 2009.

To his credit, Motsoaledi wouldn’t commit himself to conjecture on why some of the statistics stood as they did – he used the odd soundbite “we don’t know, maybe it’s because of the World Cup” – but said that if there was a notable shift in figures in either direction, the department’s top epidemiologist, Dr Thabang Mosala, would be dispatched to the district to conduct a closer study. Based on the results of previous studies (and noting that the increases in HIV prevalence were located near major highways and World Cup stadiums), the minister and Mosala guessed that migrant workers who built the stadiums and upgraded highways might have been the contributing factor.

HIV/Aids has always been thought to be a young person’s illness, since sexual activity among teenagers and adolescents is just starting and risks are taken more, but the latest survey shows that while the prevalence rate is decreasing among the younger women, it is increasing among older. Which isn’t to say that there’s a problem there – it could be that older people who are already infected are living longer thanks to antiretroviral (ARV) treatment. The treatment is aimed at older people anyway.

Motsoaledi also acknowledged that the problem with combating HIV/Aids among older (and thus very probably married) people is that the husband is generally not present during antenatal counselling, which is the only time a lot of the tested people ever get counselling. There are huge cultural barriers to break down when it comes to married couples. The idea of using a condom even after marriage is apparently an obnoxious one. There’s the issue of patriarchal attitudes towards women in the rural areas too.

However, the new circumcision drive in KwaZulu-Natal and Gauteng means that a lot of men are now receiving HIV/Aids counselling for the first time, and we should expect positive results soon, Motsoaledi hinted.

The survey results also show that HIV/Aids counselling needs to start a lot sooner. For the first time ever, the survey accepted samples from girls aged 10 – 14 years of age, and there are quite a few of them getting pregnant at that age. We shall soon see a drive for a form of sex and HIV/Aids education at the primary school level, the health minister said, though this one will have be rolled out on a school-per-school basis. There has been a lot of resistance to the idea from parents and teachers who are under the impression that such children are too young for sex, when the statistics show that clearly, they’re doing it.

So it seems like, yes, we’re holding the HIV tide. Only just. If it is turns out to be fact that patients on ARV treatment live longer, we may soon see a stage when we look forward to decreases in HIV prevalence in certain districts of the country, as it’ll indicate that the treatment is yielding positive results.

The Global Fund recently announced that it may have to cut ARV funding to some SADC countries, and we’ve already heard from Médecins Sans Frontierès that this might result in massive increases in the number of people getting HIV/Aids in neighbouring countries.

Although South Africa purchases more than 90% of the ARVs it needs with its own money, could we see a situation where patients who can’t get treatment in Swaziland, Mozambique and Zimbabwe come to South Africa for it?

“I don’t want people to ever claim that South Africa has the power or capacity to solve all the problems of the region and the continent,” Motsoaledi said. “We don’t have that power and we’re trying our best inasmuch as we can do to contribute where we can. But we can’t say that we have everything that it takes to carry the burden of the whole subcontinent. We can only do so within the country.” DM