Cosatu, R2K and Sanef to work together against the Secr...

Cosatu, R2K and Sanef to work together against the Secrecy Bill 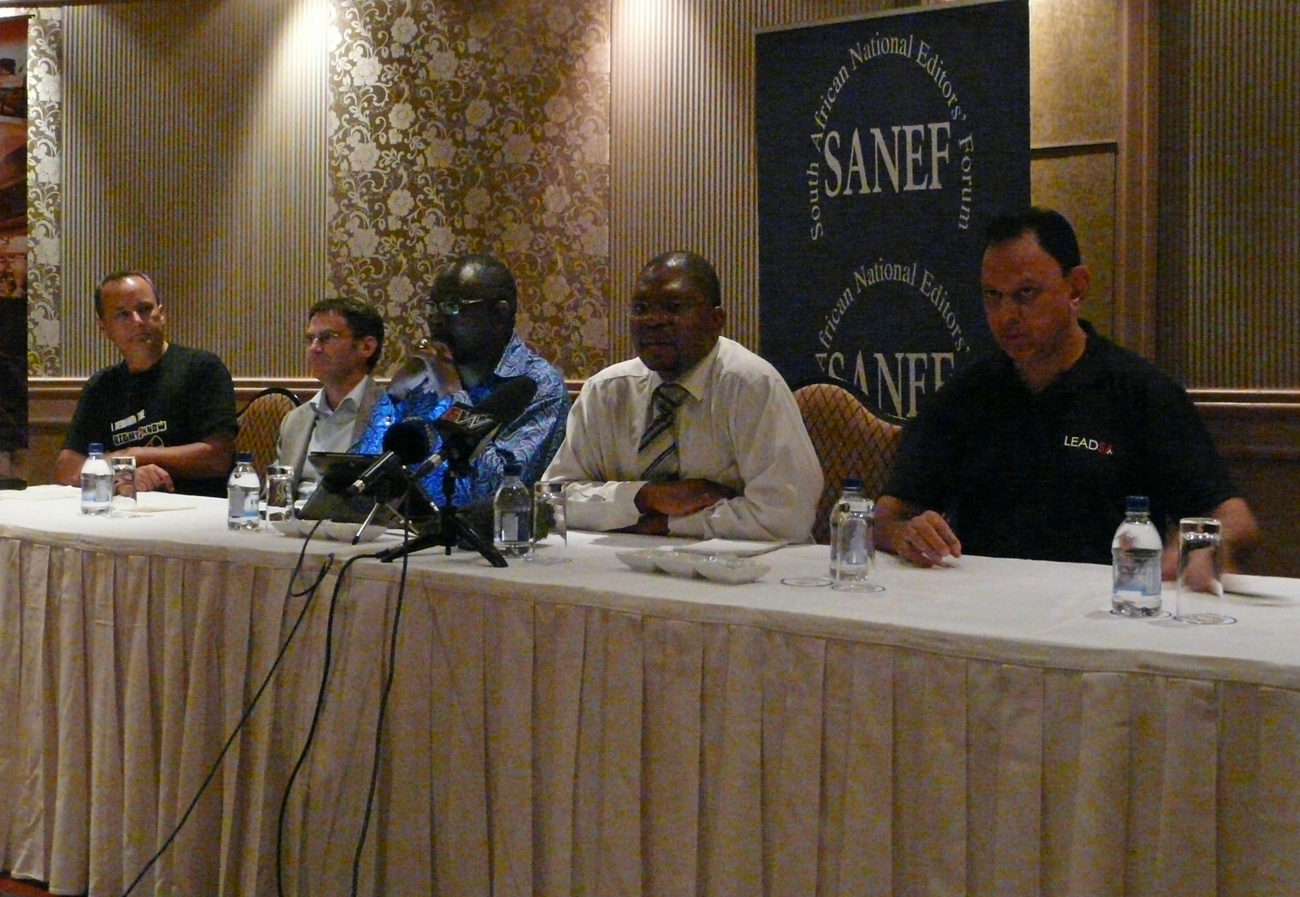 Cosatu, the Right2Know Campaign and the South African National Editors’ Forum have announced a coalition against the Protection of State Information Bill. Though loosely based, the coalition between the groups will pool efforts to lobby the National Council of Provinces and other parties of interest, and if all else fails, will present a united front against the bill at the Constitutional Court. By SIPHO HLONGWANE.

Cosatu secretary-general Zwelinzima Vavi met with the South African National Editors’ Forum (Sanef) on Wednesday morning to plan a way forward on the opposition to the Protection of State Information Bill.

The two organisations agreed that the major hurdle is that the public doesn’t seem to know what the Protection of State Information Bill is all about, and why it is a threat to everyone’s freedoms, and not just the media’s. The focus in the coming weeks is going to be on a public-awareness campaign aimed at teaching the public what threats the bill poses.

The strategy formulated by the loose coalition between Cosatu, Sanef and Right2Know can be described as three-pronged: education, petition and litigation. Primedia Broadcasting’s head of news and current affairs (and National Press Club chairman) Yusuf Abramjee said that the strategy had seven focuses. They would seek to educate the public, start a public-awareness campaign, possibly start a mass petition, hold a march to the Union Buildings (if the National Council of Provinces decides to pass the bill unamended), organise a massive summit at the end of January, and embark on more activism, as well as cooperate on possible legal action.

Vavi explained once again that they weren’t against the idea of a bill allowing for the protection of certain state information, but the current one is badly formulated and grants too many powers to the government and the Minister of State Security. He said that a key demand was that the bill shouldn’t contradict the constitutional need for an open and transparent government.

“We want a protection of public-interest clause, counterbalanced by a properly construed definition of national security,” Vavi said. “We agree that there must be a protection of state information law to protect citizens from foreign hostile activity. But the current legislation is so broadly defined that it goes beyond what it is about (national security). In its current form, it will undermine other pieces of legislation like the (Promotion of) Access to Information Act and the Labour Relations Act, which encourages whistle-blowing.

“This bill simply undermines the letter and spirit of the Constitution in every respect. This is an attack on (the workers’) right to expose corruption in the workplace,” Vavi said. He said that the prescribed jail sentence for leaking or being in possession of classified information would frighten workers into silence, even if they knew that corruption was going on. They would be afraid to touch any piece of government information, even if it had no bearing on national security.

The National Council of Provinces has now contacted Cosatu and told them to rest assured that their concerns would be taken into account during deliberation on the bill. “We hope that the process won’t be (a) fait accompli. We’ll take them on their word,” Vavi said.

Mail & Guardian editor Nic Dawes said that it has become clear that the opposition to the Protection of State Information Bill isn’t just liberals romanticising democratic theory, but an attack on the rights of the poor.

Both Dawes and Vavi repeatedly said that the values derived in the Constitution come from the Freedom Charter (which wasn’t imposed on the people by some “antimajoritarian liberal forces”, to quote everyone’s favourite unionist), but was crafted by consensus.

If all the talking, marching and petitioning fails, Cosatu, the Right2Know Campaign, and Sanef will start planning a coordinated application to the Constitutional Court.

To all the political junkies out there, brace yourselves: 2012 promises to be a year of a screamingly rich harvest. DM