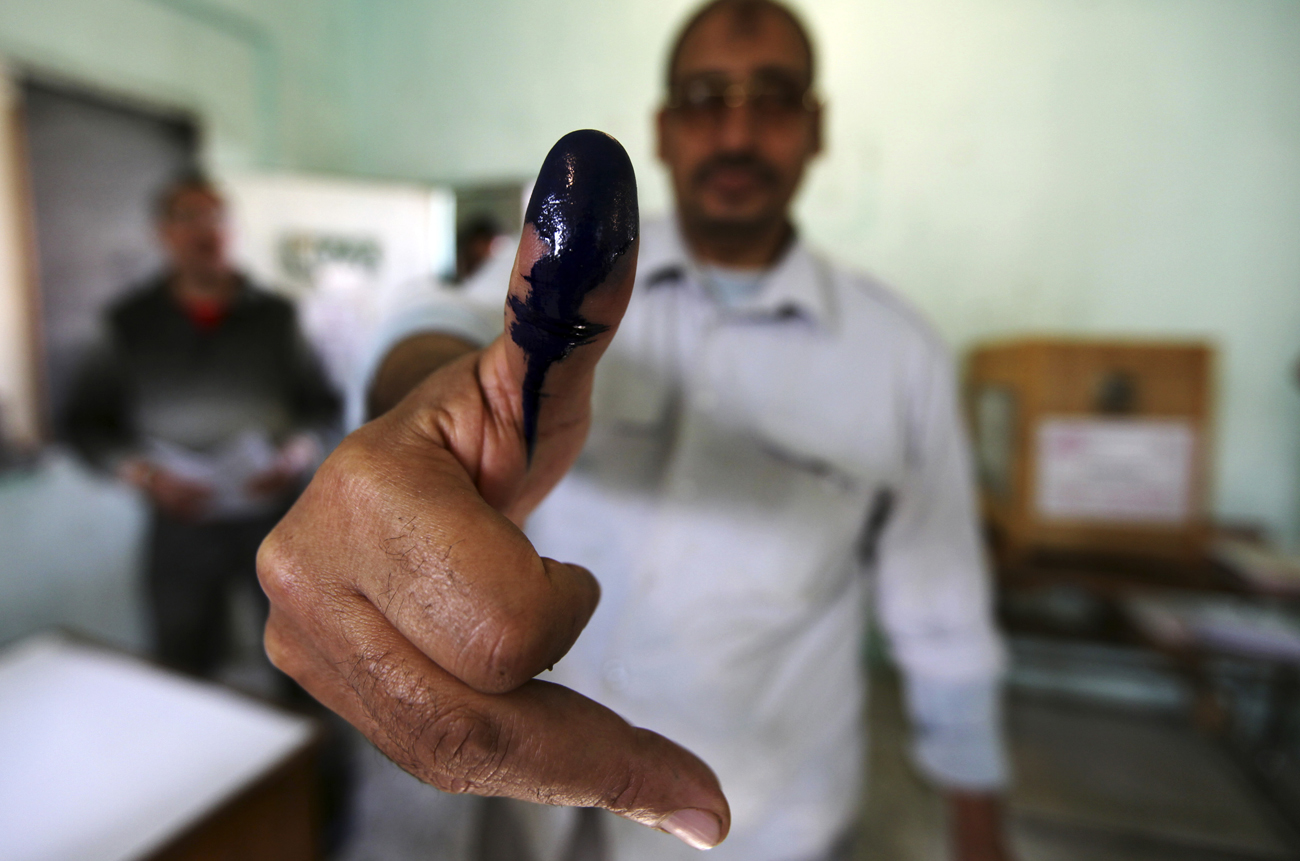 When Egyptians went to the polls on Monday, several journalists and bloggers were still nursing bruises and broken limbs after the crackdown on the media in the lead up to the elections. Others remained in jail. Seems the country's current military rulers are no better than the Mubarak regime – certainly not in their treatment of the press, particularly female journalists. By THERESA MALLINSON.

Egypt’s elections have had their share of uncertainty: the recent surge of protests in Tahrir square and doubts about whether the military junta is all that ready to cede power. But throughout the lead up to the first elections since Hosni Mubarak was toppled from power in February, one thing has remained a constant: the harassment and brutality directed at journalists.

On 21 November the Committee to Protect Journalists reported that at least 17 journalists had been assaulted by security forces over the preceding weekend, according to the secretary-general of the Egyptian Press syndicate. The attacks took place both in Tahrir Square in Cairo and Alexandria.

Over the last week, these intimidation tactics continued, and seemed to be particularly directed at women. In three high-profile cases, American film-maker Jehane Noujaim was detained for 36 hours on Wednesday; journalist Mona Eltahawy, who holds dual US-Egyptian citizenship, was detained for 12 hours on Wednesday night, during which time she was sexually assaulted and had both her arm and hand broken; and French television reporter Caroline Sinz was assaulted in Tahrir Square on Thursday – echoing CBS correspondent Lara Logan’s experience in February.

Watch: Mona Eltahawy describes her assault in Egypt, on CNN, via Youtube:

In response Reporters Without Borders (RSF) issued a press statement on Friday, calling on media organisations not to send female journalists to report in Egypt. “For the time being (media should) stop sending female journalists to cover the situation in Egypt. It is unfortunate that we have come to this but, given the violence of these assaults, there is no other solution,” the statement read.

However, there was widespread outcry at such a recommendation. An anonymous female Egyptian reporter was quoted in the Guardian as saying: “I’ve never experienced this much (harassment) in all my time in Egypt. Today’s Tahrir Square has a menacing feel. It’s a grittier and dirtier Tahrir than before.” But she did not feel the solution was to withdraw female reporters from conflict situations. “We are equally capable as men, and also we have a different perspective which makes it important for us to be in the field.”

RSF quickly amended its stance, issuing a new statement: “We urge the media to take great care and to make the security of their reporters and local correspondents their priority,” the statement read. “It is more dangerous for a woman than a man to cover the demonstrations in Tahrir Square. That is the reality and the media must face it. It is the first time that there have been repeated sexual assaults against women reporters in the same place. The media must keep this in mind when sending staff there and must take special safety measures. We are not saying the international media should pull out and stop covering events in Egypt. But they need to adapt to the threats that currently exist. And women journalists going to Tahrir Square should be aware of this situation.”

Meanwhile, apart from the ongoing intimidation of both international and local journalists focused around Tahrir Square, bloggers and activists remain languishing in jail, as their time in detention keeps being extended. On Sunday well-known Egyptian blogger Alaa Abd El-Fattah, had his detention extended for yet another 15 days. He was originally arrested on 31 October on trumped-up charges of inciting violence and assaulting military personnel. Another blogger, Peter Azmy Yousef, who was arrested for insulting the country’s interim military rulers on Facebook, similarly faces another 15 days in jail.

In yet another case, blogger Maikel Nabil has been in jail since April, when he was sentenced to three years in jail for criticising the military’s part in the revolution. Although he is awaiting a retrial, this keeps getting postponed, with the latest date set for 4 December. Nabil has been on a hunger strike for almost a hundred days, in protest at his treatment.

As Human Rights Watch noted on Sunday: “The Mubarak government frequently used overly broad provisions in the penal code to crack down on criticism of the government’s policies and human rights record, trying editors, opposition leaders, and activists on charges of ‘insulting the president’ or ‘insulting public institutions’. The military government and courts are today using the same provisions.”

While Monday’s elections largely seem to have gone off with out a hitch, it will take a lot more than simply ushering in a new government to create a culture of respecting journalists’ rights, women’s rights and human rights, in Egypt. As Eltawahy told Democracy Now on Monday, speaking about her experience: “This is for Egypt. People have lost eyes. People have been killed, people have lost loved ones. What happened to me is minuscule compared to that. I have a voice in the media – they don’t. So I want to use that voice to get across to the world that our revolution continues.” DM