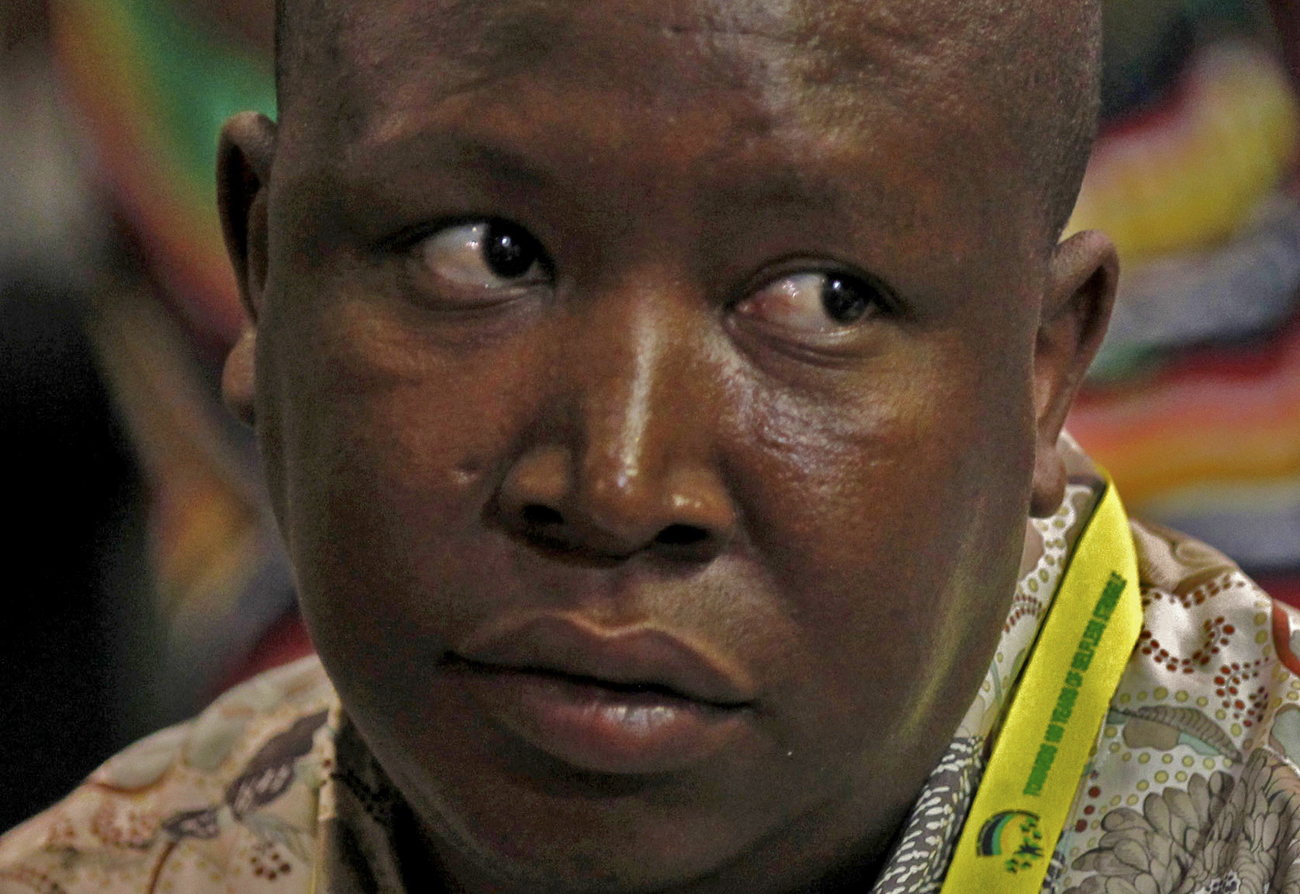 Julius Malema was quoted saying, "I'm finished" in the Sunday Times. What Malema says, what he means and what he does next can be three distinct concepts. But this is such a strong quote it does appear to mark a real admission of defeat. What now? And more interestingly, what does this mean for the ANC Youth League? By STEPHEN GROOTES.

Julius Malema is nothing if not one of the more confident beings among us. He is, usually, full of himself. Whether throwing journalists out of media conferences, hurling abuse, screaming defiance or walking a few kilometres on the N1, everything he does comes with a swagger, a sense of self-belief that he is invincible. Even his voicemail contains the phrase: “We will never be defeated”. Which means that when the actual time comes, it will not just be his political persona that gets affected: he will be losing a huge chunk of himself. A big political defeat will touch his very soul. He will be left almost a hollow echo of himself for a while.

This is why these comments matter. It’s easy to claim, as has happened so often in the past, that what Malema says is not necessarily any indication of what he does. But, almost always, he refuses to countenance defeat. The fact that he has said this changes the game.

It’s also the culmination of a fairly lengthy psychological process. It’s been known for some time that the final climax of the Malema saga would come in the national executive committee of the ANC. The national disciplinary committee has been pretty forthright so far, and Malema has already indicated his grounds for appeal. But those grounds appear quite technical and thus weak. Finality appears to be approaching.

And while Malema may feel he wants to stay in politics, or not, it seems his future as a cattle farmer is less than assured. For a start, while we will refrain from making any comments about the early mornings a farmer needs to keep, the attentions of several government agencies may keep him busy.

So the real question is: Where does all of this leave the League?

When – and I acknowledge the lack of the word “if” here – Malema goes, he will leave simple chaos behind him. The League is in tatters. It is becoming more and more apparent now that his strategy was never to ensure the mass members of the League (roughly 360,000 of them) on his side, but to keep the leaders on his side, resulting, over time, in the organisation becoming a hollowed-out entity. What you have now is a group of leaders, most of whom were behind Malema, and behind them are followers who are not on the same page as their leaders. There’s a big gulf between the led and the followed. At the same time, the leaders have no leader, because of the role Malema played. He was the League, the League was Malema. And he kept out anyone he thought would have the gall and the brains to take his job.

But it gets worse from here. As part of Malema’s final thrashings, several of the regional and provincial leaderships have been disbanded – sometimes amid real rancour. Just last week the provincial secretary in Mpumalanga, Johan Mkhatshwa, was removed from his post and subjected to disciplinary action. Two other provincial executive committee members from the same province were dismissed as well. This was all about Malema. One was accused of saying that he, “hated Malema with a passion”. Mkhatshwa’s sin, it seems, was to join the growing choir of League voices to accuse Malema of unilaterally amending the League’s constitution so that even if suspended from the ANC, he would keep his position as leader.

Problem is this set of sackings didn’t work: half of the Mpumalanga PEC resigned in protest. In KwaZulu-Natal the saga involving Malema’s earlier attempt to disband the PEC there is still playing out. Malema tried to kick out provincial leader Mthantheni Dlungwana. Dlungwana quickly got the provincial ANC behind him – it’s KZN, which side of the Malema/Zuma battle do you think they’re on? In the end Malema seems to have given up.

Then there’s Eastern Cape, where even the leaders Malema has tried to buy up have been a little soft in their support. There, over the weekend, it emerged the regional executive committee of the Nelson Mandela Bay municipality has been disbanded. No doubt, there was Malema mess involved there too.

And to add to the disaster that is the League’s state of affairs at the moment, it’s not clear who will take over from Malema. Normally you’d think it would be Ronald Lamola, the deputy leader. But he’s a newbie, and Pule Mabe, the treasurer, appears to have some strong opinions on the matter. So there’s chaos at the top too. Up until now, we might have thought that Malema would try to keep running the thing through remote control. But that’s complicated, technical and doesn’t really play to his strength. There’s no glory in it – although there may be money. So there’s a vacuum across the whole League.

However, as in nature, so too in politics, politicians abhor a leadership vacuum. They rush in to fill it. And all of Malema’s shenanigans in trying to keep people on his side have led to choirs of people he’s trodden on and who are keen on revenge. Now is their time. Dlungwane must be one. Eastern Cape would like a go at the leadership chair for a change. And, of course, we mustn’t forget, Limpopo’s Lehlogonolo Masoga. He has perhaps been the longest suffering of them all, having been thrown out of the League last year. And he’d just like to have a poke at Limpopo Premier Cassel Mathale, one of Malema’s biggest supporters. Masoga was recently elected deputy chairman of his local branch (well, a local branch, it’s in Flora Park in Polokwane. Guess who owns a home there? Yip, young Julius himself).

The ANC Youth League now is probably in its worst state since it was re-launched above ground in South Africa by Jackie Selebi in the early 1990s. It has no sense of direction, and is likely to be ripped apart further by leaders with violently different agendas that are really all about their own personal futures. It’s a golden opportunity for the national ANC to step in and take charge.

The ANC (well, President Jacob Zuma and secretary general Gwede Mantashe) will be able to claim it’s in chaos, the current leadership wasn’t properly elected and thus the whole thing needs to start again. You can imagine the fun. He who controls the conference wins, remember? And if Mantashe controls the conference, his people will win, and change the League’s constitution democratically – to remove the “autonomy” clause.

Isn’t that what you would do? DM