How low can the US - Pakistani relations go?

How low can the US – Pakistani relations go? 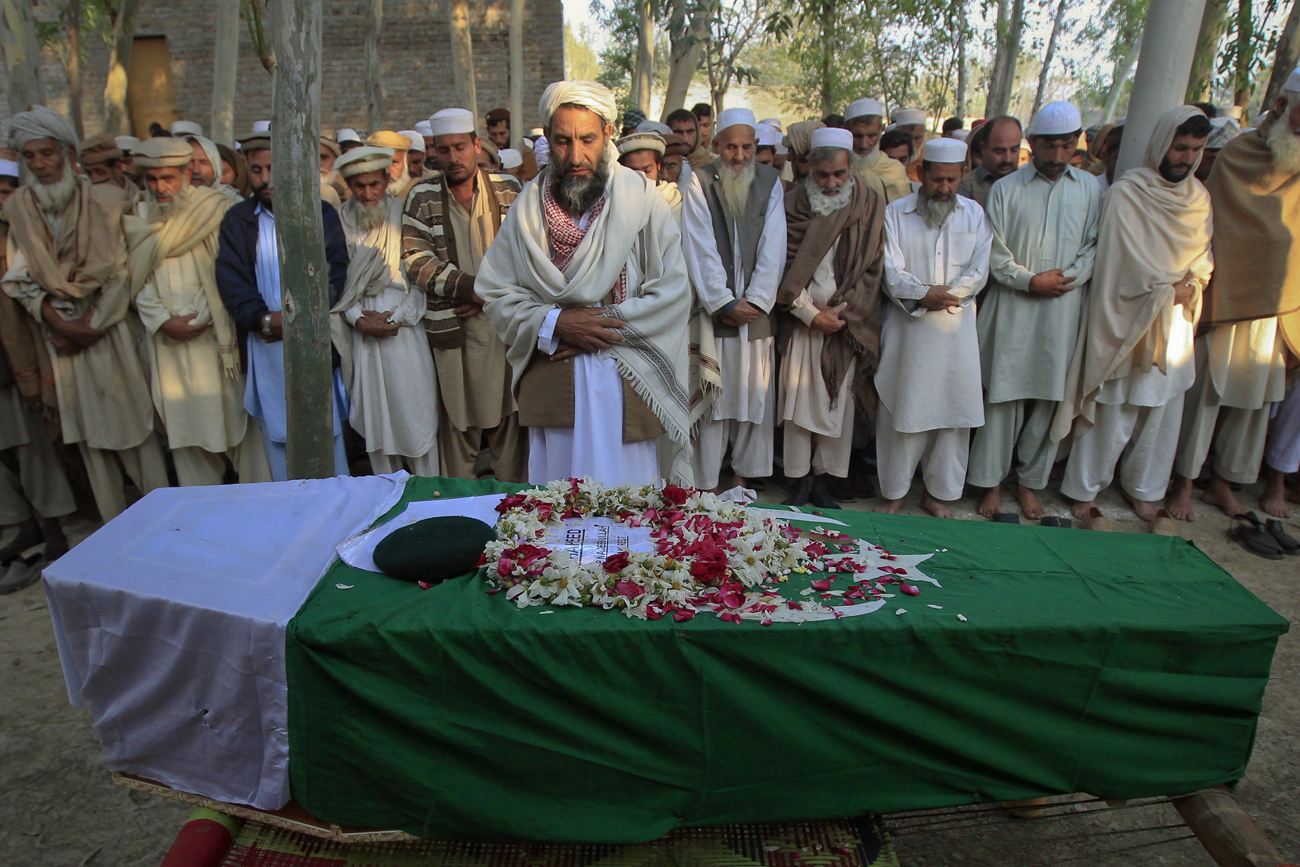 If the Nato/US relationship with Pakistan eventually spirals out of alignment, this weekend's deadly “friendly fire” tragedy may ultimately be remembered as the starting point. By J BROOKS SPECTOR.

“Friendly fire” may be the ultimate military oxymoron and the foot soldier’s greatest nightmare. When your own forces, usually far-distant artillery or tactical air support units sent in from afar, are the ones who rain down death, the grunts on the ground are the ones who rail against the futility of it all.

Incidents date back to the War of the Roses, (England’s “civil war”), the American Revolutionary wars, Napoleon’s madcap campaigns, The American Civil War, innumerable incidents in World War II, Korea, Vietnam and more recently the Middle East campaigns. The Americans call it “blue on blue” from the Civil War days. In this most recent incident on 27 November, Nato helicopter gunships of the International Security Force attacked Pakistani forces, killing at least 24 and injuring about 30.

This provoked a furious response from Pakistan, by government, military and people at large. In its first response, Nato spokesman General Carsten Jacobson told media Afghan and Nato coalition troops had been operating in the border area of eastern Afghanistan when what he labelled “a tactical situation” led for a call for close air support. The day after the attack, Afghan officials added that the call for air support came after Afghan soldiers had come under hostile fire. And Jacobson, tiptoeing through some broken shards of Nato-Pakistani military cooperation explained to BBC-TV that it was “highly likely” the air strikes resulted in Pakistani casualties, but that Nato in conjunction with Pakistan was continuing to investigate the incident.

These expressions of condolence and anger are not going to be the end of the matter this time. In a pointed response nearly 300 trucks ferrying supplies to western forces in Afghanistan are now stalled in a holding pattern at two Pakistani border crossings. This action not only halts deliveries to Nato forces, but leaves important supplies and personnel vulnerable to Taliban attacks.

Pakistan army chief General Ashfaq Pervez Kayani attended the mass funeral of victims from the strike. Such a public expression will help calm things down as well as the fact that the funerals took place at the Pakistani army’s own headquarters in Peshawar, the most important city in the northwest. Meanwhile, Pakistan, has upped the ante by telling the US to move out of an air base it’s been using for attacks by drones on al Qaeda and Taliban militants along the Afghan border. The US has come to rely on drone strikes in response to Pakistani reluctance to target the militants that use Pakistani territory to stage attacks against American and Nato troops.

Of course, some larger geopolitical pressures have kept the US and Pakistan in harness, even if the pairing has been difficult and awkward. Pakistan remains reliant on growing  influx of American military and economic assistance. Meanwhile, the US depends on Pakistan’s help in nudging Afghan insurgents into peace talks, let alone access to overt and covert bases, and its tacit agreement to allow strikes such as the one that killed Osama bin Laden. But the tension in the bilateral relationship as a result of these latest fatalities may well become worse if those now-idled trucks are attacked.

Last year, about 150 trucks filled with supplies were destroyed when Pakistan closed one border crossing for 10 days in response to an earlier helicopter attack that had mistakenly killed two Pakistani soldiers. This time, however, the Pakistanis have closed Torkham and Chaman. That’s a very tempting target.

On Sunday, Pakistani foreign minister Hina Rabbani Khar told secretary of state Hillary Clinton that the attack had zeroed out any recent progress in improving their two nations’ frayed alliance. Khar said the attack showed complete disregard for human life and had sparked rage within Pakistan. And this was no private phone call – the Pakistani PM’s office spelled the whole thing out in a press release just in case anyone failed to notice.

And all of this comes just as America is preparing to reduce its forces in Afghanistan. The resulting difficulties in military operations – if the US and Pakistan cannot at least paper over this latest problem and figure out a working relationship – make successful operations in Afghanistan much more difficult. This, in turn, will make criticism from congressional figures and from among the eight Republican presidential candidates of Obama’s handling of Afghanistan and relations with Pakistan all the more pointed, just as the Republican primaries are about to begin. Oh, what tangled web we weave … DM