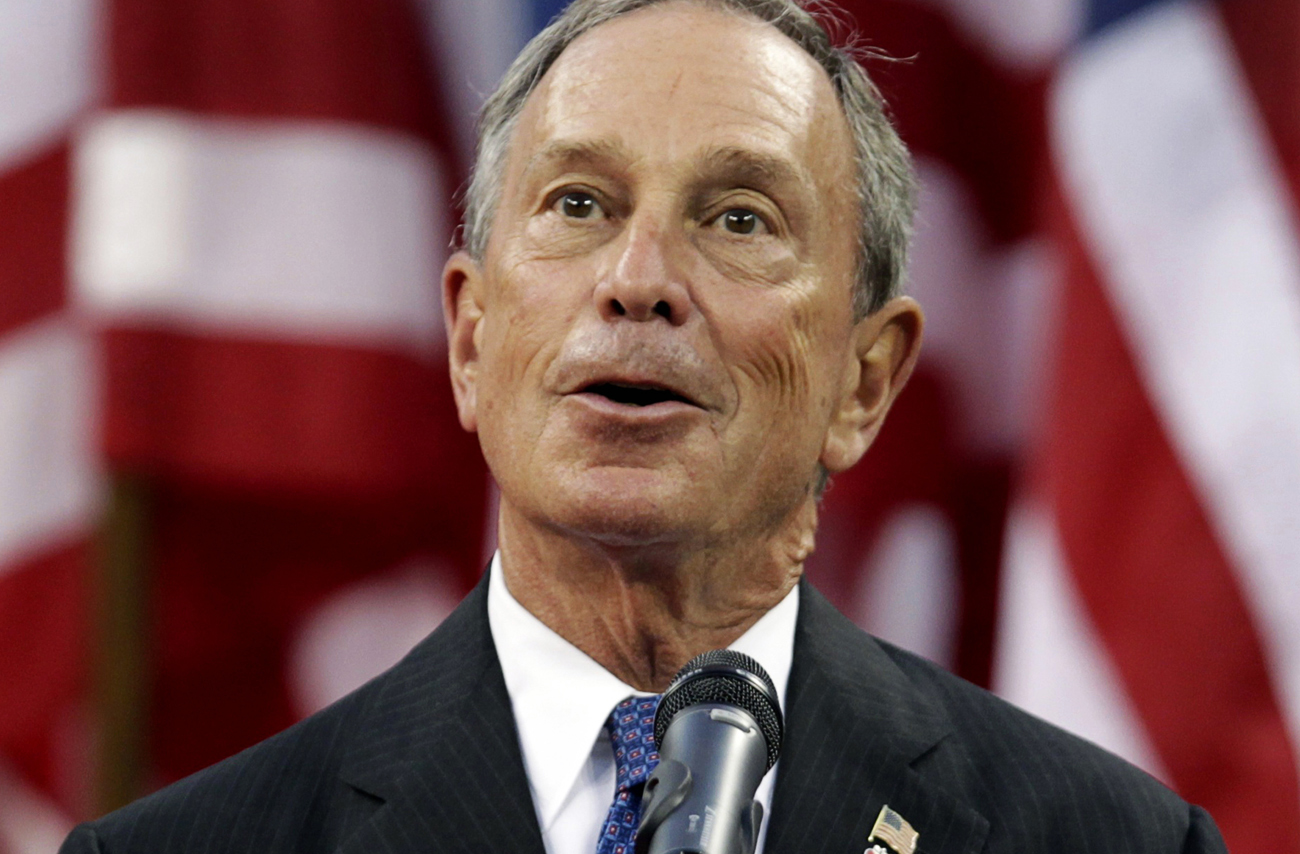 On Monday 21 November, the centrist title Newsweek published a feature that closely analysed Michael Bloomberg’s plans for global media domination. Coming on the back of the NYPD’s midnight raid on the Occupy Wall Street protesters, which was sanctioned by Mayor Bloomberg and saw 26 reporters arrested, the article left the reader with a question: what would the world look like with this man in the White House? By KEVIN BLOOM.

In October 1987, eight days before stocks around the world crashed in an event that would come to be known as “Black Monday,” the New York Times ran a piece under the header “Life after Salomon Brothers”. The main character in the piece was one Lewis Ranieri, a former vice president of the company who’d been pushed out after an internal power struggle, but who’d left with millions of dollars in compensation. What, the Times wanted to know, had the Wall Street titans who’d exited the investment bank along with Ranieri done with their respective windfalls? And how many of the members of the “class of ‘81” (a collection of 62 individuals who’d engineered a merger with the publicly listed Philbro Corporation, and earned an average of $7.8 million for their troubles) could say that their success was not due to Salomon Brothers alone?

In answer to the last question, there was really only one individual to whom the Times could turn. Michael Bloomberg, then 45, had been pushed out of the firm shortly after the merger, and had invested $4 million of his $10 million payout in a start-up. The idea? A computer network for the provision of detailed information on securities trading to members of the financial community.

Noted the newspaper: “The relentlessly energetic businessman, who is just beginning to look a bit older than the bright-eyed Harvard Business School graduate he was when he started at Salomon, is up every morning at 5. He is in his New York office from 7 A.M. to 7 P.M. and his last call before he turns in each night is to his computer room. The company has 2,500 computer terminals on traders’ desks all over the world. Mr. Bloomberg says he has access to all the capital he needs. And he may need plenty. ‘Do I want to put a terminal on everybody’s desk?’ he asked. ‘Sure.’”

Fast forward to 2011, and Ranieri has gone down in history as the man who masterminded mortgage-backed securities, a villain in the eyes of Nobel economics laureate Robert Mundell, who included him amongst the “Five Goats” responsible for the financial crisis of 2008. Bloomberg, meanwhile, has parlayed his idea and relentless into a global media behemoth whose terminals are an unequaled cash cow, making him the 12th richest person in the United States, with a net worth of almost $20 billion. Since 1 January 2002, of course, he has also been the mayor of New York City.

Question is: beyond the early breaks they both got at Salomon Brothers, could there be a deeper link between Ranieri and Bloomberg? While the Occupy Wall Street protesters certainly saw the mayor as a villain, an enemy of the 99% very much in the mould of Ranieri, lately some centrist voices have begun to sound the alarm bell too. On Monday 21 November, for instance, Newsweek ran a feature entitled “Bloomberg’s plan for World Domination,” wherein journalist Nick Summers argued that the mayor is only going to get more powerful once he steps down from office in late 2013, and that because of this there are reasons for concern.

Most obvious is the manner in which the mayor cracked down on the Occupy Wall Street protesters in a midnight raid last week, enforcing a media blackout and arresting reporters in the process (after the raid, Bloomberg’s spokesperson Stu Loeser issued the following gob-smacking statement: “You can imagine my surprise when we found that only five of the 26 arrested reporters actually have valid NYPD-issued press credentials.”) Given that Bloomberg terminal money, which has ensured the company’s monumental expansion as other media companies have floundered, has allowed the conglomerate to hire 2,700 reporters and editors over the last 20 years – more than any other media entity on the planet – the crackdown only becomes more significant.

As Summers pointed out with respect to the above: “Bloomberg the company is not all that well known beyond Wall Street; its expansion has managed to be both subtle and seismic, and could fundamentally alter not just the kind of news Americans get but the events in the news themselves. While one guiding principle of traditional journalism is to ‘comfort the afflicted and afflict the comfortable,’ Bloomberg has made its money comforting the comfortable – plying high-spending traders and other business insiders with all the data they need to do their jobs with confidence.”

Then there’s the fact that Bloomberg (the company) is now taking its model “inside the Beltway,” meaning literally inside the Capital Beltway that encircles Washington DC, and metaphorically inside the American political system. In August this year, Bloomberg LP acquired the Bureau of National Affairs (BNA) for $990 million, and with it the 350 newsletters the decidedly un-sexy company produces on topics like tax, health care and labour – newsletters without which thousands of Washington functionaries could not do their jobs. As rumours of a Bloomberg run for the presidency begin to flare up again, this detail, taken together with the detail that he changed New York City’s term limit laws so that he could run for a third term as mayor, is not inconsequential.

Summers once more: “It’s impossible to talk about the aspirations of Bloomberg the business without addressing Bloomberg the man: it is a company owned by a politician, buying companies that influence politicians. For the decade that he has been mayor of New York, he has been officially barred from determining the direction of the company he founded. (Behind the scenes, he does have his say on top hires, acquisitions, and projects that pique his interest, like Bloomberg iPad apps.) When the mayor reenters civilian life on Jan. 1, 2014, his admirers believe his power will only grow.”

Some of his detractors believe it too, of course. And while it’s still way too early to draw the comparison, how different will a President Bloomberg really be from another (recently ousted) media mogul turned head-of-state? DM