Jaguar XJ Supersport adds some show to the go

Jaguar XJ Supersport adds some show to the go 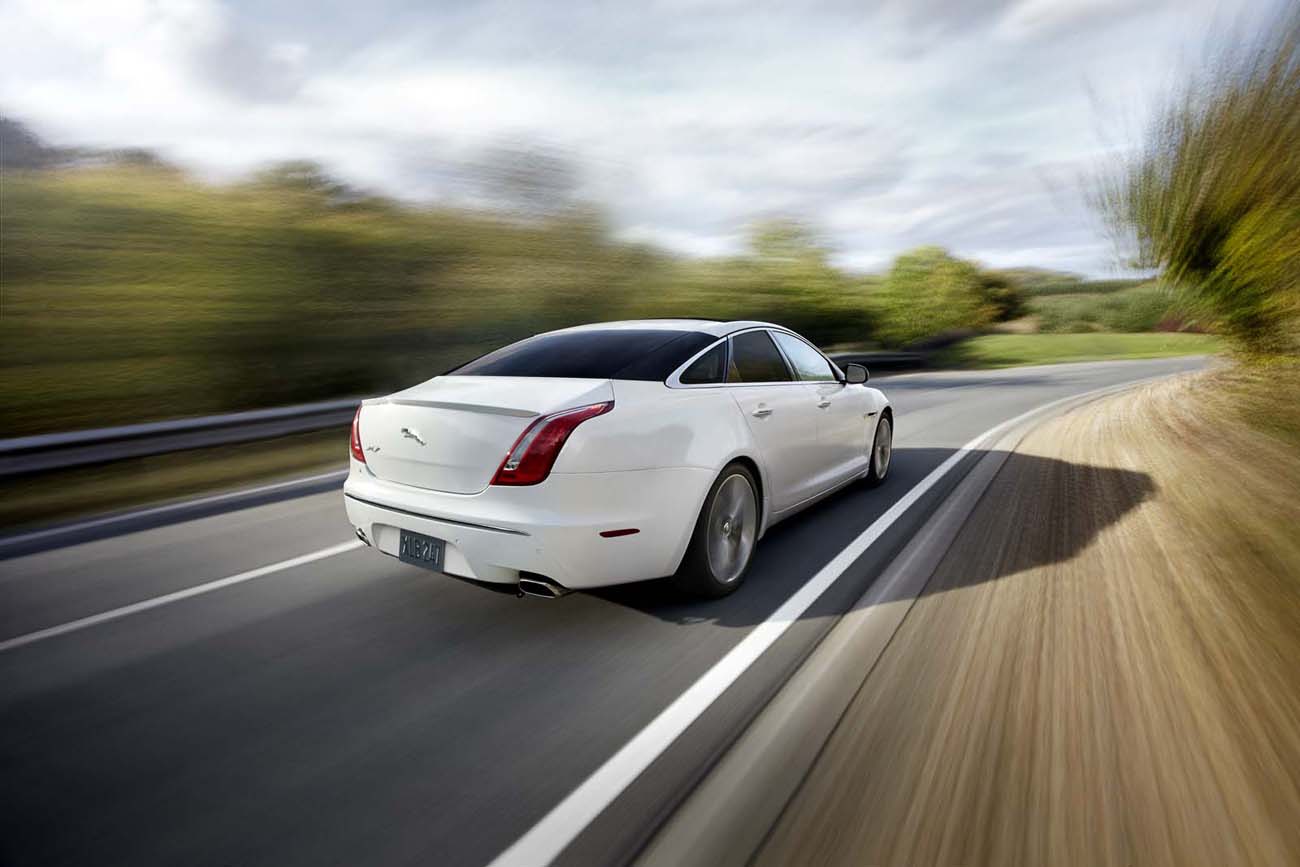 The XJ is Jaguar’s flagship, designed to go up against the BMW 7-Series, the Mercedes-Benz S-class and, of course, the Audi A8. So luxury and prestige are very much a part of this car’s make-up, while sportiness and dynamics aren’t always top of mind. Enter the XJ Supersport. By DEON SCHOEMAN.

The supercharged Jaguar XJ V8 5.0 Supersport might not look all that different from a standard XJ. In fact, you’ll need to be a bit of an aficionado to tell the two apart. But despite the understatement, there’s a whiff of menace about the big sedan. Which makes the news that the Supersport designation relates to little more than a badge and a few aesthetic changes all the more disappointing. But don’t despair – that supercharged V8 drivetrain probably didn’t need any extra oomph anyway. Despite Jaguar’s rich and well-established motorsport heritage, a racing circuit isn’t the most obvious place to explore the dynamic virtues of the XJ, despite the expectations the Supersport badge may create. Besides, our example was the long-wheelbase version, which suggests more weight and reduced agility. But since we found ourselves in the south of Portugal with the quite superb Autodromo de Algarve at our disposal, we jumped at the chance of pushing the XJ to the limit.

What were we doing in Portugal? Well, regular Daily Maverick readers may remember that our real mission in the land of fine port and fiery chorizo was to sample the Jaguar XK-RS – the hardcore version of the XK-R Coupé, and a car perfectly suited to being thrashed around a racing circuit. As it happened, we ended up with more track time than expected. And while the Jaguar minders had already spirited away our XK-RS, the XJ SuperSport was standing idle. It was an opportunity to good to miss!

A couple of exploratory laps proved that, surprisingly, the big Jag felt much more at home on the autodromo than we expected – despite an overall length of 5.55m, a width just short of 1.9m, and a kerb weight of 1.9tons.

Yes, there’s no disguising it: the XJ Supersport is a large car. But its unusual fastback shape does a good job of disguising its bulk. Having been committed to the slim, almost feline shape of the original three-box XJ sedan for decades, Jaguar needed to create something that would stand out from the luxury-car crowd. The result is an XJ that succeeds admirably in establishing a distinctive and innovative presence, while still expressing the Jaguar character. The Supersport execution is offered on both the normal and long-wheelbase versions, and gains a number of cosmetic enhancements, including subtle aerodynamic aids. These include an unobtrusive front splitter and a more pronounced rear boot lip, both aimed at boosting stability. The front grille, the lower air intake and the side vents are all finished in glossy black, while the car rides on bigger, 20-inch alloy wheels.

The result is an appearance that places greater visual emphasis on the XJ’s dynamic capabilities – and rightly so. After all, it’s easy to forget that the all-aluminium XJ isn’t just a luxury wafter, but also an extremely capable driving machine.

The interior, however, retains its resolute focus on cosseting its occupants in comfort and style. There’s nothing overtly racy about the interior treatment, although again, there are subtle additions to distinguish this beast from the normal XJs out there.

These include more specifically sculpted bucket seats in the interests of improved support, while the piano black finishes are augmented by carbon fibre highlights. The pedals, fashioned from gleaming stainless steel, add a further dashing touch. Of course, the cabin comes equipped with every conceivable modern convenience, presented  with a certain traditional charm, yet linked to high-tech features and tactile quality. But let’s not lose sight that this XJ also has some very real performance talents.

It might be called a Supersport in this guise, but it’s originators never meant it to be hurried around a track.  If anything, punting it into corners hard and braking at the very last moment underscores how large and heavy a machine this is and that the damping is still softer than you’d expect of a car with a certain measure of athletic intent.

But having said that, the XJ Supersport is a lot wieldier than you’d think. The Autodromo de Algarve is a very technical track. There are a lot of off-camber curves, sharp corners, blind rises and sudden drop-offs, and yes, in the really tight stuff, the XJ does understeer. However, in straight-line terms, it’s extremely stable, even at high speed – on this circuit’s long, long back straight, you’ll see the speedometer needle sweeping past the 200km/h mark with ease. And when the brake markers flash by, those big discs and callipers provide impressive bite.

The chassis, while prioritising smooth and unfussed progress, is still responsive enough to allow unequivocal communication. And then there’s the steering, which is nice and meaty at speed, but always retains the precision required to carve through corners.

In pure, straight-line terms, there’s no question that this is a very rapid car indeed. The zero-to-100km/h sprint is almost disdainfully despatched in under five seconds, while the top speed remains electronically governed to 250km/h – more than enough to have law enforcers throw the book at you.

All of which goes to show that Jaguar’s performance pedigree is suitably expressed in the XJ Supersport context. Of course, it helps that the supercharged five-litre V8 under the bonnet delivers a mighty 375kW of max power, and a  torque peak of 625Nm, which translates into a power-to-weight ratio of 196kW/ton. The six-speed automatic gearbox is as slick and smooth as you’d expect of a car in this league, yet shifts just quickly enough in sport mode to augment the overall experience. Add big brakes capable of hauling the Jag to a standstill without fuss, and this XJ emerges as a very swift and very competent executive express.

There’s no doubt the XJ is a daring expression of the luxury-car art in a segment usually ruled by conservatism and tradition. The Supersport version focuses on the dynamic prowess of the car, and while it’s more of an exercise in image and aesthetics, it does emphasise that the XJ is not just a luxury limousine, but also a driver’s car. That’s an unusual attribute, given that, at more than one-and-a-half million bucks, most contenders in this league end up being driven by James the chauffeur, while the owner lounges in the back. With an XJ SuperSport in the garage, there’s every chance that James will get more weekends off. DM