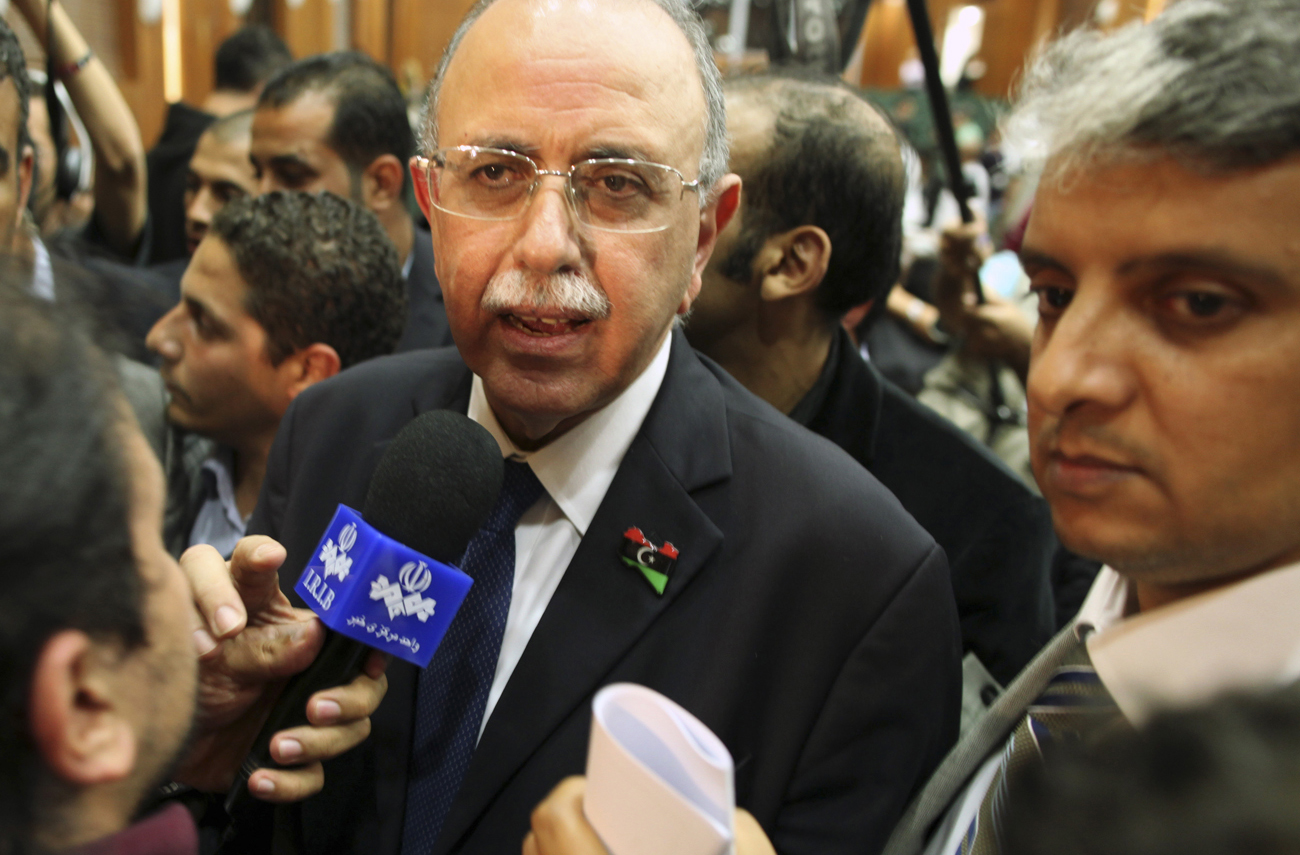 After weeks of delays and negotiation, Libya’s National Transitional Council finally announced a cabinet to run the country. But the real story is not the appointments themselves, but what they say about how power is apportioned in the post-Gaddafi Libya; and how Islamists aren’t getting any of it. By SIMON ALLISON.

In announcing his cabinet, Prime Minister Abdurrahim El-Keib of Libya’s National Transitional Council sprung a few surprises. The foreign affairs ministry did not go to seasoned diplomat Ibrahim Dabbashi, who was Gaddafi’s envoy to the United Nations until becoming instrumental in organising Libyan diplomatic resistance to Gaddafi. Instead, the influential position went to Ashour Bin Hayal, a diplomat few had previously heard of, but who happens to come from an important region in Libya.

A similar story with the hugely important defence portfolio. Abdul Hakim Belhadj was expected to get the job. Belhadj spent time with the Taliban in Afghanistan, and has previously been jailed both in Libya and in Guantanamo Bay. He played an important role in organising the military aspect of the revolution and is currently the military commander for Tripoli. He is also an Islamist.

But the defence ministry went to Osama Al-Juwaili, the commander of the Zintan military council. It was his forces which captured Saif al-Islam Gaddafi and his appointment is perhaps some kind of quid pro quo in exchange for Saif being handed over to the NTC for trial.

In both instances, the actual appointee is less important than the area from which they come. A geographical spread was one of the key factors in putting the new cabinet together. “All of Libya is represented,” El-Keib told a news conference as he unveiled the line-up. “It is hard to say that any area is not represented.”

In principle, this makes sense. One of the core strategies used by Gaddafi was to concentrate power in the hands of those close to him. This meant that important positions were invariably held by people from Gaddafi’s tribe, and that government money flowed into places where Gaddafi had connections, such as his hometown of Sirte. The rest of the country was marginalised. Therefore, in Libya’s new dispensation, it’s important that the whole country be represented in the cabinet.

It’s also politically necessary because, in the course of the revolution, Libya fragmented into various regional groupings. It’s a mistake to think of Libya’s rebels as a united front, moving in unison; rather, the armed movement was made up of a number of smaller militia groups, usually identified with a particular town or region. So you have the Misrata brigades, for example, who eventually caught and killed Gaddafi, apparently against the will of the NTC. Or the Zintan military council, led by Libya’s new defence minister, which led the push into Tripoli. These groupings are all armed and battle-scarred, and all want to be part of Libya’s government. The NTC clearly cannot afford to alienate a group of armed and battle-hardened fighters, so must include them in government, which is why they’re forced into organising their cabinet – and the distribution of power – on a regional basis.

The other intriguing element of the new cabinet is the absence of any overt Islamists. The great surprise of the Arab Spring – to western media, at least – has been how Islamist groupings have dominated the political climate in both Tunisia and Egypt in the aftermath of those revolutions. It was expected that Islamist parties would be popular in Libya too, but high-profile Islamist figures have not been included in the new government.

If this is meant to reassure Western governments (already jittery about the NTC’s earlier proclamation that Sharia law would be introduced), it shouldn’t; leaving Islamist heavyweights such as Belhadj out of government will only inflame tensions. It also doesn’t mean the government will abandon Sharia law. But it does show that western governments, particularly the USA, do have significant influence over the NTC. This is only circumstantial evidence, but it’s unlikely to be a coincidence that Susan Rice, the US ambassador to the United Nations, was in the country at the time of the cabinet announcement. It’s also true that for Libya to appoint a former Guantanamo Bay inmate as defence minister would have been a diplomatic embarrassment for the Americans.

Not everyone’s happy with the new cabinet. Various wire agencies are reporting strong opposition within the NTC to some of the appointments. But the new cabinet was never going to please everyone; what we have learnt instead is that it is designed to please the revolution’s regional factions, and its western backers. DM