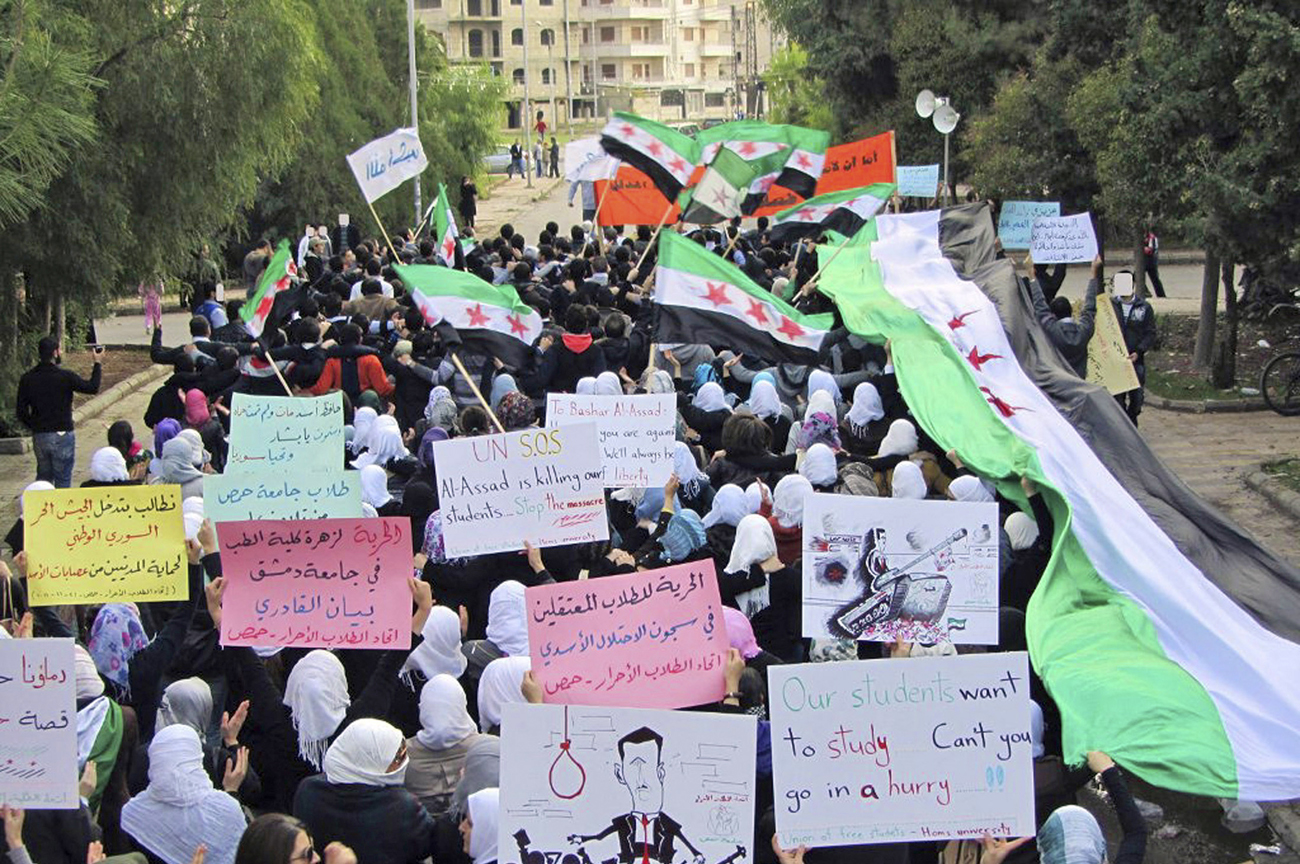 The human rights committee of the United Nations General Assembly on Tuesday voted in favour of a resolution condemning Syria for its eight-month crackdown on pro-democracy demonstrators. The resolution is toothless except as a message to the Syrian government that the world will not accept abuse and death as a legitimate path to retaining power. Yet South Africa chose to abstain from the vote. KHADIJA PATEL spoke to Human Rights Watch about recent events in Syria.

The UN resolution, co-sponsored by 61 states, including the United States and a number of Arab countries, condemned human rights abuses by the Syrian regime, including the killing, arbitrary imprisonment and torture of civilians, including children. Altogether, the resolution received 122 votes in favour, 13 against it and 41 abstentions. With this resolution, Syrian President Bashar Al-Assad has for the first time confronted the rising volume of international condemnation against his regime.

The resolution adopted by the UN General Assembly’s human rights committee, calls on Syrian authorities to comply with their international obligations and cooperate fully with the Commission of Inquiry established by the UN Human Rights Council. International rights watchdog Human Rights Watch however have expressed disbelief at South Africa’s failure to condemn the Syrian regime at the United Nations.

Speaking to iMaverick from Beirut, Omar al-Issawi, Director of Advocacy and Communications for Human Rights Watch, said “It honestly defies logic why South Africa, Brazil and India continue to say that this is an internal affair in Syria that needs to be resolved within the country.”  South Africa’s Ambassador Baso Sangqu last month explained to the Security Council that South Africa feared the sovereignty of Syria would be encroached in punitive measures against the Syrian regime. He said, “A holistic political solution must be found that would respect democracy, political reform, justice, human rights as well as the socio-economic development needs of the people of Syria, in order to ensure long-term peace and stability. This solution must also preserve the unity, sovereignty and the territorial integrity of Syria.”

Al-Issawi however believes that such concerns are ill founded. “We think that the internal affairs of a state stop when you start killing your own people.” He believes South Africa’s experience of oppression at the hands of brutal dictators ought to compel the government to take firmer action against Syria. “South Africa has had a legendary struggle and the icon of that struggle Nelson Mandela is still there to achieve liberty, dignity and human rights of the people,” he said. He points out that like South Africa, India and Brazil also have a rich heritage of freedom struggles, “India had a legendary struggle under the English of another 20th century symbol, Mahatma Gandhi. Brazil went through a terrible period ruled by military government and therefore I don’t understand why there is no sense of sympathy for the Syrian people’s struggle, for their mostly peaceful struggle for their own rights, their own human rights and their dignity.”

“South Africa, India and Brazil really need to do a lot more for to safeguard the dignity and the safety of the Syrian people,” al-Issawi says.

In a report called “We Live as in War” on the crackdown on protesters in the Governorate of Homs in Syria, Human Rights Watch has found that the nature and scale of abuses committed by the Syrian security forces across the country “indicate that crimes against humanity may have been committed”. According to the report, “The similarities in the cases of apparent unlawful killings, including evidence of security forces shooting at protestors without warning in repeated instances, arbitrary detention, disappearances, and torture, indicate the existence of a widespread and systematic attack against the civilian population which has the backing of the state.”

Al-Issawi explains these findings, “According to the Rome statute of the International Criminal Court, any systematic pattern of targeting civilians with torture, murder, disappearances qualifies for the descriptions of the crimes against humanity.” Significantly Human Rights Watch has found a systematic pattern to abuses of civilians in Syria. Al-Issawi explains: “We have established a systematic pattern of these abuses taking place in Syria over the past several months and when we took a look at Homs and surrounding areas, our report came up with a conclusion which includes for example 587 civilian deaths in the period between mid April and late August of this year. Mass random killings, random shootings of people, and therefore these constitute crimes against humanity.”

Some political pundits continue to doubt the veracity of the claims of Syrian activists and caution that their account of events on the ground in the most restive areas of Syria is significantly jaundiced. Al-Issawi however defends the Human Rights Watch report. “We conducted interviews with over 110 witnesses from Syria from particularly the Homs area,” he explains, “A lot of the interviews were conducted over phone lines, through the internet and some of them even face-to-face interviews, these witnesses who gave us their testimonies.”

Syria has of course been largely closed off to the world during the uprising, exacerbating the challenges of both media and human right watchdogs like Human Rights Watch to gain a clear understanding of events. “We have a very challenging environment,” al-Issawi says, “We are unable to enter Syria and operate to work in independency and freely over there, just as the country is closed off to most if not all of human rights organisations and media organisations.” Human Rights Watch did manage to overcome these hurdles. “This is the 21st century and people have several means of getting their voice out; after that we do check and cross-reference every piece of information that we got, every video, and we got to make sure that all the testimonies did in fact match and were accurate and that we could support them in our findings.”

The Syrian government has maintained that its crackdown is in fact a defence against an armed insurrection. Significantly, the Human Rights Watch report confirms that an increasing number of people are indeed taking up arms against the Syrian authorities. “Our report indicates that there are significant numbers of armed defectors and that their numbers are increasing and they are thinking of defending neighbourhoods and protestors, shooting at the security forces and the hands that accompany them when they crack down on the protestors,” al-Issawi says. “We have also indicated in our report that people have taken up arms to defend their neighbourhoods and families.” He continues, “However, having said that, this situation has only risen as a result of the excessive and brutal crackdown of the Syrian authorities on the mostly peaceful protestors.”

Crucially al-Issawi believes that the uprising against al-Assad remains largely peaceful. “I have to stress that the protestors are still mainly peaceful,” he said. “The burden of responsibility” for the surge in violence against the Syrian government “lies with the Syrian government because with its continuous crackdown, it is forcing some people to take up arms to defend themselves and this is a very unfortunate situation.”

While the resolution passed by the Human Rights Committee in the UN General Assembly on Tuesday indicates growing international frustration with the Syrian regime’s failure to halt its crackdown, al-Issawi believes that significant international pressure against al-Assad has failed to materialise. “There is no real, concerted international pressure,” he said.

Following the vote on Tuesday, scrutiny now falls to the International Commission of Inquiry on Syria of the Human Rights Council, which is meant to be released before the end of this month. If the commission of inquiry agrees with Human Rights Watch and finds that crimes under international law, including crimes against humanity, appear to have been committed by the Syrian government, the UN Security Council may refer the situation in Syria to the Prosecutor of the International Criminal Court. But will that translate to real, concerted international pressure? DM