More Tea anyone? Or is the party over?

More Tea anyone? Or is the party over? 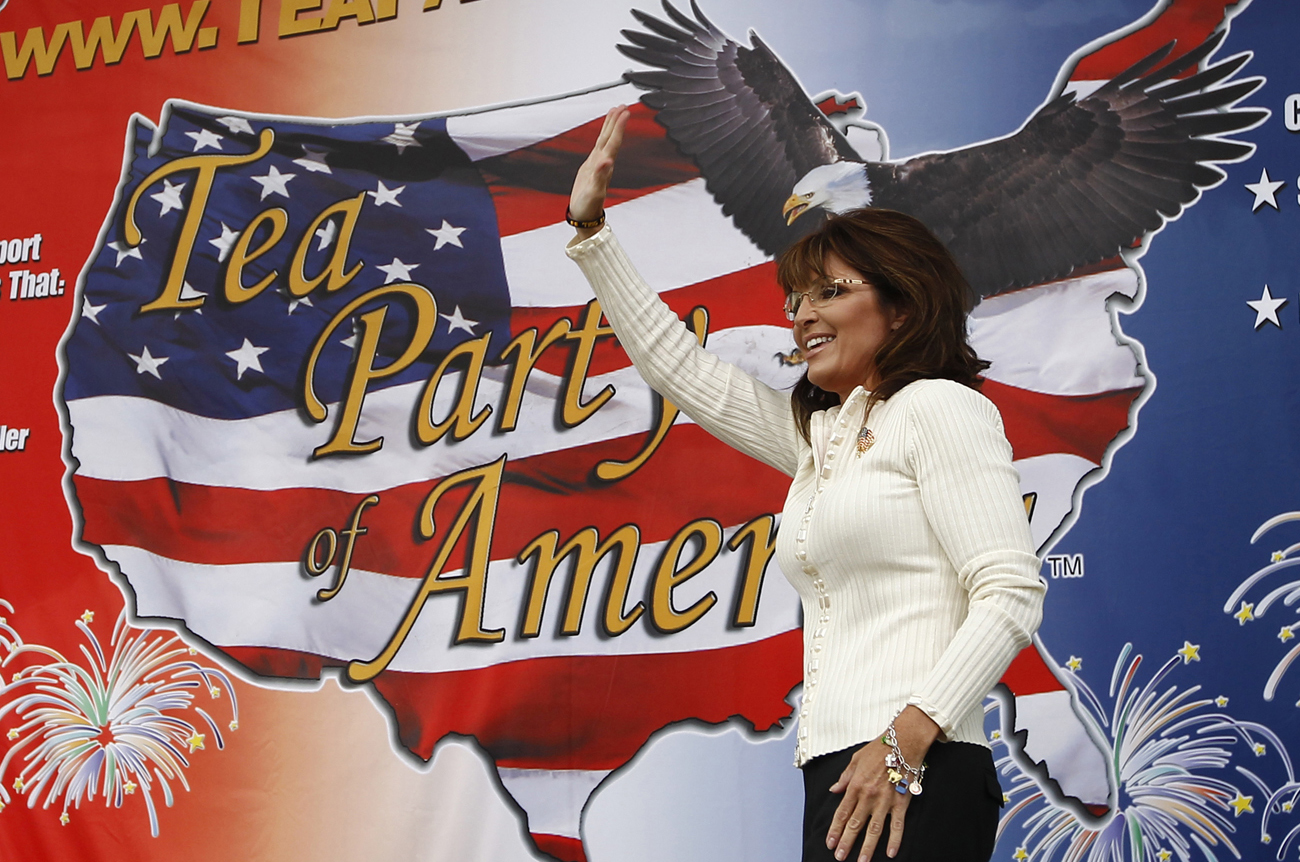 Recent developments within the Republican Party suggest the Tea Party is rapidly going off the boil. Recent polls seem to support this view, but maybe it’s all just silly-season jitters. The first primaries of 2012 will tell. By J BROOKS SPECTOR.

Either the Tea Party’s influence was overrated or its real impact has reached its high water  mark and may be ebbing. The Telegraph reported on American politics for its British readers, “Voters in Ohio, a key swing state, rejected a law limiting trade union rights for public employees, while in Mississippi, an initiative to give unborn foetuses the same rights as living people was blocked. In Maine, a Republican-backed rule restricting voter registration rights was reversed, while in Arizona, the Republican architect of the state’s tough anti-immigration laws was thrown out by voters.”

This apparent retreat of Tea Party influence, however, is different from any assertion Americans have changed their minds about trust in their government. Public opinion polls remain firm that trust in government is hitting all-time lows. And, of course, it is not just Tea Partiers. Ask anyone in the Occupy Wall Street movement – or listen to comments around any table where people meet to grumble about the economy, the banks, big corporations or their government.

It seems clear the Tea Party was simply the newest manifestation of an American “revolt” against those who would govern them – the newest iteration of a familiar pattern. Commentators are beginning to argue that for 2012, however, the sorry public performances of those who would champion the Republican Party may turn into the decline of Tea Party influence. The popular founding legend is the Tea Party evolved from a righteous, organically generated, spontaneous, loose coalition of solid citizens angry at Barack Obama as the avatar of social change and promoter of values antithetical to authentic, old-fashioned American values. Moreover, he was the proponent of a major increase in government powers. He was also seen as the saviour of Wall Street and hoplite for big business at the expense of the little guys.

But although the civic mythology has this spontaneous peoples’ movement built on the backs of hard-earned contributions and effort from millions of ordinary angry folk, it is also true it gained traction because of some really heavy-duty financial support from rightwing businessmen like David and Charles Koch and various advocacy groups – such as Freedom Works and Americans for Prosperity.

All the Internet presence and bandwidth, the social media as well as the snail mail, the canvassing, the organisational oomph, the paid consultants, the rallies, polling, meetings and so forth would not have been possible without real money.  And this is an eternal truth for Republicans, Democrats, Greens, Libertarian Party or the Tea Party.

Yes, it is true that Tea Party activists have driven the Republican Party rightward in the past three years. One only has to look at the political values of the new Congress that came to Washington in the 2010 election as well as the roster of that party’s presidential candidate wannabes to see that what used to be relatively mainstream Republicanism is now viewed as a desperate outbreak of dangerous “RINOism” (Republican In Name Only).

Tea Party activists still look with hope to topple such icons of mainstream Republican Party heritage as Indiana senator Richard Lugar. However, the most recent polling is suggesting that any – and all – of the current crop of Republican candidates lags behind Barack Obama for the general election in 2012.

Of course not everyone agrees the tide has peaked. Lee Fang of the Center for American Progress argues that a combination of ongoing capital injections and the development of extensive voter data files for use in get-out-and-vote drives could still have a significant impact next year. Fang says, “This will be the first major election where most of the data and the organising will be done outside the party nexus. The Kochs have the potential to outspend and out-perform the Republican party and even the successful Republican candidate.”

This is particularly pertinent in the wake of a recent Supreme Court decision that now allows corporations to be treated as “persons” within the political process and to claim a right to “freedom of speech”. This is tied to the rise of the super PACs (political action committees), political advocacy organisations not formally tied to a party or candidate (theoretically supporting a particular issue or position on public policy,  but nevertheless effectively endorse a candidate and have no spending limits). We are now on the cusp of finding out just how much influence the Tea Party actually wields in the primaries and caucuses about to take place in the Republican Party. Iowa’s caucus comes on 3 January, the New Hampshire primary on 10 January, followed by primaries in South Carolina and Florida. Almost certainly, by then one of the candidates will develop sufficient momentum to roll on into the Super Tuesday primary day that would likely clinch the nomination by March. And, if polling data is to be believed, the race is now between Mitt Romney and Newt Gingrich, with Gingrich the latest in a long line of anybody-but-Romney candidates coming in from the right. This is the case since Herman Cain, Rick Perry and Michele Bachmann appear to have self-destructed, while Rick Santorum and Ron Paul have virtually no chance to garner sufficient strength.

Following all this self-immolation by Tea Party-centric, would-be candidates, the fact that Mitt Romney is now the frontrunner is increasingly tough to deny – so much so that he even took unfriendly fire from centrist-moderate candidate Jon Huntsman who charged Romney’s political positions had the flexibility of a well-lubricated weather vane. Ouch – are Mormons supposed to assail fellow believers like that? Still, if the national polling is to be believed at this point, Romney represents the Republicans’ very best chance of unseating Barack Obama  and even Romney comes up short in the most recent polls.

And where was Obama in all this to-ing and fro-ing? He was presiding over the Honolulu APEC meeting with 21 heads of state or economies (like Taiwan and Hong Kong); speaking about America’s role in balancing China in the Pacific Basin in the 21st century in Australia and Indonesia; and telling the Chinese to make further efforts to work and play nice with the rest of the region’s economies so as to generate jobs for Americans.

There’s that crucial four letter word yet again – jobs. In short, Obama was making use of every lever and tool to present himself as the man who actually gets things done – rather than just rabbiting on in the increasingly bizarre Republican Party candidate debates. DM