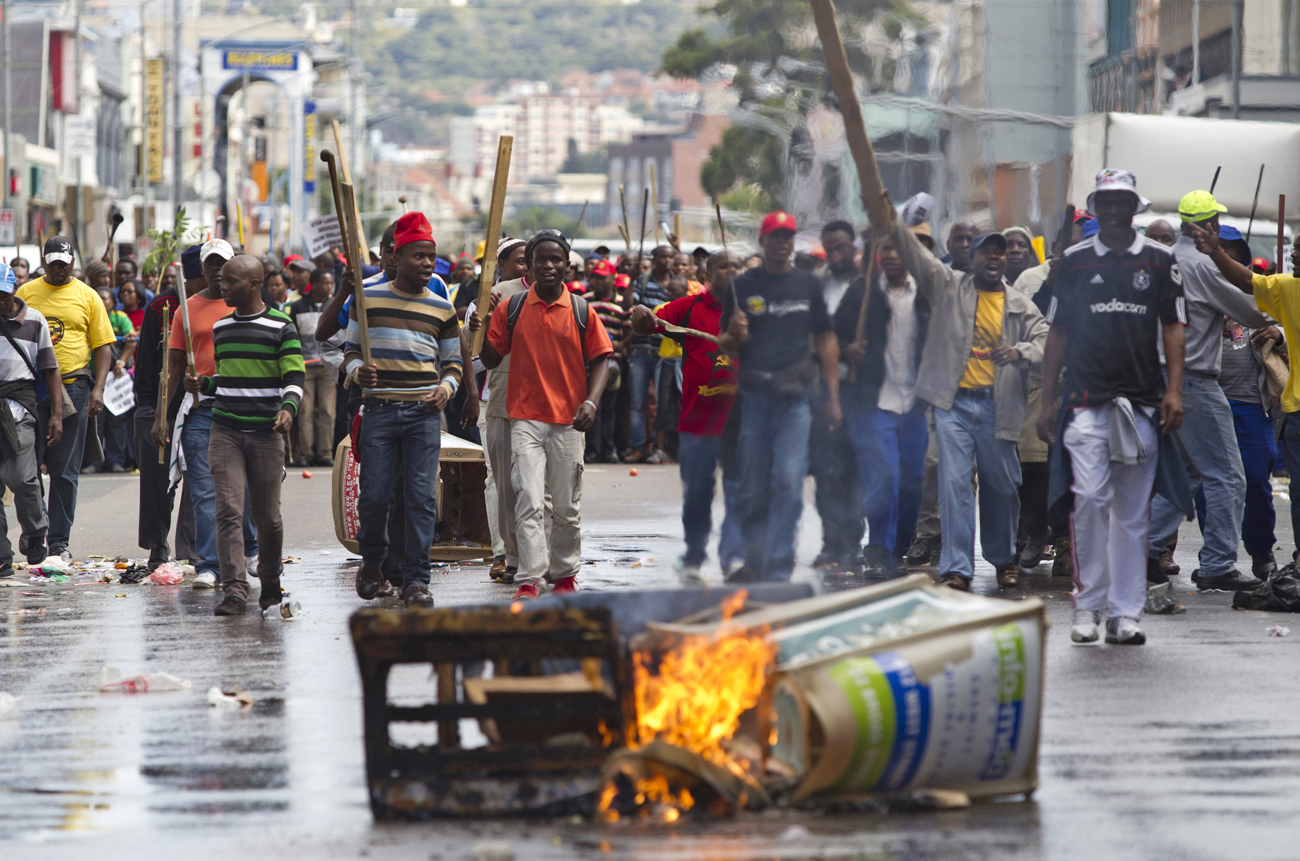 One of the key relationships in a society, or balances of power if you like, rests between unions and government, and workers and bosses. It’s a relationship that can pretty much determine some of the other big debates in our society. The power of the unions matter. In our own set-up, we have unions in an alliance with government. So you’d expect the unions to be sitting pretty, particularly when the ANC’s first policy priority is “creating decent work”. But look a little closer, and it appears as if the power of the unions has peaked. It is now starting to ebb away slowly, at different paces on different fronts. By STEPHEN GROOTES.

There’s nothing the DA likes better than to find one of its own proposals being debated seriously by government and the ANC. And yes, it’s finally happened. DA MP Ian Ollis (full disclosure: Ollis is an occasional columnist for the Daily Maverick) was cock a hoop on Wednesday. He says that Nedlac (that forum where business, government and labour get together to thrash out complex issues… usually without the prying guise of the media. Probably the reason why it gets some stuff done!) is now considering a proposal that he’s submitted as a Private Members Bill. It would see unions being held legally liable for goods damaged by their members during a strike. Ollis says this submission now has the backing of the Labour department. The department refused to comment, no doubt for very sound political reasons.

This is a bill that has Cosatu apoplectic. Its argument has always been that this would be a restriction on the right of a union to strike. And the fact that it is even being considered is a massive step back for the federation.

Then we have a judgment, handed down by the Supreme Court of Appeal at the end of September. It relates to a violent protest held by our good friends Satawu (the transport and allied workers union. They were famous a while ago for the number of people its members allegedly threw out of trains during a big strike in 2006) in Cape Town in 2006. During the protest, union members ran amok. At issue was who should pay for the damage caused. There were several applicants, including the City of Cape Town, several hawkers whose goods were stolen and damaged, and a couple of motorists whose cars were attacked. The Western Cape High Court ruled in favour of the applicants and against the union (do you wanna know who the judge was…in the Western Cape, big political case, ruled in a case that matters to the DA? It was Judge John Hlophe. Really.) The case is going to Constitution Hill.

The union movement has argued that to make unions liable for damage caused during a strike or a protest amounts to a denial of the right to free assembly. The court has really ruled that it is not a denial of the right to assembly, but a limitation of it. There is a big difference here. All rights are balanced, and thus are limited. But they cannot be denied. You don’t have the right to say anything you like, there is a hate speech limitation. The same principle is involved here, and this must be one of the more important limitations on the right to assembly that has been established since 1994. As the court puts it, “In the past the majority of the population was subjected to the tyranny of the state. We cannot now be subjected to the tyranny of the mob.”

The key element of whether unions can in the end be held responsible for damage caused by strikes or protests is the element of foreseeability. If the damage or violence can be foreseen, then the union can be held responsible. This is a key legal point, and a key political point. It will be easy for the DA to say you can foresee the damage, thus the protest cannot happen. But it will also be politically palatable for the ANC to say in public that it’s acting against violent protests, because of concerns for the safety of citizens. Certainly the hawkers who lost money as a result of the Satawu protest will back them. And of course, anyone with any experience of our strikes will be able to foresee the violence and damage that planned action will cause.

So the question now is how will the unions respond. Cosatu has the usual two avenues, the political road and the legal road. In court, it seems it will have to argue hard around this. No right is supposed to be absolute; surely the right to assemble and the right to strike can be no greater than any other right. Politically though, it’s going to be quite tough. Cosatu can either decide to back President Jacob Zuma or not. If it does, fine and well. If it doesn’t, it’ll be playing into the hands of that right wing demagogue it doesn’t like particularly much. And give him some oxygen when he is most desperately running out of it. So in the end, it will probably have to stay with Zuma. And this gives him a free hand in dealing with the politics of how to control the violence of unions.

As I’ve said before, South African politics still sees the pendulum swing from side to side. Nothing stays fixed for too long. It seems sometimes that we are forever condemned to the tyranny of union power, “rule by the mob”; when someone feels there are too many upstanding rubbish bins in the Joburg CBD, we all know they will be upstanding no longer. This would appear to be the start of a much broader process. Unions will say their rights and the rights of their workers are being eroded. But the broader citizenry is unlikely to agree. And the person who controls the middle ground of our politics will make plenty of hay with that. DM