Glimmer of light at the end of the Transnet tunnel

Glimmer of light at the end of the Transnet tunnel 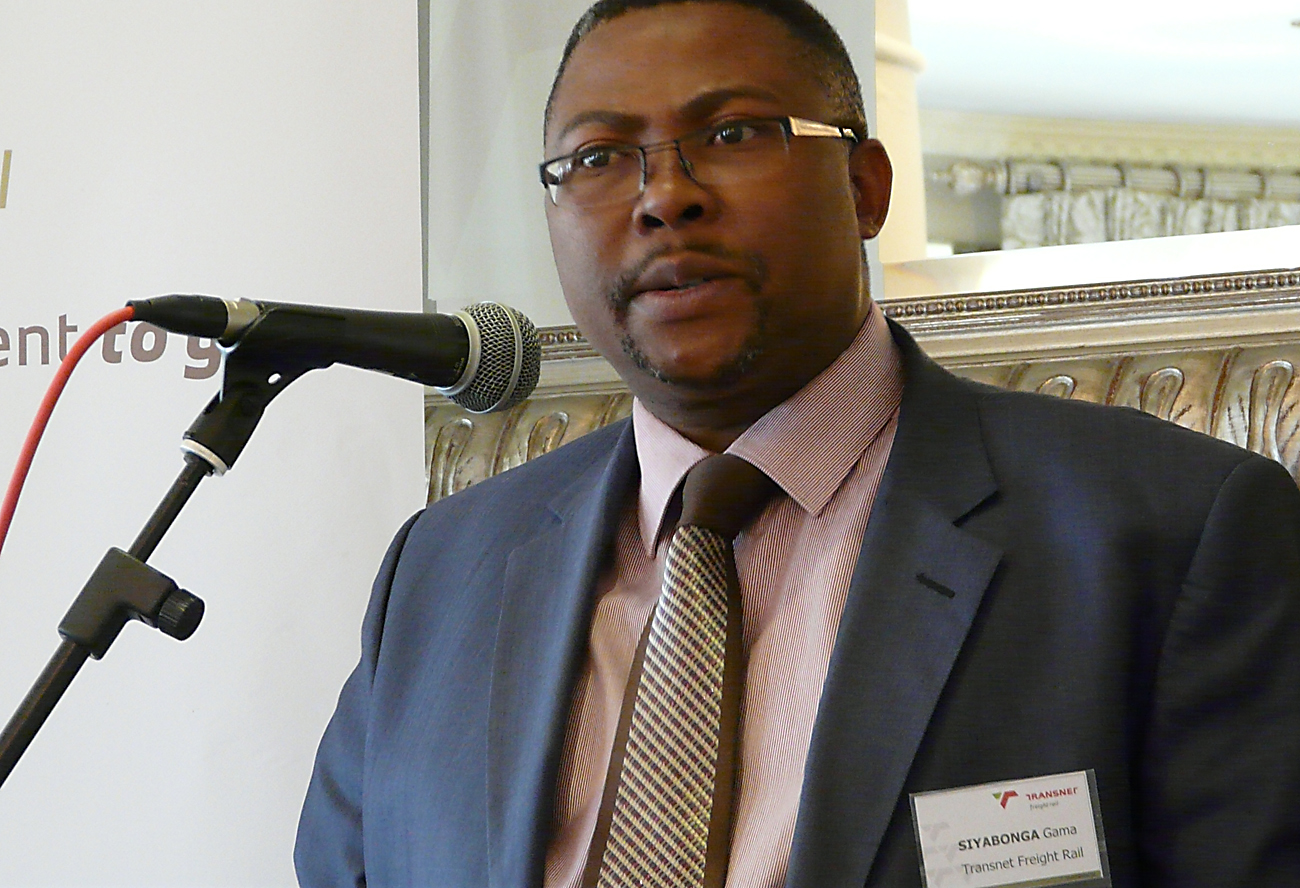 After years of bad news at Transnet, we’re getting a flicker of some good news from Transnet Freight Rail. At a press conference on Tuesday, TFR chief executive Siyabonga Gama announced the company would be implementing scheduled rail links. The successful implementation will be one step closer to an efficient railway service and, hopefully, fewer trucks on our roads. By SIPHO HLONGWANE.

This week, Transnet Freight Rail (a division of Transnet Limited, the parastatal) began rolling out a scheduled rail service. The schedules specify the times and path each train will take at each node on a specified rail path.

Previously, trains waited until they were fully loaded before departing. The lines in question are the TCM coal line from Uitkyk, Pullenhope and Umlabu to Komatipoort on the Mozambique border, the rock phosphate and magnetite lines from Phalaborwa to Richards Bay and the Majuba coal line from Weldedag to Palmford in Mpumalanga.

TFR plans to roll out schedules to general cargo by the middle of next year, Gama said. “To succeed, we need a scheduled railway. It is what our customers want and it will help us move more tons on time.”

Transnet has been criticised for being an unreliable logistics partner and one of the main reasons was trains not running on schedule. They simply waited at loading locations until they were filled before starting their journeys. This meant logistical planning could only be up to a certain point, rendering the whole process effectively useless.

Gama said the schedule would upscale from rock phosphate and coal to other types of freight. TFR currently runs between 750 and 1,025 trains a day nationally. The massive disparity is due to some customers not working on weekends, making efficiency a challenge TFR plans to address with customers.

“There are no significant financial implications,” Gama said. “But it will grow our business by giving clients a reliable business partner.”

The implication is that the companies using TFR to move cargo from production zones to the harbours will have to shape up as well or the trains will leave with half-filled wagons. The scheduled rail service was supposed to have been implemented in 2008. In June of that year, TFR opened a new national command centre capable of handling the complexity of a scheduled railway, but postponed the roll-out due to the global economic downturn. Gama said product hauled on trains dropped by 20% within months of October 2008.

There are possible environmental benefits to a scheduled railway. Since TFR’s electric locomotives and even its diesel locomotives were within European Union specifications on CO2 emissions, freight rail was a more environmentally friendly way of hauling goods across the country. For every wagon fitted to a train, about 200 trucks could be taken off the roads.

The problem is that scheduled or not, a lot of freight trains make return journeys empty. However, that is an issue out of TFR’s hands, Gama said. The empty return trains were a graphic illustration of South Africa’s trade imbalance. “We mostly export raw materials from mines and import goods sent via containers,” he said.

A haphazard rail plan is really the least of Transnet’s worries. Rail infrastructure received almost “criminal levels” of underinvestment during the latter part of the apartheid era and into the new administration. There wasn’t much need for investment other than maintenance because business wasn’t growing. A massive pension fund deficit struck in the latter part of the 1990s and, from 1998 to 2005, Transnet did not invest in expanding the infrastructure, only in maintaining it.

A result Transnet is replacing old railway lines at a rate of 400KM of line a year. By its own projections, it should be doing three times that number.

Under the management of Maria Ramos, Transnet shed a massive amount of assets to ease its cash problems, including a R140 million sale of the airline SA Express to the state. In 2006 alone, it shed about R6 billion in assets.

Future areas of investment would be towards the Waterberg coal mines and the manganese mines in North West.

Then there is the issue of political meddling in the running of Transnet and TFR. In 2008, public enterprises minister Barbara Hogan sacked Gama for misconduct, after an independent arbiter found him guilty of negligence in two procurement contracts.

Hogan was pushed out of cabinet when President Jacob Zuma reshuffled it last year. In March this year, Gama returned to TFR under the new public enterprises minister Malusi Gigaba.

The National Development Plan issued last week speaks about the sorts of problems that have dogged Transnet and its subsidiaries. If the NPC has its way, the rail network will receive a massive injection of investment over the next 20 years.

It wouldn’t be a stretch to call Transnet the worst polluter in South Africa. Because of the company’s unreliability in the past, businesses have opted to use trucks to haul goods. The environmental impact has been enormous, not to mention the degradation of roads. One hopes TFR’s glimmer of light will not end with scheduled railways. DM