Thabo Mbeki troubled by a 'new imperialism' in Africa

Thabo Mbeki troubled by a ‘new imperialism’ in Africa 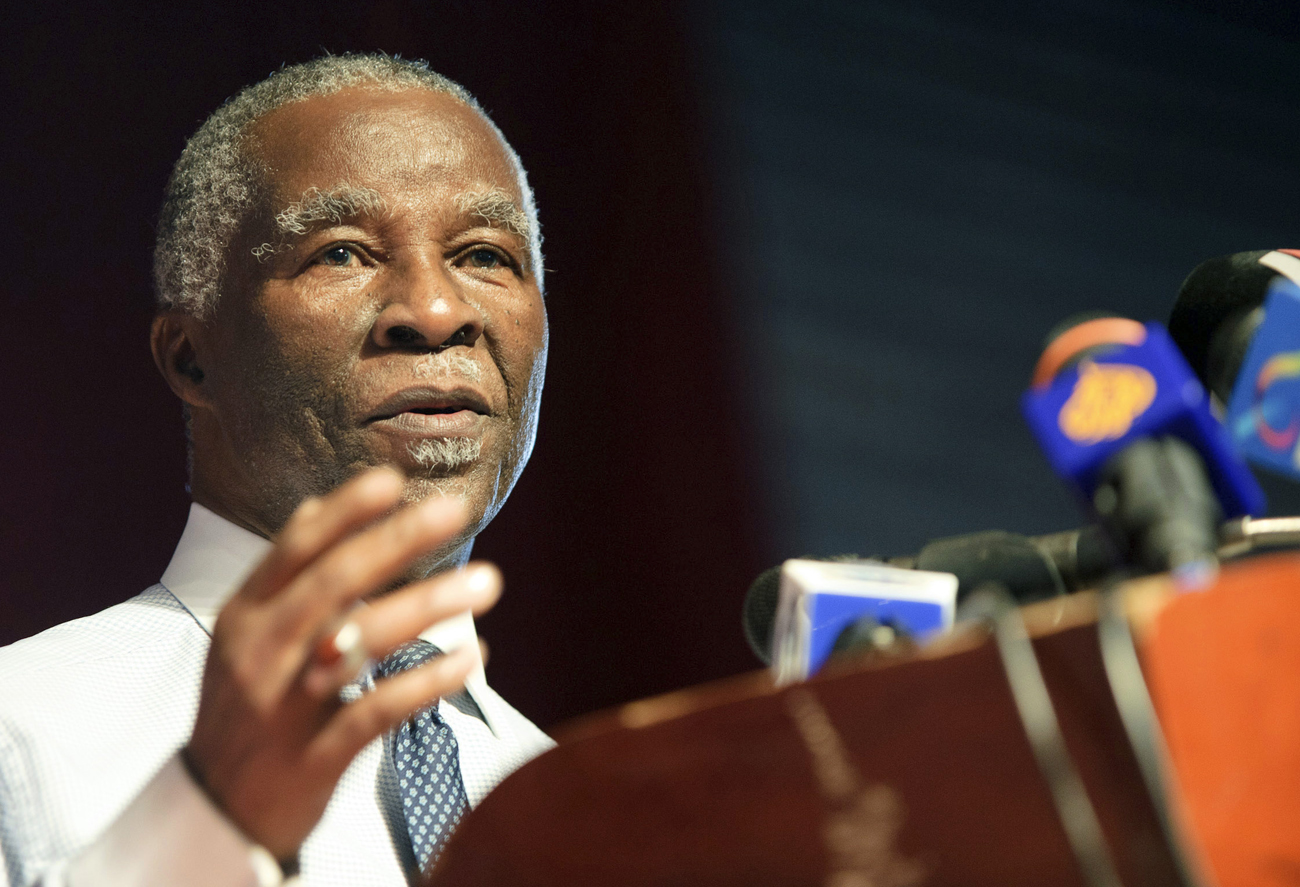 Thabo Mbeki’s not happy with Nato, the West or the UN Security Council. All drew criticism from the former president, who is worried that the Libyan intervention is the first step in an insidious attempt to re-colonise Africa. SIMON ALLISON explains why Mbeki should take off his pan-African spectacles and look deeper into the issues.

There are troubling, ominous developments in Africa, writes former president Thabo Mbeki in Tuesday’s Sowetan. Africa’s fundamental right to self-determination, the very independence for which it fought so hard and long to achieve, is being undermined by a pernicious “new imperialism” that threatens to end in the re-colonisation of Africa.

It’s Libya that has got Thabo so worried. He points out that Nato far exceeded its UN mandate in Libya, which allowed for the protection of civilians, not regime change. And he argues that the intervention was never motivated by anything other than a fig leaf to legitimise the involvement of foreign powers. “It is clear that the beginning of the peaceful demonstrations in Libya served as a signal to various Western countries to intervene to effect ‘regime change’. These countries then used the Security Council to authorise their intervention under the guise of the so-called ‘right-to-protect’.”

The consequences of the international community’s complete disregard for Africa’s rights could be devastating, Mbeki writes, quoting a couple of English commentators. One commentator described how “Black gangster governments sponsored by self-interested Asian or Western powers could become the central story in 21st century African history”. The other called for Africa to be advised by “a new generation of foreign missionaries, imbued with the new, secular religion of good governance and human rights”.

Libya, in Mbeki’s view, is the beginning of a slippery slope. By letting the West determine its next government, Africa risks losing all the gains it has made over the last few decades, opening the door to the West who will reassert their control.

But Mbeki’s argument is flawed in several key respects. The first flaw is his implication that the Western-led intervention in Libya removed that country’s right to self-determination. This could only be possible if that right had existed in Libya before. But it didn’t, and never has. Libya enjoyed no heroic liberation struggle, but rather saw an absolutist monarchy replaced with the even more absolute rule of Muammar Gaddafi. There was no self-determination in any of this. And regardless of the rights or wrongs of the intervention, the fact remains that there will be elections in Libya’s near future. The people will get something of a say. And it’s unlikely they’re going to choose a leader to whom the West will be amenable. Just look at neighbouring Tunisia, who in its first democratic election gave an Islamist party the largest share of the parliament. This is the closest Libyans have ever come to self-determination and, like it or not, the Western intervention played a role in creating this situation.

Some of Mbeki’s ire doubtless has its roots in the way the African Union was marginalised during the Libyan intervention. Its softly-softly approach was much-maligned, and ultimately irrelevant as Nato sent in the fighter jets. By denying the African Union its say, goes the logic, the West is trampling all over Africa’s self-determination. But let’s forget about lofty pan-African ideals for a second; after all, in recent times the flag of pan-Africanism was flown highest by none other than Muammar Gaddafi. The fact is, Libya is part of the Arab world too, and the Arab League has as much right to speak for Libya as the African Union does. And it was the Arab League that requested the UN resolution that so vexes Mbeki.

But what Mbeki is really worried about is that if the West does it once, they could do it again. “It is clear to many on our continent that what has happened in Libya has established a very dangerous precedent. The question has, therefore, been raised – which African country will be next?” he asks.

He might already have his answer, even though he hasn’t admitted it. A few weeks ago, Kenya invaded Somalia, chasing Islamist group Al Shabaab. The incursion wasn’t sanctioned by the United Nations, the African Union or even Somalia’s president, but Mbeki – and the rest of the world, for that matter – have remained pointedly silent. So what’s the message? That African countries can resort to force of arms with impunity, because this is an African solution to an African problem? Is this not a way of tacitly condoning Kenyan imperialism?

Mbeki’s inconsistency reveals his biases. He’s invested so much of his political capital in the African Renaissance, a renaissance that looks no nearer now than it was when he left office. But his worldview is coloured by this vision and he can’t see that Africa cannot always solve its own problems, or that African solutions can be just as problematic as those coming from the West. DM