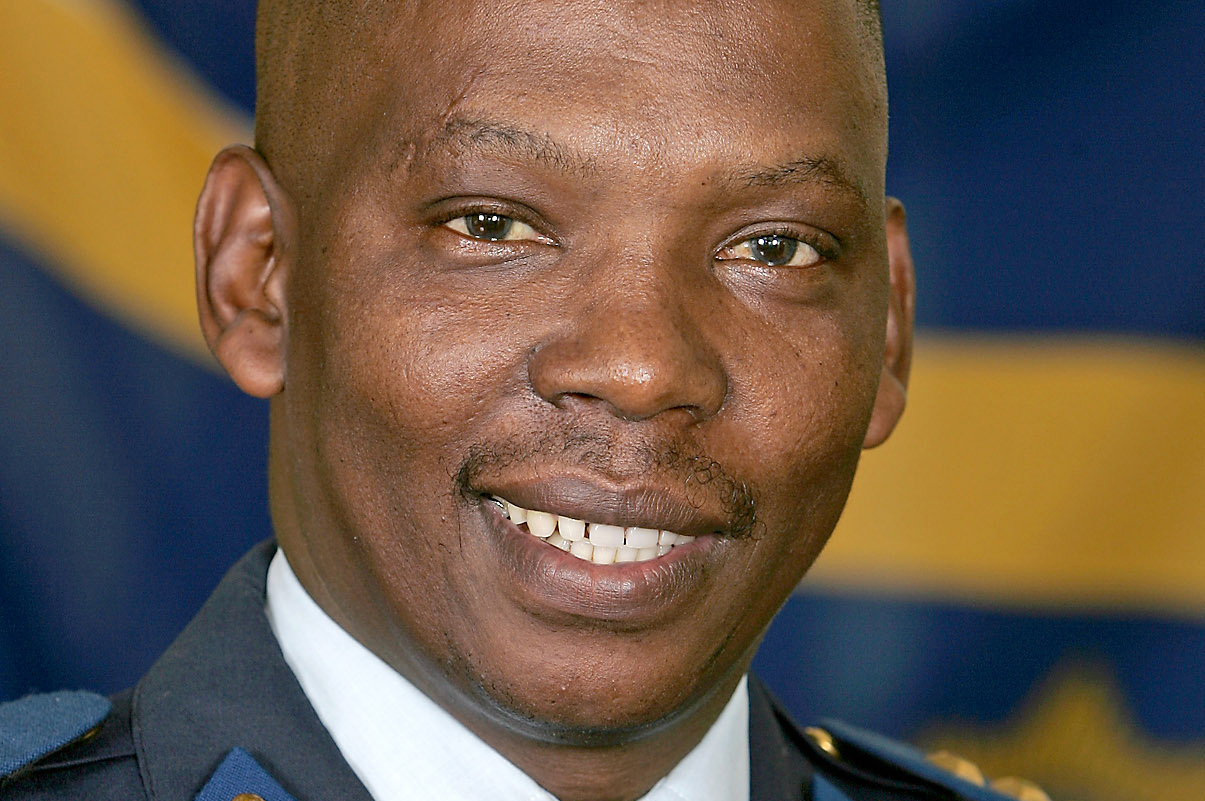 Gauteng police commissioner Mzwandile Petros has rubbished the claims against him published by the Sunday Times and Sunday Independent this past weekend. The commissioner said that the “defamatory” accusations against him were most likely linked to disgruntled allies of a general arrested for making bomb threats in the Vaal. By SIPHO HLONGWANE.

Lieutenant General Mzwandile Petros, the provincial police commissioner for Gauteng, has rubbished claims against him that were presented in a memorandum to the MEC for Community Safety. The memorandum was presented on 4 November to Solomon Maila (the director for monitoring and evaluation for the community safety department) on behalf of the MEC Faith Mazibuko.

The memorandum details many grievances against Petros, and demands that “Lt General Petros and his management be removed pending the investigation and a Commission must be established immediately to investigate issues which are labelled [sic] in the memorandum.”

A “Comrade B. Miya” and a “Comrade B. Mtimkulu” made an application to the MEC for Community Safety’s office to hand the memorandum over, on behalf of the Vaal Rand Concerned Residents.

However, only four people showed up on Friday.

Petros said that these complaints were very possibly linked to the arrest of a Major General in the Vaal. A Major General Michael Mohlala was arrested by the Hawks in August, for allegedly making bomb threats against top police officials.

There was a lot of disgruntlement about that arrest, Petros said to Daily Maverick. “But that arrest was carried out by the Hawks because of the bomb threats, not because of anything that I wanted,” he said.

The provincial commissioner questioned how ordinary citizens could claim to have knowledge of some of the complaints in the memorandum before the MEC. Some of the complaints are irregularity in the procurement process of the provincial war room, police helicopters used for illegal operations, widespread nepotism by the Lt General and the introduction of an “inyanga” into official police meetings.

Petros said that the memorandum was not only misrepresentation of facts, it was defamatory.

“I am going to explore legal avenues at a later stage,” he said. “The thing is that I don’t care about these allegations. The bad thing is that they are demoralising those who are doing the [police] work.

“Why didn’t the media investigate the names of those who I apparently put into positions? It’s one thing if they are quoting sources, but if they claim nepotism, why didn’t they get names? Those would have been appointed people. One becomes sensitive about media freedom when things like this happen. But where are my rights in all of this? I’m not going to pursue the media [in court]. I am not threatening the media and I never have,” Petros said.

The commissioner said that he wouldn’t be investigating the matter. “I don’t have the time to investigate this,” he said. “I am not going to divert state resources to pursue this. Crime is up in Gauteng and I have work to do. I am asking police to focus on work that needs to be done.”

Sunday Times editor Ray Hartley could not be reached for comment. The national news editor for Sunday Times Buddy Naidu said that they stood by their story and would be doing a follow-up as well.

Naidu, who was contacted late on Monday night, said, “General Petros was given a detailed list of questions which he responded to with a vague statement.”

Petros was the provincial police commissioner for the Western Cape until August last year when he was moved to Gauteng by the national commissioner General Bheki Cele to replace Perumal Naidoo, who has since retired. DM