Another bleak report on SA's future, this time from the...

Another bleak report on SA’s future, this time from the DBSA 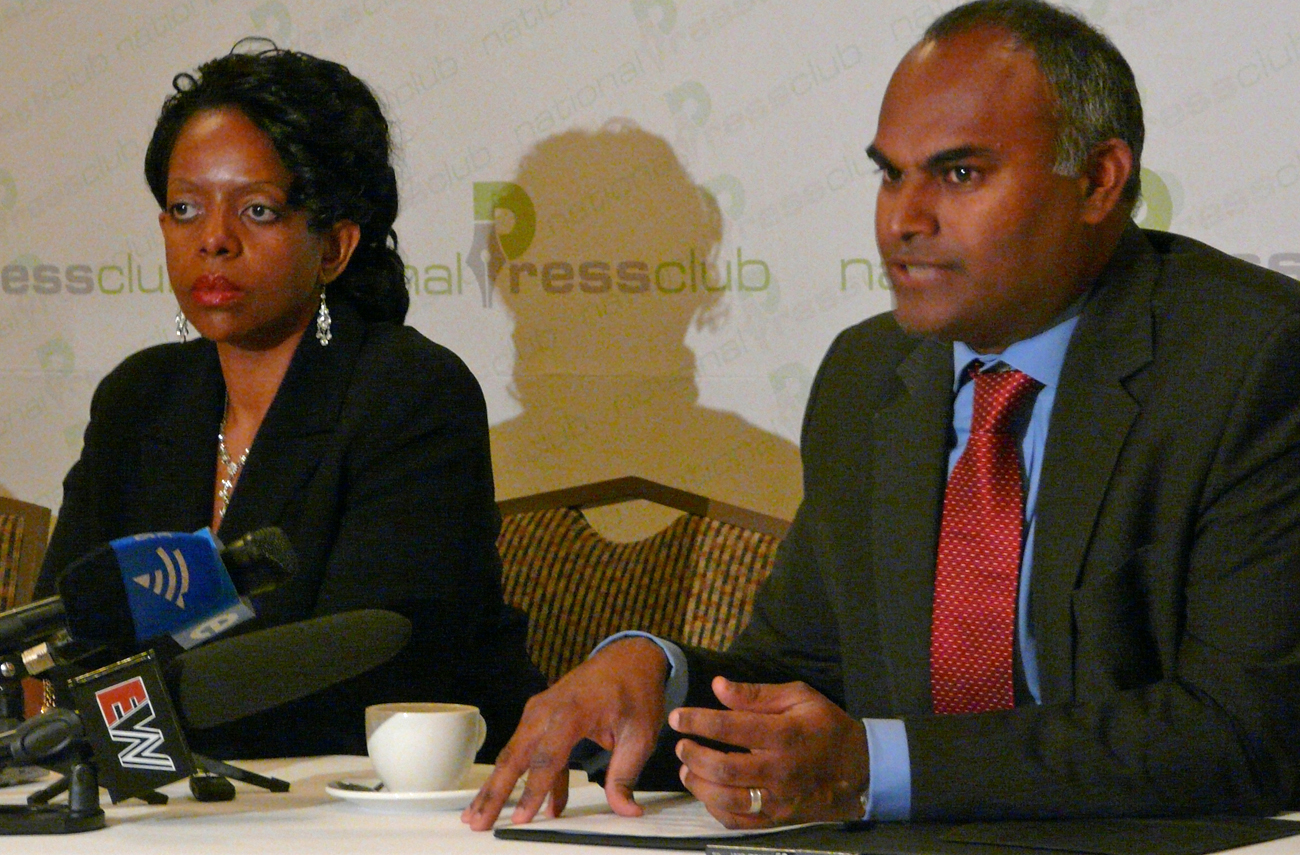 The Development Bank of Southern Africa releases a “Development Report” each year, outlining what South Africa needs to do to become a successful developmental state. On Monday the DBSA released the 2011 report, which doesn’t make for happy reading, especially on political governance and the economy. By SIPHO HLONGWANE.

On Monday, divisional executive for planning and editor of the 2011 Development Report, Sinazo Sibisi, delivered the report to the National Press Club in Pretoria. Alongside her was group executive of the development planning division, Ravi Naidoo, and what they had to say was pretty cheerless.

What was depressing was the sense of here we go again: another report telling us what is wrong with the country and what we should do about it, but not much more than that.

The report is supposed to advise the National Planning Commission, the ministry of finance, the economic development ministry and others. What will stop it becoming another File 13 report?

But the report did point out some interesting facts .

The report shows South Africa is still on a bad growth trajectory, “influenced by a confluence of different forces” like the legacy of apartheid, a changing global economic landscape and a state that doesn’t function well. And even though there are a number of projects underway to help South Africa achieve its developmental objectives, they stand a real chance of failing due to “institutional weaknesses of the state”.

“Focus demands that we concentrate our strongest collective efforts on addressing the most important constraints to South Africa’s development,” Sibisi said. “To this end, the first priority should be tackling weaknesses in political governance where they occur, not just within local government, but also within other areas of the state.”

Naidoo explained they were worried the weakness of political parties in South Africa would threaten the success of developmental projects, simply because they wouldn’t be guaranteed the time needed to come to fruition.

The report also decries the lack of political stability in the agricultural and mining sectors. It starts by saying that the New Growth Path says we need GDP growth of 4% – 7% every year if we are to create 5 million jobs in 10 years. The aim is to have an unemployment rate of 15% by 2020. “DBSA calculations of the employment intensity of growth suggests that GDP growth of not less than 10% a year may be required to create half a million jobs a year for the next 10 years,” the report says.

Due to our vulnerability to outside pressures, achieving a 10% growth rate is largely outside of our control. For example, another global recession would kill off any chance of South Africa achieving these numbers before 2020. But that doesn’t mean we should be sitting on our hands. The DBSA believes there’s still capacity in the mining and agricultural sectors, but no money will flow into those industries as long as political uncertainty (read: nationalisation of mines and expropriation without compensation) lingers.

The report goes on to say South Africa’s re-industrialisation projects will only be possible if a realistic outlook is taken. If price is a key global competitive factor, input costs must be reduced. If differentiation is innovation, then we need to vastly increase FDI-driven technology transfer, mass importation of skills and increases in research and development funding.

Innovation, skills attraction and education. Not things we’ve been particularly good at as a country so far.

The report notes that industrialisation isn’t going to save us today.

It suggests several ways in which government must rethink its technical strategy to hire as many people as possible. When questioned by iMaverick, Sibisi did admit that there was a trade-off between labour-intensive practices by government and efficiency.

The report ends by talking about the two criteria which will have the most impact on South Africa’s developmental path: improving the quality of education and bolstering the quality of political and economic governance.

The New Growth Path and the National Planning Commission’s diagnostic report touched on many of these issues already. We definitely can’t say we don’t know what the problem is. But, as Naidoo and Sibisi said, the point is successful implementation. Otherwise it’s just hot air. DM Photo: Sinazo Sibisi, editor of the 2011 Development Report, and Ravi Naidoo, group executive of the development planning division of the DBSA (Sipho Hlogwane/iMAVERICK)