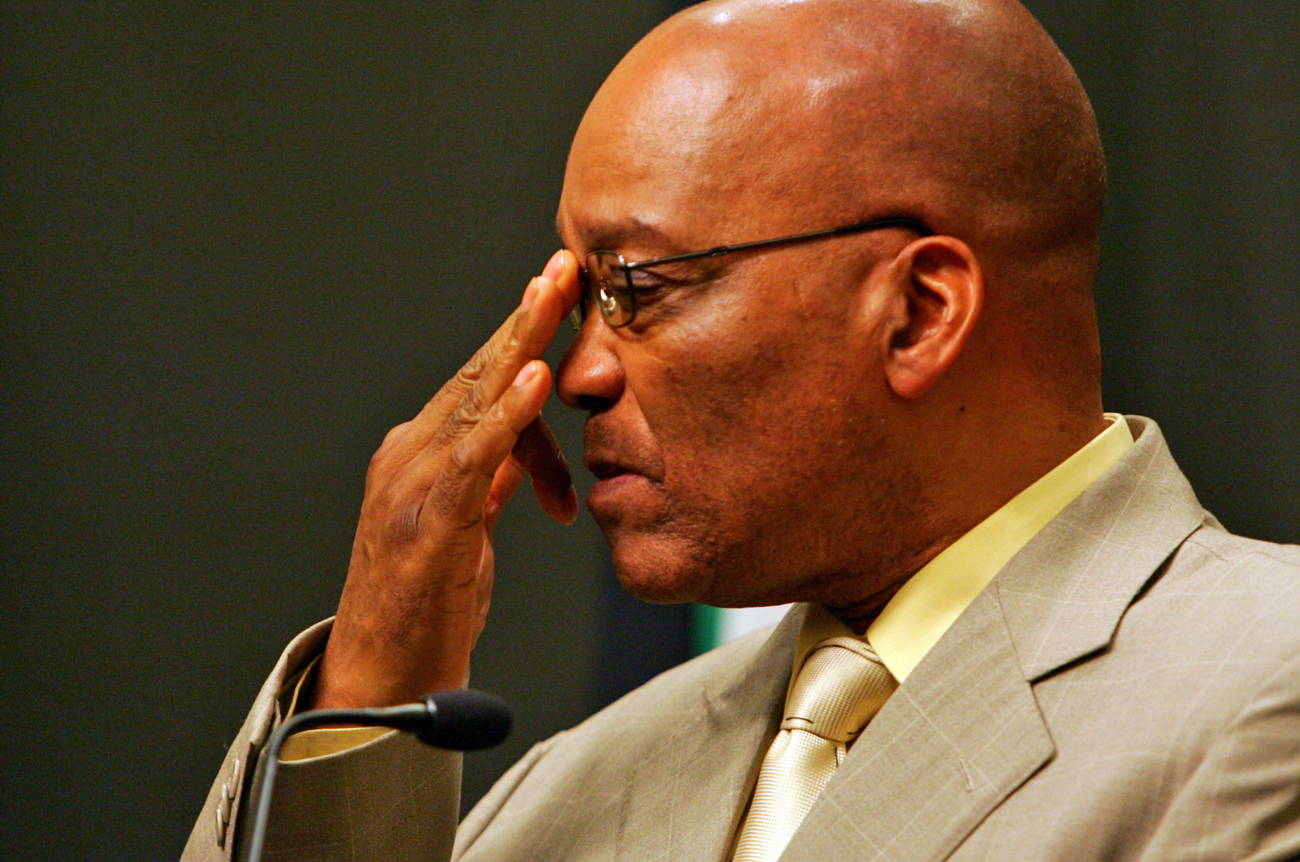 The appointment of Michael Hulley as the president’s legal advisor was never going to go down well. He’s not only his personal attorney, but also a director at Aurora Empowerment Systems, the company embroiled in an ugly spat with workers at Orkney mine. Solidarity and the National Union of Mineworkers are both outraged. By SIPHO HLONGWANE.

Michael Hulley – you may be familiar with the name from President Jacob Zuma’s corruption trial. He has been the president’s personal legal advisor and attorney for a number of years now. You might say he’s been with Zuma through thick and thin.

On Wednesday, the presidency announced that Zuma has appointed Hulley as his legal advisor. As in: advisor to the President of South Africa. It’s a big appointment, and Zuma has needed it, if you look at the number of easily-avoidable legal mistakes that he has made as president, he is clearly in need of help.

The latest mistake was when Zuma announced that former Constitutional Court Justice Yvonne Mokgoro would head the commission to investigate the police headquarters lease controversy after the public protector red-flagged it. Mokgoro recused herself after it emerged that she was on the board of the Police Service Trust Fund – an obvious conflict of interest. She shouldn’t have been appointed by the president to investigate a police matter at all.

The unions are baying with rage. And it has to do with the wildly controversial Aurora Empowerment Systems, of which Hulley is a director.

Solidarity deputy secretary general Gideon du Plessis said in a statement, “The appointment of Michael Hulley, a director of the liquidated Aurora Empowerment Systems, as part-time legal advisor in the presidency is a slap in the face for some 5,300 former Aurora employees and their families who have fallen into poverty thanks to the actions of Hulley and the other Aurora directors… the appointment was completely insensitive and reflected a lack of judgment. It also confirmed Solidarity’s belief that the Aurora directors seemingly have political indemnity.”

The tale of Aurora and the Pamodzi Gold Mine at Orkney and the Grootvlei Gold Mine in the East Rand is a long and convoluted one, but Hulley’s involvement in the saga begins in 2009 when the company he was the director of was awarded the Pamodzi Gold Mine in hopes that it would save the beleaguered company. It didn’t. Things became much worse for workers at Pamodzi and Grootvlei, many of whom have not been paid in 20 months.

Aurora is now battling for survival itself after liquidation demands by various creditors, including Solidarity, were made to the High Court.

Hulley’s co-directors at Aurora include Khulubuse Zuma, nephew to the president, and Zondwa Mandela, grandson to you-know-who.

The National Union of Mineworkers (NUM) has been involved in many strike actions at Orkney and Grootvlei, to no avail.

NUM spokesman Lesiba Seshoka said that his organisation was deeply disappointed with Zuma’s decision to appoint Hulley at his presidential legal advisor. “We did not expect the president to appoint such a person,” he said, characterising Hulley as someone who didn’t care about the well-being of the disenfranchised. “He is always in the background [at Aurora]. He never says anything about the conditions of the workers.

“Honestly speaking, there is nothing we can do about it. If we petition or complain about his appointment, we will just get told that it is the president’s prerogative to appoint his advisors. It is disappointing that someone with a ‘don’t care’ attitude towards the poor will be paid from the public purse,” Seshoka said.

Presidential spokesman Mac Maharaj said to iMaverick that the president wouldn’t be responding to comments made about Hulley’s appointment, but had taken note of them.