The life and times of Jon S. Corzine: How the ex-govern...

The life and times of Jon S. Corzine: How the ex-governor lost more than half a billion bucks 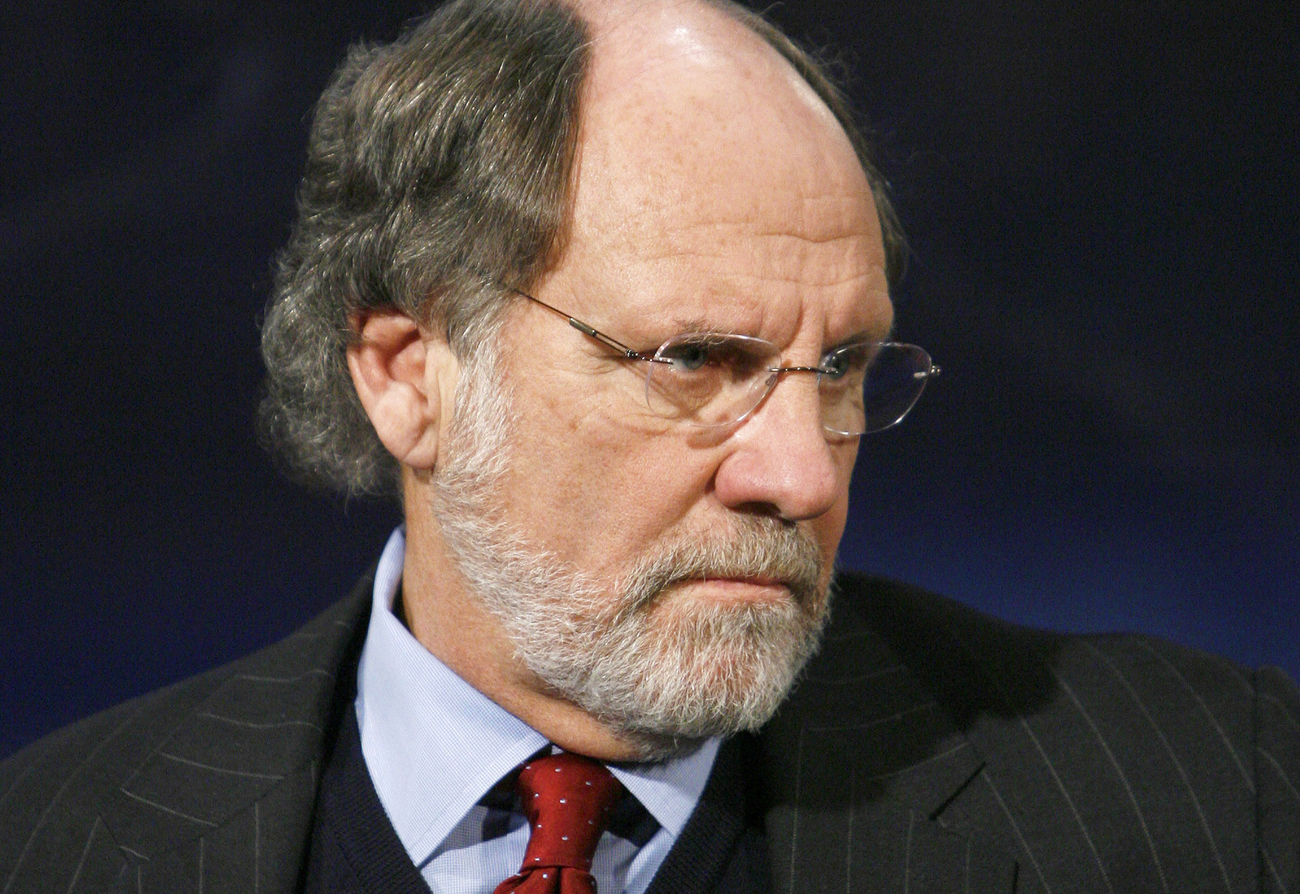 You know the feeling. There was a wad of R100 notes in your wallet, and you don’t know where it’s gone. Could you possibly have dropped that much at ZAR last night? Or is the maid up to something fishy? Now, picture Jon Corzine’s pain. He’s mislaid six hundred million large, and the US government is coming to find it. By RICHARD POPLAK.

The vampire squid attached to the face of humanity is happily sucking away. How else to explain the current predicament of Jon S Corzine, one-time CEO of Goldman Sachs—the aforementioned vampire squid, as noted in Matt Taibini’s now famous Rolling Stone piece—having landed himself in a pile of fiduciary trouble.

Corzine is as connected as it gets. Born in 1947, he came up through the ranks of the financial industry during the seventies, churned out as he was from University of Chicago Booth School of Business, with one of those MBAs that would one day go on to bankrupt America. This was a golden boy, an Illinois-born god who captained the basketball team and played quarterback for  the football team. By 1975, he was swept up by Goldman Sachs and he slowly moved his way up the ranks, landing in the corner office in 1994.

For those of us who haven’t spent the last four years under a rock, Goldman Sachs lobbied hard during the eighties and early nineties for increased deregulation of the financial sector with Corzine helping to lead the charge. He was well ensconced in the Democrat establishment and a  generous benefactor during the Clinton years. So close was he to Clinton that he chaired the US treasury department’s borrowing committee, and in 1998, while joint-CEO of Goldman, he jumped in to help bail out Long Term Capital Management. This is a forgotten footnote in America’s investment banking history and a precursor to the disasters that would unfold a decade later. Had Long Term collapsed, disaster would have followed. Instead, no lessons were learnt and disaster followed anyway, if on a much grander scale.

Corzine’s joint-CEO was—wait for it!—Henry Paulson, and he didn’t like that bail-out one bit. So he ousted Corzine and, when Goldman went public one year later, our man cashed out to the tune of $400 million.

With that war chest, Corzine decided it was time to do some public service. He looked across the Hudson, beheld the Garden State and went about making New Jersey his own. He dropped $32 million to win the Democratic primary, and another $32 million to buy himself a Senate seat. (This still stands as a record for the Senate.) In office, he was a conundrum. There were whispers about paying off black churches to come onside, he let slip with a couple of anti-Italian and anti-Semitic comments and promoted a hard-left agenda that called for same-sex marriage, universal gun control, increased social services and a bunch of other stuff that would have had him lynched in Alabama. Don your cloak of irony, and behold the following: while in office, Corzine co-authored the Sarbanes-Oxley act, which sought to redress the accounting gaps that had contributed to the scandals at Enron and elsewhere. In short, there was nothing on Corzine’s voting-sheet that wouldn’t have earned him a tent in Zucotti Park.

Then came his bid for the Governor’s mansion. He dropped another $40 million, won handily, and went on to try to hike sales tax, all the while weathering a low-level scandal regarding pay-outs to a woman he dated after (well, sort of after) the collapse of his marriage. He was badly bashed up when his motorcade had an accident—it turned out he wasn’t wearing a seatbelt in an SUV driven by a state-trooper. By the time Republican Chris Christie challenged him in 2010, Corzine stood no chance.

Shortly thereafter, he was at the helm of MF Global, an investment fund that had been floundering. Corzine came in and started betting the farm of European debt—Spanish, Italian and Portuguese bonds—purchased at a discount. He was wagering his customers’ money on what he considered to be the certainty of a eurozone bailout, having helped engineer the notion of too-big-to-fail, how could he think otherwise. But MF Global wasn’t exactly playing by the rules. Against what regulations remain in the financial sector, MF was not distinguishing between customers’ money, and its accounting was slipshod at best.

Lo, $600 million has gone missing from the kitty, and before it was downgraded to junk, the company was leveraged to the tune of $44 billion, with only $1.4 billion on hand.

In short, it’s a disaster—the sort of disaster a little bill he once co-authored was designed to prevent, but instead masked. The risk on European debt was so extreme Corzine has “flown his company into the side of a mountain,” as one pundit put it. Chapter 11 duly filed, and the forensic accountants are sweeping in.

So far, Corzine is not tied to any malfeasance—stupidity is not a crime. But if there is any hint that he fudged the books and played Ponzi with his customers’ money, there is the possibility that an ex-insider may do some hard time. He’ll be in good company, mind you. Goldman Sachs is finally starting to contribute to the American prison population, and it’s high time it did. DM