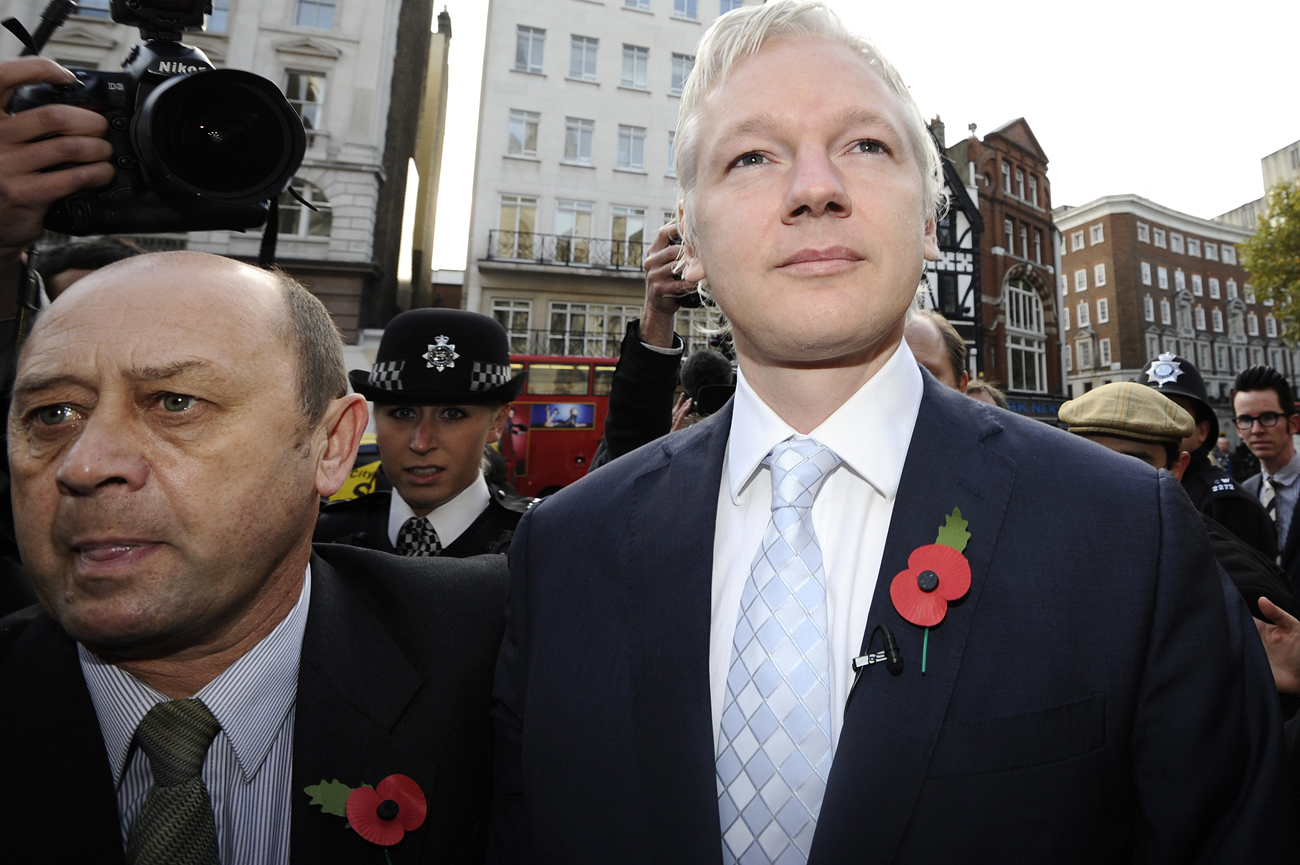 After losing an earlier ruling that said he had to travel to Sweden to answer sexual-impropriety charges, Julian Assange of WikiLeaks appealed the verdict. On Wednesday morning, he lost that appeal too. He could still appeal to the British Supreme Court, but it is a matter of ‘when’ Assange goes to Sweden, not ‘if’. By SIPHO HLONGWANE.

Former WikiLeaks spokesperson Julian Assange lost his appeal against an extradition to Sweden at the British High Court on Wednesday. He may still appeal to the British Supreme Court.

Assange once more argued that it was unfair and unlawful for the British to send him to Sweden to answer sex-crimes charges. The Australian claims that the charges are politically motivated by those opposed to his work with WikiLeaks, the spiller of secrets.

British High Court Judges John Thomas and Duncan Ousely rejected Assange’s defence. The lawyers argued that it was disproportionate of the Swedish authorities to demand an extradition for the crimes at hand.
The judges rebuffed that argument. “In any event, this is self evidently not a case relating to a trivial offence, but to serious sexual offences,” the judges wrote.

The charges for which Assange must answer are the rape of one woman, and the molestation of another, according to the Associated Press. From the testimony of the lawyers, it appears that a consensual sexual encounter between Assange and the two women turned non-consensual.

“Ben Emmerson QC, for Assange, had claimed the warrant ‘misstates the conduct and is, by that reason alone, an invalid warrant’. He recounted evidence of the encounter on the night of 13 August 2010 between Assange and a woman known as AA, who was hosting Assange at her apartment, during which AA said Assange tried to have sex with her without a condom,” the Guardian said. “Emmerson said there was no evidence of a lack of consent sufficient for the unlawful coercion allegation contained in the arrest warrant. He argued the court had to decide only on whether the arrest warrant in connection with the events was valid on ‘strict and narrow’ legal grounds.

“Acting for the Swedish director of public prosecutions, Clare Montgomery QC said the charges detailed in the warrant were valid allegations and said AA, and another woman, known as SW, had described ‘circumstances in which they did not freely consent without coercion’. She said the definition of an extradition offence ‘means the conduct complained of. It has nothing to do with the evidence’,” the Guardian said.

Before the first court, Assange’s lawyers tried to argue that it would be better for him to be questioned by authorities in Britain – where he apparently believes he’s less likely to end up in Guàntanamo Bay as a terrorist prisoner – rather than the bother of being carted to Sweden in chains. However, the previous court awarded the extradition order when it became convinced that Assange needed to be questioned in Sweden, where the sexual impropriety laws are much tougher than in Britain.

Emmerson reintroduced the argument before the appeals court, saying that had he been accused in Britain, he wouldn’t have been charged. “There can be no doubt that if what Mr. Assange had done had been done in England and Wales, he would have been charged,” the ruling said.

The judges said that the details of inconsistency with the evidence that had since come to light would indeed be of material importance, but that didn’t mean Assange didn’t need to go to Sweden to answer for what had happened. The judges cited one example of a woman who claimed that she was asleep when Assange had unprotected sex with her against her will, but later said that she may have been partially awake during the encounter.

An independent lawyer quoted by the Associated Press said that Assange would need to have the court’s permission to appeal the decision, a process which takes about two to three weeks. If leave is given, Assange will be able to take the case to the British Supreme Court. He could also try to take this to the European Court of Human Rights, but that wouldn’t be a very good idea.

In the meantime, WikiLeaks has halted the publishing of the US Diplomatic Cables cache to focus on its cash-flow difficulties. DM