Zuma's Monday Massacre and the importance of free media

Zuma’s Monday Massacre and the importance of free media 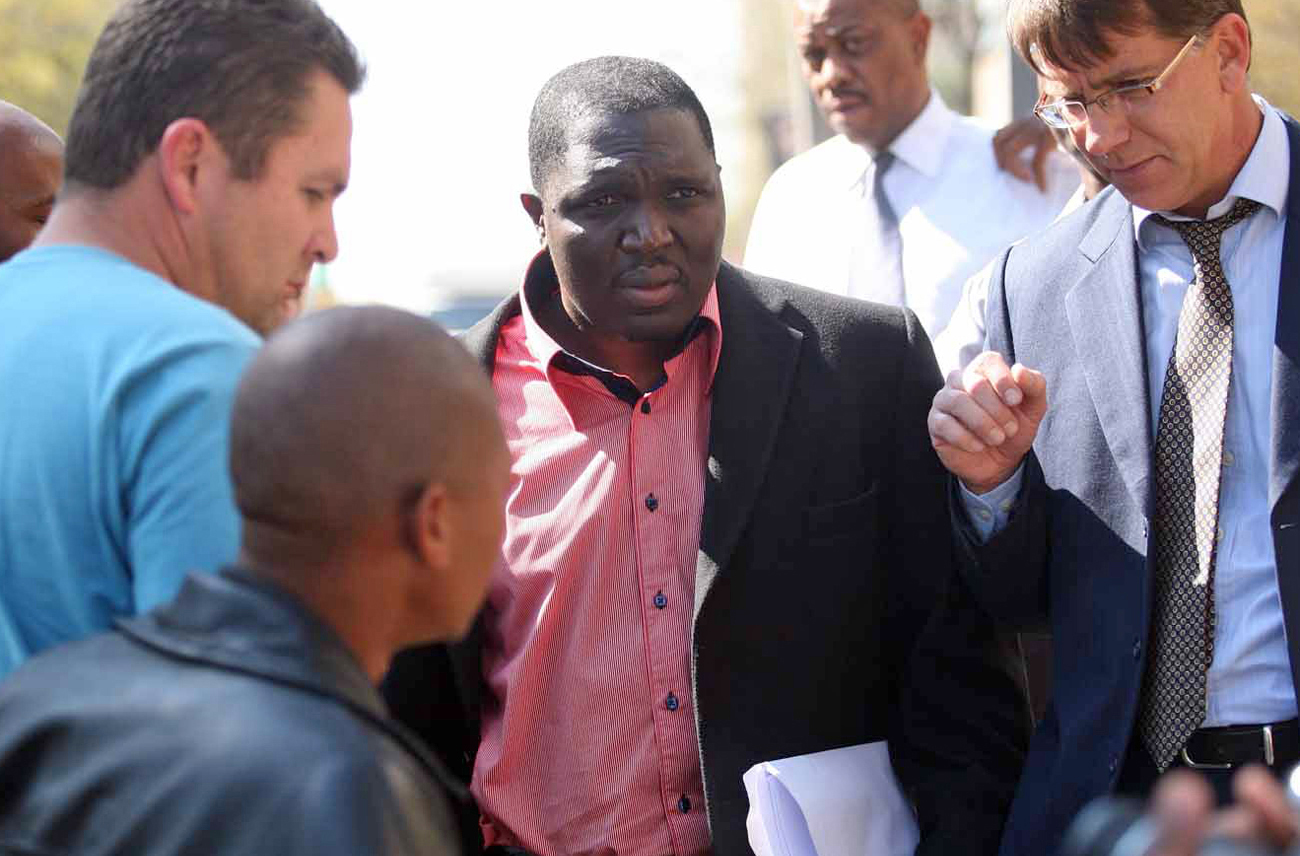 It's interesting to note that at a time of increased hostility towards the media in general, and the print media in particular, newspapers would be celebrating one of their greatest victories. It hasn't been put like this yet (and it may still be this Sunday), but surely one of the headlines that could have rung out in the wake of Monday's series of announcements by President Jacob Zuma is "Sunday Times claims Minister, Police Commissioner". By STEPHEN GROOTES.

It was because of newspapers, and the media, that Zuma was put in a position in which he eventually had to act this week. Now would be a good time to evaluate how the battle between hacks (like us) and politicians (like Zuma) is going. Who is really winning this battle in the field of public opinion?

It was that incredible team of Stephan Hofstatter and Mzilikazi wa Afrika (disclaimer: Grootes is a personal friend of Hofstatter) that on 1 August last year first broke the news that National Police Commissioner Bheki Cele had been personally involved in arranging the deal for a new police headquarters with Roux Shabangu. Fourteen months later Cele is suspended, and Gwen Mahlangu-Nkabinde is no longer with us as Public Works minister. And it’s not a story that’s necessarily dead yet; the political ramifications of Cele’s suspension could linger on for a while.

So it’s a moment to celebrate our media. But not everyone is so pleased. On Tuesday morning, presidential spokesman (he really is so much more) Mac Maharaj was asked pretty directly by Talk Radio 702’s John Robbie whether he would congratulate the media, and particularly Hofstatter and Wa Afrika. It’s kind of like asking the French rugby captain whether he thought the All Blacks played particularly well last week; an absolutely fair question, but still it stings. Maharaj has been around, he can deal with questions like this. And he wasn’t going to give an inch. His reply was vintage Mac: “Oh no John, but look at the problems the media causes as well”.

It would seem less than sportsmanlike for Maharaj to say that. On his own, and in private, perhaps his answer might have been different. But the on the record answer seems to indicate there is still serious anger within the ANC and government with the media.

Government is getting slightly better at the media game. Jimmy Manyi, after a few missteps (who can forget his first two press conferences that started with a list of things he wouldn’t talk about), is beginning to find some rhythm. He appears to know that it’s important to answer the phone, and that with a bit of finesse, you can not confirm something, but not deny it either. Over time, his gaffes are almost being forgotten.

In the meantime, the media has made a few gaffes of its own. Despite Ray Hartley’s best efforts, the four-year-old-picture of a black boy with a white man looking like a hunter crouching over him was not the Sunday Times’ finest hour. The problem with stories like that is they tend to make all your other exclusives, no matter how worthy, seems less likely to be true. So when Mandla Mandela is reported to have taken two Sunday Times journalists hostage, part of the process in deciding whether it is credible involves which story you last read, the Facebook Racist fracas or the police HQ lease scandal.

One of the other major weapons in the arsenals of both the media and politicians is spin. There are several reasons why Zuma’s looking good at the moment. A major part of it is that he’s taking action; journalists love a decider, someone who actually does things. It gets them all excited, gives them something write about. But the other part is that his spin operation has improved. This is no slight to Zizi Kodwa who used to be in charge of that department, but Maharaj seems to be in a different class. And if he were reading this, he would be likely to prove his professionalism by saying that actually the president is looking good because the president is acting good, that it’s all Zuma, and nothing to do with him, etc.

Strangely, the media’s spinning abilities can be patchy. The Mail and Guardian’s Nic Dawes knows the value of getting into the electronic media immediately after the first hint of criticism of a front-page story. Sometimes the Sunday papers take a little longer. Often it’s only by Monday that you are able to get through. And because Monday is usually part of their weekend, by the time they do respond, the story is over and the politician has won. Maharaj’s phone seems to always be on.

One of the questions that has never been really answered, is whether there is a small group of people driving the “anti-media” agenda within the ANC. Who has reason to be angry enough to never forgive the media, and who is powerful enough to drive such a thing. The answer would seem to be fairly obvious. Who went through a rape trial that might not have happened if the Sunday Times (there’s that paper again) hadn’t splashed the fact he’d been charged on its front page? And incidentally, which Sunday paper employs Zapiro?

As economic pressure builds on newspapers in the face of more and more electronic outlets, the way they will compete is going to be in setting the agenda with exclusives. The old, time-consuming legwork which takes a week to fill a thousand words on the front page. From that point of view, we are likely to see more antagonism between newspapers and government/ANC as they dig deeper to find the dirt.

An open question remains in the wake of Monday’s events: what is the future of the Protection of State Information Bill, now that the importance of investigative media’s been so emphatically proven? The fact that Zuma has acted against Cele and Mahlangu-Nkabinde appears to give the media a rather large weapon to use in public against moves to muzzle it. It’s proof that without a free press, corruption will flourish. It will be very useful in the fights to come. But politicians can have long memories. The people who’ve gone down now will have powerful comrades who are sorry to see them go. They will be keen for vengeance. And so might be a president forced to act against his own comrades. DM Photo: The arrest of Mzilikazi wa Afrika. The Sunday Times.