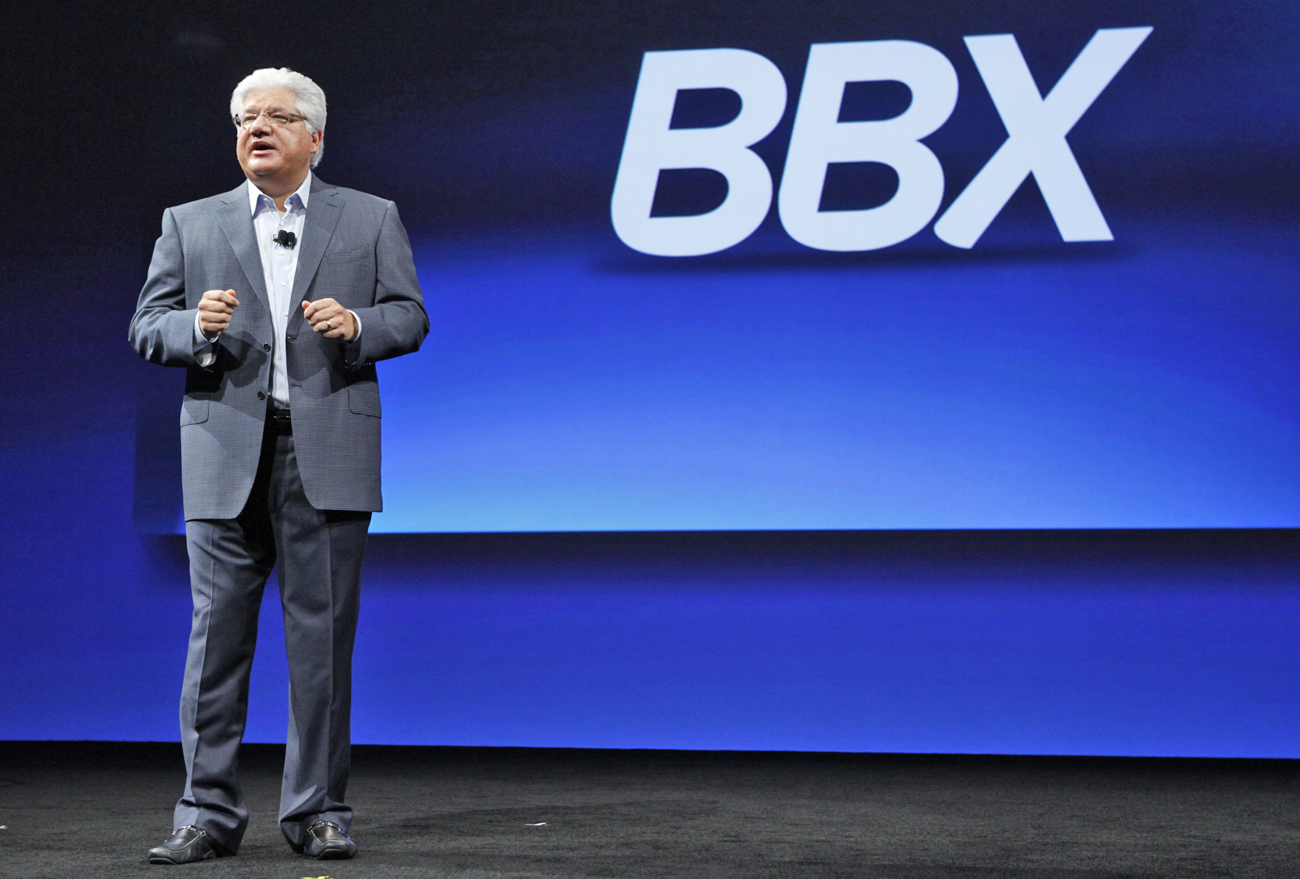 Research in Motion has recently announced a new direction for its smartphones and tablet devices that will place it closer to its rivals in terms of integration between the two. Much like the way Apple and Google operating systems work, the BlackBerry smartphones and tablets of the future will share a single OS. SIPHO HLONGWANE spoke to the managing director for Benelux, Central Europe and Africa at RIM as well as the director for product management in Africa about the new developments.

At the BlackBerry 2011 Developers Conference (or DevCon), RIM co-CEO and founder Mike Lazaradis unveiled BBX, a new operating system that will run on BlackBerry smartphones and the BlackBerry Playbook as soon as next year.

It will also feature a major improvement in the user experience (UX) in the less boring areas, like support 2D and 3D gaming.

Rui Brites, the director for product management in Africa told iMaverick that the new BBX system was RIM’s way of securing its future. “With BBX, we’ve opened up in a big way,” he said. “We have over 400,000 developers worldwide and have now developed tools for Android developers to submit their apps to the BlackBerry App World without needing to recode.”

Any current WebWorks and HTML5 apps created for BlackBerry devices will integrate effortlessly with BBX, according to Brites. Any apps made using Native SDK, Adobe AIR/Flash and WebWorks or HTML5 for the Playbook will also work on the new OS.

The new OS should make for a happier experience for BlackBerry multimedia experience, especially on smartphones, where the app market felt a bit sparse. Playbook users will find joy in BBX as well.
Astonishingly, given all the doom-and-gloom headlines, the BlackBerry App World is the second-most profitable app market in the world, behind only Apple. (Take that, Android.)

Brites had some great news for the African part of the BlackBerry market – a SIM-card Playbook will become available from next year onward, and will come with native email (a software program that handles email from within the device) and compatibility with Android-developed apps. The Playbook currently availabl works only on Wi-Fi, which can be a huge problem in Africa, where such coverage is scarce.

RIM is making significant moves towards cloud-based services. Microsoft recently launched Office 365, a cloud service aimed at businesses, particularly the smaller ones with no IT department. RIM has leapt at the opportunity for its Enterprise users, and announced that hosted BlackBerry Enterprise service will be available for Office 365 users. These are business-aimed products, mind you.

Brites said that BlackBerry Protect will soon be available as a cloud service for small businesses, allowing entrepreneurs to protect and remotely control several devices via the web.

The move to adopt the one-OS-fits-all approach will bring RIM in line with Microsoft, Android and Apple, who all develop a single system that can work on smartphones and tablets. And opening up the BlackBerry App World to Android is a bit of a master-stroke. The BlackBerry devices of the future should be able to handle the new, multimedia experience denied to previous devices due to a lack of processing power and memory.

All of this comes in the wake of the massive service outages that RIM experienced last week. On Monday, a critical switch failed in a server in Slough, leading to a collapse of the BlackBerry Internet Service in Europe, the Middle East and Africa. The slowing down of data caused traffic back-ups that affected service in the Americas as well.

Robert Bose, the managing director for Benelux (Belgium, Netherlands, Luxembourg), Central Europe and Africa at RIM, says they are still looking into exactly what went wrong with the server in question. He said that it wasn’t so much the critical switch fail that caused the trouble, but a back-up system that was meant to click into place didn’t work as tested, leading to the two-day outages.

Bose said that he didn’t believe that the service interruption would harm their market growth prospects in Africa, as they were working hard to fix the damage caused. BlackBerry has about 70 million active users around the world, according to Bose, and numbers are growing.

But the worry for RIM is that sales and market share are tumbling. Steadily so, for the last three quarters in row. Can BBX and BlackBerry’s new pal Android halt that? DM