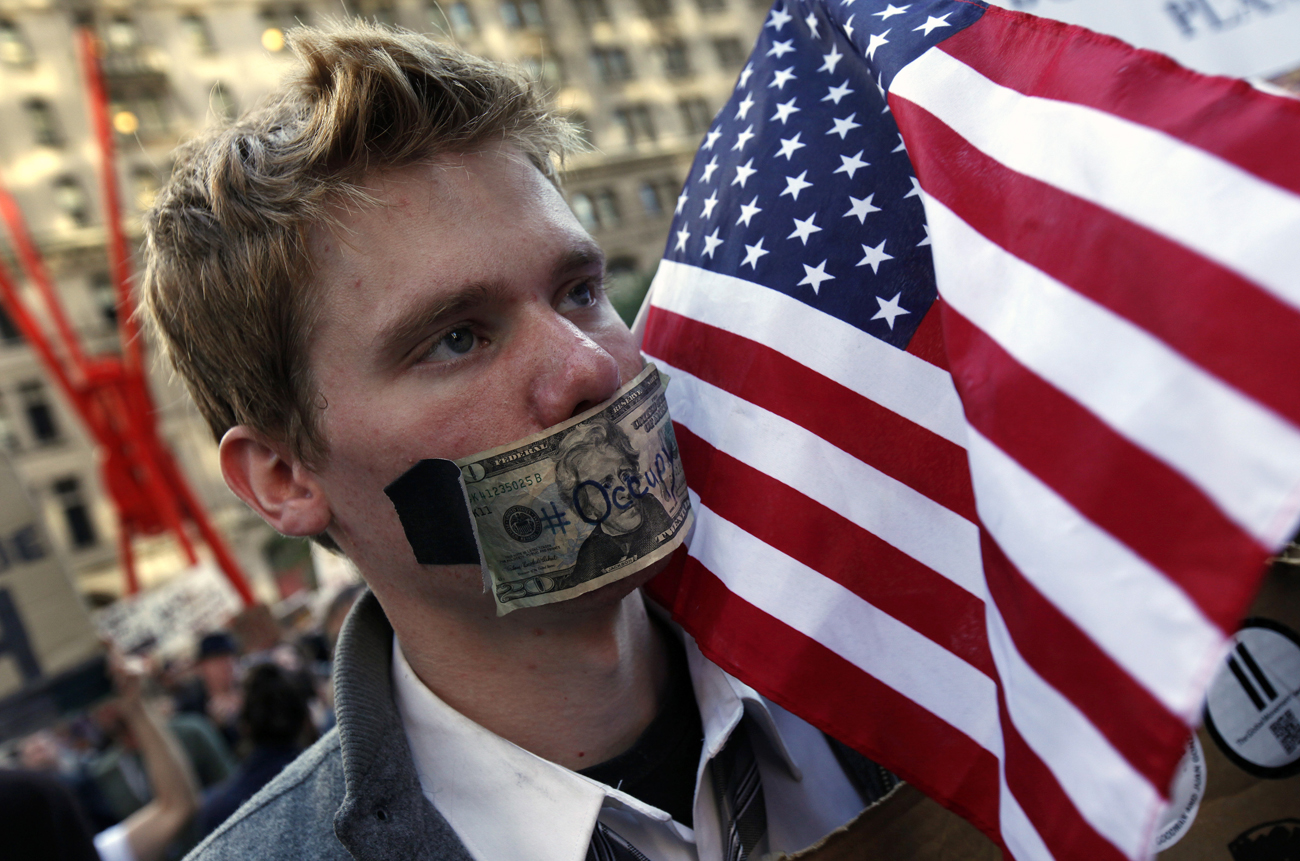 Much to the chagrin of politicians on both sides of the political spectrum, the campaign to Occupy Wall Street is gaining momentum by the day. The weekend saw the appearance at Manhattan’s Zuccotti Park of one of the world’s most famous philosophers, and with long think-pieces now appearing in sober mainstream newspapers across the nation, the movement looks set to kick up yet another gear. By KEVIN BLOOM.

In July 2010, The Telegraph of the UK named Slavoj Zizek the “world’s hippest philosopher”. It was a moniker, no doubt, that only increased the animosity directed his way by other first-tier philosophers – most of whom have public personas that are irredeemably the opposite of hip – but it’s highly unlikely that Zizek gave a damn. The 61-year-old Slovenian, president of the Society for Theoretical Analysis of Ljubljana and international director of the Birkbeck Institute of Humanities in London, had long since stopped caring what his contemporaries thought of him. Why should their opinions count? He had by then written more than 50 books translated into 20 languages, notched up hundreds of thousands of Youtube views for his recorded lectures, and starred in two documentaries. Oh yes, and in a few days time he would be the headline act at the London Literature Festival.

Unsurprisingly, this “Elvis of Philosophy” – who in The Telegraph interview dismissed that particular put-down with the words, “To the Gulag! All of them!” – arrived on the weekend in the heart of the ever-expanding Occupy Wall Street campaign. On Sunday, he appeared in Manhattan’s Zuccotti Park, where the protests started with a few hundred people three weeks ago, to address the large crowd. According to the New York Observer, his talk began with prepared notes that repeated almost word-for-word some of the passages from the 2005 documentary Zizek, and then segued into an old Eastern Bloc joke, borrowed from the introduction to his 2002 book Welcome to the Desert of the Real.

The joke, explained the Observer, is “about a dissident who’s about to be sent to a work camp in Siberia. Since he knows his letters will be censored, he tells his friends he’ll write to them using a simple code: Blue ink for the truth, red ink for lies. His first letter arrives, and it’s a glowing report of life in the camp – a lovely apartment, great food, beautiful women. Then he concludes, ‘The only thing we can’t get is red ink.’”

Occupy Wall Street, Zizek then told the crowd, points out the lies that underlie American capitalist society. “You’re the red ink,” he said.

Not exactly the sort of thing that’s going to pass unnoticed by the American Right, who in their panic have already started to condemn the protesters by calling them Trotskyites and Leninists (on the Left, no-one is taking it for granted that these name-callers actually know the difference). Still, while Zizek may have been about as unstructured in his talk as the protesters are in their demands – the Slovenian superstar moved from practical advice to the failure of the communist revolution to a condemnation of organic food as a “pseudo activity” – his presence counted for a lot. A Washington Post blog, acknowledging that one of the principles of Occupy Wall Street is that it is a “people-powered movement,” suggested that Zizek may be one voice to fill the leadership vacuum.

Would Zizek want the job? Tough to say. One thing that is certain, now that this populist campaign against big business and investment banks has moved to towns and cities across the United States, is that he’s not the only figure coming at the phenomenon with serious intellectual clout. On the same day that the abovementioned blog appeared, a lengthy feature article was published in the main body of the paper, written by author and shareholder activist Robert Monks.

“Corporations are creatures of statute,” noted Monks. “There is no Common Law of corporations, they are instruments licensed by the state originally in aid of certain public objectives. But few of these objectives are left. With the passage of time, corporate charters have lost any power to keep corporations in check. What is left? Only the pursuit of wealth. As Baron Thurlow reportedly said, ‘Corporations have no soul to save and no body to incarcerate.’ Their charter is in the gift of the public. They have no inherent right to exist.”

In these words, Monk is articulating not only the legal right of the protesters to call for redress against America’s corporations, but their obligations as citizens. He goes further. Stating, in historic terms, that “rage at unfairness is not easily quenched and once started can be hard to curtail,” he warns that shareholders in these corporations would be well advised to align themselves with Occupy Wall Street. “Shareholders may think of themselves as victims of CEO power, as innocent shareholders, but we need only look to the Russian and French Revolutions to see that everyone having anything to do with fallen power, or in this case ‘guilty corporations,’ may be attacked and injured – even if, like shareholders, their only crime is doing nothing.”