Avusa's Prakash Desai and the case of executive pay goi... 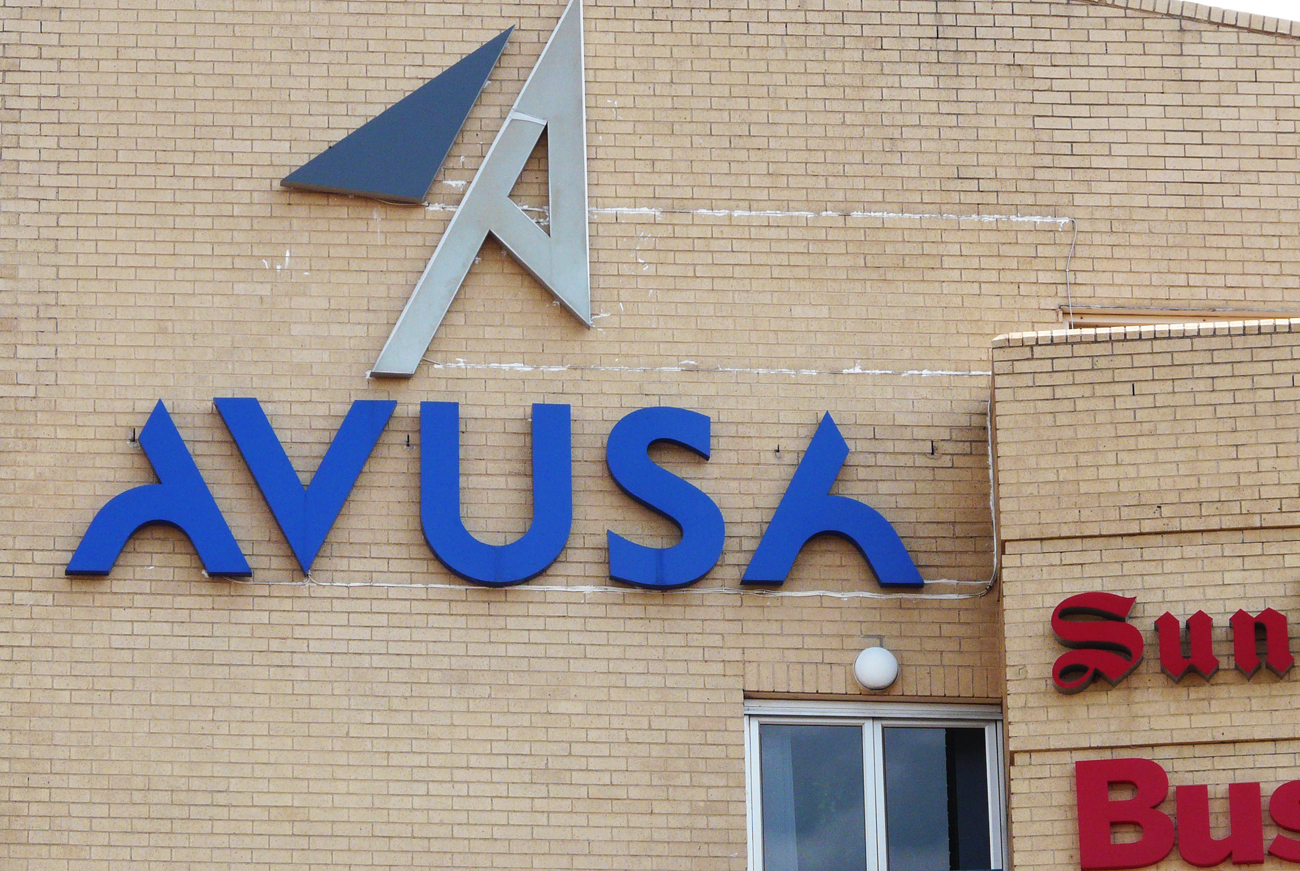 It was the end of an era for Avusa when Prakash Desai left the building with millions in his pocket as a reward for what can only be described as a less than mediocre tenure. The big question shareholders should ask themselves is why Desai was so handsomely compensated for such a dismal performance. By MANDY DE WAAL.

Former CEO of Avusa, Prakash Desai bailed (or was pushed) out of the media company that owns Sunday Times a week ago with loads of loot. Avusa-owned title Business Live said the CEO, who is well known for looking for number one, left with a settlement in the region of R28 million.

A few days earlier, Desai’s head had been on the block following a bloody AGM which saw the shedding of directors including Avusa’s chairman. While denying that his position was in question, and penning an indignant “I am still CEO” memo to staff, Desai did what CEOs do when they have one foot out the door. He cashed in R3.69 million worth of share-based incentives that were handed to him about eight years ago.

But there were lots more where those shares came from. Business Report’s Ann Crotty writes that Desai got an additional R2.5 million in rights on the very day he stepped down as CEO. Crotty says this was part of Desai’s settlement agreement with the board, which saw him paid out for his entire fixed term contract all the way to the second half of 2013.

Desai’s had good experience negotiating (or directing the outcomes of) remuneration committees. And with great results too. A couple of years ago, the media man who was good at building his own value, less so that of Avusa’s, took home a massive R28 million or more for selling some of the media company’s best assets.

In 2006, Avusa (then called Johnnic Communications) sold its 38,56% stake in pay-TV channels M-Net and Supersport to Naspers for R250 million in cash and just over 20 million shares. Johnnic made R1,1 billion in profit from the deal, which essentially saw it divest of a cash cow that had brought in the lion’s share of its revenue and profits.

At the time of the deal, shareholder activist Theo Botha pointed fingers at Avusa, saying that negotiations had been “done by stealth” and that the sale was forced through. Botha also questioned Desai’s lack of disclosure because at the time results weren’t published as Johnnic transformed into Avusa.

Desai was actively criticised for getting rewarded not for adding value, but purely for breaking up Johnnic and transforming it into Avusa, a company that analysts have noted is steeped in legacy operations. Avusa is all printing presses, magazines, newspapers, books and movie interests at a time when other media houses are getting rich on digital.

It’s interesting to contrast the separation of fortunes between Naspers and Avusa (then Johnnic) at about the time the M-Net and Supersport deals went down. Naspers had been burning money in China but in May 2001 acquired a 46,5% interest in a company known Tencent that owned an instant messaging platform called QQ. Tencent listed three years later and today Naspers (through MIH) owns just over a 35% share of what, in the meantime, became the Chinese digital giant.

The acquisition was followed by a series of forays into Bric-type countries at a time when few people were investing there, and all the online action was Silicon based. Naspers (through MIH) acquired shares in Brazilian media company Abril (2006); Russian internet business Mail.Ru (2006); Poland’s Gadu-Gadu (2008); and accelerated its acquisition spree, which included Nimbuzz; Tradus; BuzzCity and Allegro.

The smart acquisition trail would add enormous value to Naspers, positioning it as one of the world’s top media and e-commerce players with a strong foothold in emerging markets ahead of a global recession that would see the first world falter and emerging economies begin to shine.

In turbulent markets, where more traditional media is flailing, Naspers continues to grow. This past financial year it reported an 18% increase in consolidated revenues to R33 billion and 7% increase in profits to R5.8 billion. Avusa’s financial results for the same period weren’t that shabby but while Naspers’ results were buoyed by growth, Avusa’s was “padded” by the UHC – Retail Solutions acquisition. When stripped out from the balance sheet, Avusa’s financial performance for this past year is second-rate, if not flat line.

Two trends have dogged Avusa since the disposal of those pay-TV shares. The first is poor deal-making which has done nothing to buoy the media company’s value. The second is management that could only be described as disinterested, but this is largely because the leadership of Avusa hold such marginal shares in the company which is essentially owned by corporate shareholders like Mvelaphanda, Coronation et al. Beyond pay cheques and bonuses, there is little more incentive for Avusa executives to remake the media company into anything of real worth.

Like Connie Molusi before him, Desai’s term didn’t show an impassioned CEO striving to be a media visionary by leaving a remarkable legacy, but rather a staffer doing it for the man and the pay cheque – hardly a recipe for success. As he is departing, he is leaving behind demoralised editors, journalists and a company that, while housing some of the best SA brands, has no clear idea about what it wants to be in future.

Key shareholders like Coronation Fund Managers grumbled about Desai’s leadership with chief investment officer Karl Leinberger voicing off to the Sunday Times about the “poor performance of Avusa, discontent at how executives at Universal Hirt & Carter had been sidelined since Avusa bought it for R925-million last November, and a lack of proper leadership”. In the meantime, the Capitau bid for Avusa was derailed.

But the institutional shareholders that own Avusa have been rewarding Desai for mediocrity for many years now. During the same time that Naspers was buying up digital stars in the developing world, Avusa took its billion and did one deal. It bought what is essentially a printing press and alienated the management that used to run that business.

Let’s say it one more time with meaning for special effect. While Naspers was investing in smart internet assets that would later prove cash cows for growth and further acquisitions, Avusa bought another dinosaur to keep the legacy brands in its stable company, in a deal that pissed its empowerment shareholders, Mvelaphanda, off no end.

In a world that is seeking to curtail executive pay, Avusa’s shareholders have been anything but responsible. Desai was given long term contracts, bonuses for disposing of value, incentive-share schemes which he has retained, and will benefit from, despite leaving Avusa. This coupled with a lack of disclosure and a remuneration committee that served executive interests ahead of shareholder interests or the collective good resulted in the rewarding of mediocrity year after year.

When tracked alongside Naspers’ share price, the story of these two media companies is so evident. Love him or hate him, Naspers is led by an eclectic visionary in Koos Bekker that has done little more but grow value. Avusa’s share price on the other hand has been a stagnant line. Much like a heart-rate monitor hooked to a corpse it has done nothing but bear witness to opportunities lost.

When shown the door, upset former Avusa board members wailed about shareholder interference saying these stakeholders were overstepping their mandate. Au contraire, it is surprising that these institutional shareholders took so long and allowed their investment to be so devalued before stepping in and taking action. Avusa is currently trading at around R23.00. Commentary in Avusa’s own newspapers indicates that the media’s shareholders feel that is R10.00 more than the shares are truly worth.

In a new world of capitalism where restitutive practices like the Dodd-Frank act are making executives liable for the damage they wreak, Desai presided over the great erosion of value at what was once one of SA’s finest media companies. DM