Public order policing at the crossroads 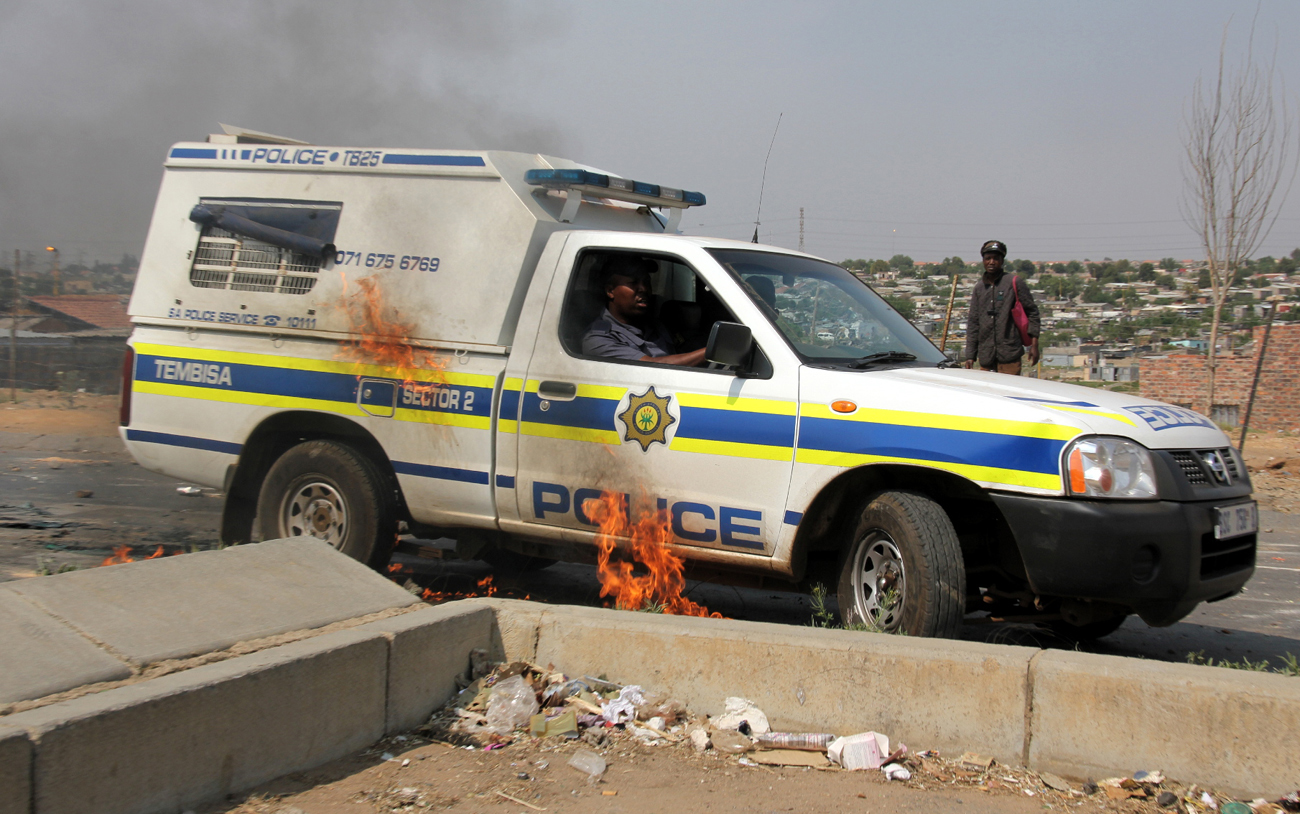 South Africa is going backwards in its handling of illegal and potentially unruly gatherings – even as the number of such gatherings seem certain to continue to rise. Increasingly, under-trained and under-equipped police are failing to keep the peace at protests, and sometimes they actually trigger violence. And while the blame for that should mostly go to policymakers (and, perhaps, society as a whole), that won't help the next several Andries Tatanes. BY PHILLIP DE WET.

If you’ve been watching recent protests in the Western Cape and Gauteng, this may have a familiar ring.

“Crowd control approaches other than dispersal were all reactive and products of the self-imposed constraints of insufficient numbers, inadequate training… policemen resorted to force because their training was based on it, their equipment was inappropriate for much else, and their strategies and tactics afforded few other options than force, when the threat of force failed to work on its own.”

While that description can be applied to many service-delivery protests since the local government elections in May, it was written in 1998, in an academic analysis of the policing of public gatherings between 1960 and 1994, commissioned by the Truth Commission research unit. Yet, much of the criticism authors Janine Rauch and David Storey had for apartheid-era management of illegal gatherings – best summarised as “shoot the hell out of them” – is true today. When suddenly confronted with a dangerously angry crowd, the default strategy is either containment or dispersal. The one bottles up trouble, allowing it to grow and ferment, the other spreads people inclined to violence and crime across an area too big to police. Both approaches require the use of significant force. Both carry a heavy risk of escalation. Neither is conducive to long-term stability.

The similarities don’t end there. Now, as before 1994, police in crowd situations carry lethal weapons, or have them to hand. They often lack individual protective gear, leaving them to retreat to armoured vehicles (if those happen to be available) and lose the initiative, or go on the offensive in order to defend themselves. The untrained and inexperienced are thrown into crowd-management situations where their belief that crowds are dangerous tends to manifest as aggression, which makes that belief self-fulfilling.

“We’re going back, in a sense, to where we were before,” Professor Monique Marks of the University of KwaZulu-Natal told a DefenceWeb conference on public order policing this week.

Marks has written extensively on police organisation, has spent time in the field with public order policing units, and has happy memories of the post-1994 re-evaluation of police crowd management. The new policies that flowed from that made for a cuddlier, more community-friendly style of crowd management, and a plummeting in the number of violent incidents and deaths. Over the last two years, though, that has changed dramatically – most notably with the death of Andries Tatane in Ficksburg in April, after he was severely beaten by police during a service-delivery protest, but other examples abound. In September alone, the perceived overly-violent reaction by police to such protests saw bigger and more violent protests follow in both Tembisa and Themb’elihle, for instance. Many were lightly injured, and though all the injured naturally claimed they were innocent, that’s not too hard to believe in the case of the women and children.

There are many plausible reasons why things are going wrong again. The increase in violent incidents closely matches an increase in the number of service-delivery protests, leaving police stretched thin. Those protests tend to be about basic necessities, such as water and electricity, rather than political principles or higher salaries, which makes them inherently more volatile. But a fair amount of the responsibility has to go to those who make (or fail to make) policy, by way of the police.

The increase in violent incidents at protests also correlates to the remilitarisation of the police – the era of shoot-to-kill-except-not-quite. That confused approach to crime in general, one that requires a respect for human rights while also demanding the use of force on the bad guys, must inevitably spill over into public order policing. Police are getting “mixed messages both from their leaders and from the public,” says Marks, and incorrectly feel they’ll be protected at the political level if they overstep the legal line.

That sense of unaccountability, and the fear it engenders among potential offenders, is arguably doing some good in other spheres. When it comes to crowds, though, it is downright dangerous. With protests, Marks says, it is vital for crowds to know how the police will react and how far they can be pushed. “We no longer have that sense of predictability.”

That’s something of an understatement. When ANC Youth League members hurled stones at police and journalists during an illegal protest in the Johannesburg CBD in August, the police fortified the area around the ANC headquarters, blocked off roads around the crowd, and basically waited out the trouble. When the residents of Schubart Park started throwing bricks and bottles at police and journalists in the Pretoria CBD just weeks later, police responded with rubber bullets and teargas, fortifying the area around the buildings and keeping residents inside. In Themb’elihle police stood by as cars were stoned and one set alight, making no effort to effect arrests, but the next day moved into the township to break up gatherings. In Tembisa police drove through the streets, firing rubber bullets randomly at peaceful small groups, later ignored big gatherings and violent gatherings, and later still broke those gatherings up. Detentions are capricious, the decision on who is set free and who arrested, even more so. Sometimes significant force is used right up front, at other times it is the bare minimum.

In August new policy guidelines for public order policing were released, calling for “an approach that does not stimulate violence” and “respect for constitutional rights”. In September police denied several communities in Gauteng the opportunity to gather, or march, or in one case even hold a meeting at a taxi rank. This week police minister Nathi Mthethwa said metro police services do not have the power to police protests, and that the SAPS should take control in any such situation. In Tembisa the Ekurhuleni Metro Police are loathed for what the community sees as cowboy tactics, as again displayed just a week ago.

That disconnect is hardly surprising, though. Some solid recommendations that date from the early 1990s have not been implemented yet, or have been abandoned since. A new policy calls for the introduction of useful specialised equipment such as water cannons, and pervasive use of video recording both for later prosecution of violent protesters and in debriefing and training. The wording is nearly identical to proposals dating back more than ten and 20 years respectively.

Another throwback to the past is a worrying shift in community attitudes towards the police. Rather than increase their authority, along with discipline, remilitarisation seems to be rapidly undermining their image as servants of the people. Instead the police are being cast as blunt instruments used by the government to suppress, and oppress. That makes them legitimate targets. “We will never turn against our police, but they have turned against us,” a community leader told a meeting in Tembisa this week. “You can only push people so far.” That was a couple of days after petrol bombs were thrown at unarmoured police cars. Inside Schubart Park a group of young men held a serious planning session about throwing a policeman from a window high up a building; the major dispute was about how high, and how to make sure cameras captured his fall. In Themb’elihle one woman explained how the government would take notice of demands only “when we spill the blood of these people, when we kill one of them”. These sentiments are sometimes born of a need for revenge, and sometimes for a desire to make a point, but they never consider the police as protectors.

The solution starts with training, equipment, new approaches and the re-establishment of specialised units. But that can neither be done quickly enough to have an impact on the ongoing wave of service delivery protests, nor is it a long-term solution.