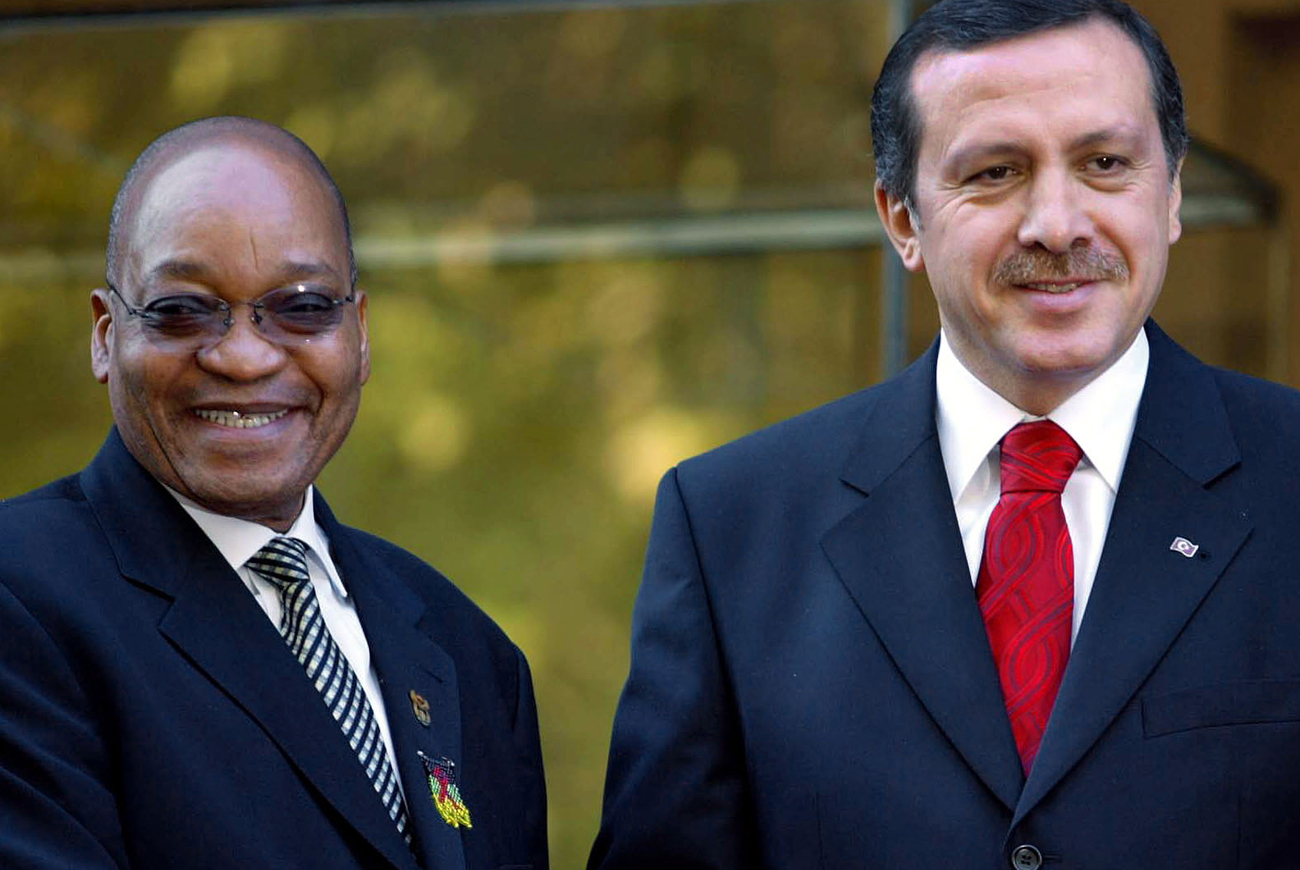 It is becoming increasingly evident why South Africa was invited to join the Bric formation. Africa’s largest economy is serving more and more as a stepping stone for the most vibrant developing economies of the world to get into the continent. In turn, South Africa’s foreign focus is shifting away from Sick Man Europe (and the US), towards the East. Welcome to the new world of ever-stronger and ever-more important growing powers' relations. By SIPHO HLONGWANE.

Why was the Dalai Lama refused an entry visa into South Africa? Or, more correctly, why did the Bhuddist leader cancel his planned trip to South Africa on Tuesday?

The Dalai Lama was due to visit South Africa from 6 to 14 October to celebrate Archbishop Desmond Tutu’s 80th birthday, but couldn’t get a visa in time.

His office submitted papers to the South African High Commission in New Delhi at the end of August, and two days before the Dalai Lama was supposed to fly to South Africa, they had not heard anything back on the visa.

“We are, therefore, now convinced that for whatever reason or reasons, the South African government finds it inconvenient to issue (a) visa to His Holiness the Dalai Lama,” the religious leader’s office said in a statement. “His Holiness travels around the world to promote human values, religious harmony, world peace and compassionate principles that form the core of his communications and interactions everywhere. And in doing so, His Holiness does not want to create any inconveniences to anyone, individuals or governments. His Holiness has thus decided to call off his forthcoming visit to South Africa.”

The unofficial reason, hotly denied by the South African government, is that China is leaning heavily on South Africa not let the Dalai Lama in. The de facto leader of Tibet is branded a separatist by Beijing, and they have tried to exert their international influence on other countries to give the Dalai Lama a cold shoulder as well. It hasn’t always worked.

Of course, there is no official and acknowledged directive from Beijing to Pretoria on Burma. There’s no evidence that China told South Africa to keep the Dalai Lama out. Our government’s hesitation implies Beijing’s interference.

In 2009, we were right at this situation again – the government refused to issue the Dalai Lama a visa, saying that his presence in the country would take attention away from the World Cup.

The main reason why the China influence theory won’t die down – aside from the department of international relations and cooperation failing to adequately address the situation each time – is that China is by far and away South Africa’s largest trading partner. In the first half of 2009, trade volumes between South Africa and China exceeded R32,4 billion – for the first time higher than trade with the US and the European Union.

Over the last five years, Chinese firms have begun to invest even more aggressively in South African firms. In 2007, the Industrial and Commercial Bank of China bought a 20% stake in Standard Bank for US$5.5-billion. Chinese firms are buying South African mining companies.

At the forefront of this new relationship are the respective governments.

Last week, it was Deputy President Kgalema Motlanthe’s turn. He made a three-day visit to China where he met his counterpart and oversaw the signing of a $2,5 billion deal between the China Development Bank and the Development Bank of South Africa. The two countries signed a Memorandum of Understanding on geological exploration and mineral resources. It’s not just China’s money that Pretoria is infatuated with. Given the ruling party’s unease with capitalism, the government deeply envies China’s state-controlled economy, and wishes to replicate it in South Africa. According to the World Bank, China’s GDP growth rate was 10,3% for 2010, while South Africa’s was a paltry 2,8% – a growth on par with ailing Western economies.

As part of the New Growth Path, South Africa envisages robust economic growth driven by state-owned enterprises. That is like China’s economy, save for two key differences – China’s middle class is expanding rapidly, leading to higher domestic consumption, and China still has an abundance of cheap labour.

“Beijing says its SOEs generate about 90 percent of all jobs, and South Africa has tried to embrace the Chinese model by using its state firms as a motor to create employment in a country that suffers from chronic joblessness and mass poverty,” wrote Jon Herskovitz in Reuters Africa. “President Jacob Zuma’s “New Growth Path” policy views SOEs, state spending and government direction as the best ways to create 5 million jobs over the next decade.

After years of Western-style growth based economic policies, our government has found a new taste for an economy modelled somewhat haphazardly on China’s. Our policies are beginning to reflect that reality as well, and one sign of that may be the Dalai Lama’s failure to enter into our country.

It was probably China’s doing, more than anyone else’s that saw South Africa being invited into the Bric nation formation. Despite the African country’s economy being tiny in comparison to those of China, Brazil, Russia and India, it was welcomed into the Brics in April this year. The Brics that South Africa became a part of is largely political, and not really economic.

Nevertheless, the inclusion of South Africa into the Brics makes it that much easier for China to spread into Africa, where it desperately needs the mineral resources mined there to fuel economic growth back at home.

China isn’t the only rapidly-growing economy to shake hands with South Africa of late. Turkish Prime Minister Recep Tayyip Erdo?an is in South Africa to cut trade and business deals, as well as extend bilateral talks. “With most euro-zone countries drowning in debt and the Middle East a political hotbed, the Turks are shifting their export dependency from their traditional trading partners,” Business Day said. “In their quest to boost exports to $500bn over the next few years (from $99bn so far this year) they have set their sights on SA as a gateway to sub-Saharan Africa’s huge consumer markets.”

Who knows what new influence the Turkish will seek in Africa alongside more lucrative trade ties, especially since it has found its Ottoman swagger once more?

In all this realignment of international friendships, the European Union, the UK and the US are barely able to do anything about it. Hampered by their own economic struggles, they can only stand by and watch as South Africa (and Africa) make new buddies. The geopolitical world of the next 20 years will be markedly different to the one of today.

The real question is whether South Africa will be smart enough to seize the opportunities presented by the Turks and Chinese for its own good. DM