Schubart Park and the legal measure of threat to life 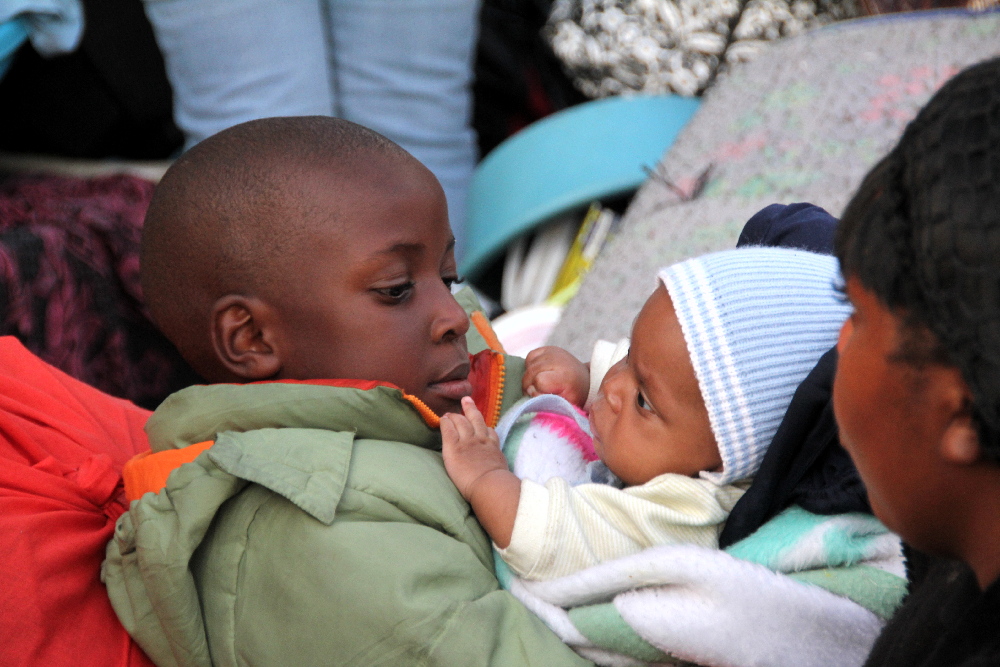 On closer examination, calling Schubart Park a slum is doing a disservice to slums everywhere. But at what point does the trauma of being forced out of a shithole you call home outweigh the clear and present dangers of staying there? The answer is very different for residents and officials – and may tell us something about our society. By PHILLIP DE WET. For a full photo-essay of the events in Schubart Park, download today's iMaverick here.

I spent a great deal of time on Friday trying to find a Schubart Park resident who was happy to be moving out of the filthy, deadly, crime-ridden buildings. Just one among the several thousand, who hoped for a better future elsewhere, who had faith in the city of Tshwane to make good on its promise of safe, clean temporary accommodation only slightly less conveniently situated. I failed utterly.

Instead there were heart-wrenching stories, agonising uncertainty, even a tiny flicker of the militancy of the days before. “They’ll never keep us out of here!” one man shouted. “We’ll be back! They can’t keep us out!” He rapidly drew a small crowd of like-minded people who wanted to add their voices. Five minutes later all were back at work, hauling clothes and furniture down 21 storeys of pitch-dark stairwells or watching over bundles of possessions stacked on the pavement.

The people of Schubart Park didn’t want to leave. Even though their children weren’t safe, even though they faced what most would consider unliveable conditions, they wanted to stay. And not all of them because they are illegal immigrants who face xenophobia in the townships or simply can hope for no better.

At root their reasons are mostly irrational: a sense of home and the stability it brings, a fundamental mistrust of the authorities, a sense of community. For the city of Tshwane, removing them is a matter of pure logic: unsafe conditions (and liability for the inevitable deaths) and a chance to turn a slum into a working, possibly even profitable, community.

There is no reconciling those points of view, and there is no right choice for the broader society between them. The courts and the legislature, however, and ultimately probably the Constitutional Court, will have to make a decision, perhaps come up with some mechanism to compare danger against inconvenience, balance the rights to life and security of tenure. And that decision will affect what might amount to hundreds of thousands of people in the end; those living beneath flood lines, or on dolomite rock, or in squatter camps where there are no roads to admit fire engines, or on slopes where mudslides are possible, or in areas where water is highly polluted, or in structurally unsound buildings. South Africa has no shortage of dangerous living conditions.

That raises an even deeper question about the kind of society we are. Do we allow people to make informed decisions about the risks they – and their children – are taking by living in dangerous situations? Or do we decide what is best for them, even if it means convincing them of that at gunpoint, and keep our collective consciences clear? If you are a bureaucrat who will have to do some explaining when people die, the answer is clear. Ditto if you live, by choice, in places others would shun. For everyone else it is a little harder. DM Boks ticked – spring comes early for the DA in Vanrhynsdorp thanks to PA, GOOD and FF+ voters