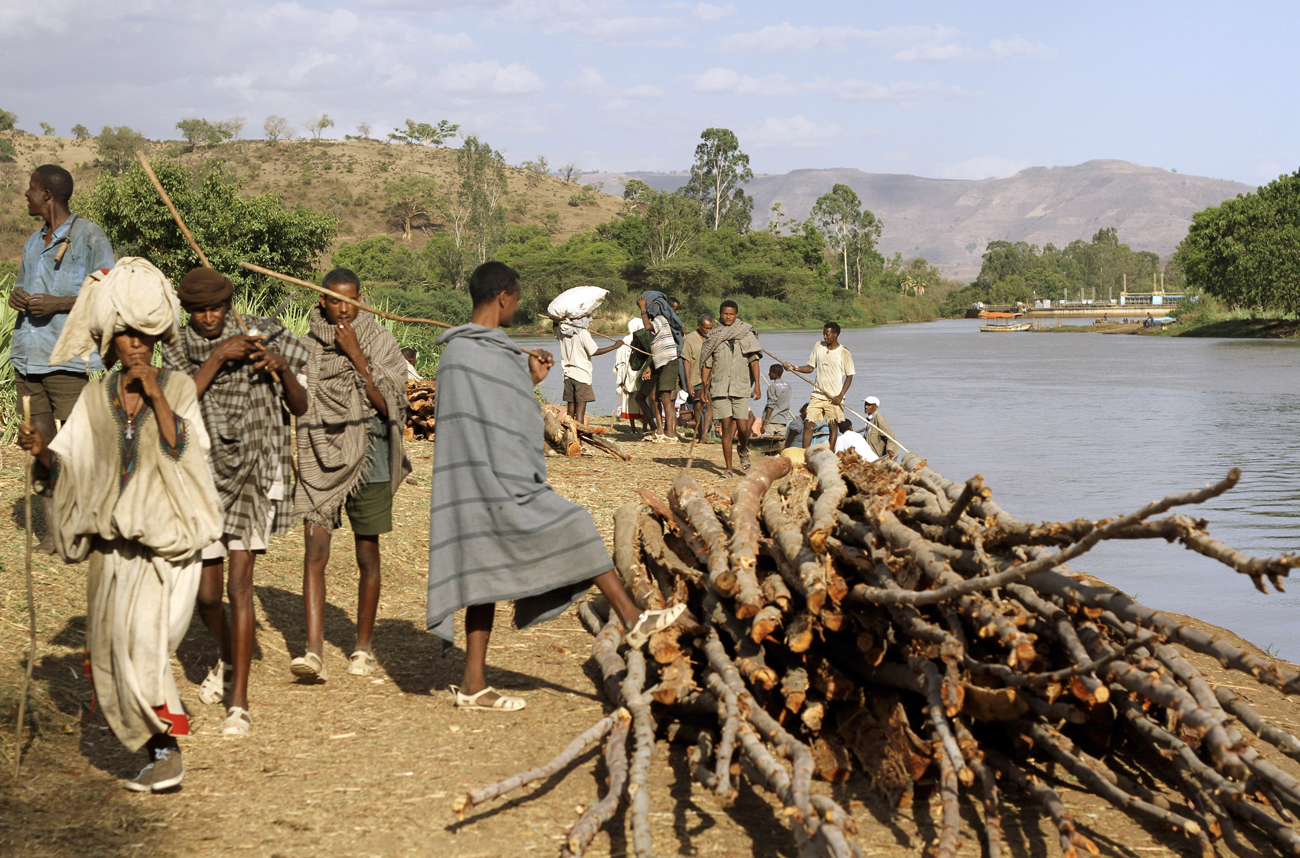 In Cairo and Addis Ababa, in badly decorated function rooms, negotiations are taking place - negotiations with potentially huge ramifications for Africa’s future. Unencumbered by the glare of publicity, Ethiopia and Egypt are discussing their most valuable resource and how to share it. No, it’s not oil or gold. We could all live without those. It’s water, something far more precious, and Ethiopia’s right to keep theirs to themselves. By SIMON ALLISON.

It’s surprising it took this long, in truth. The waters of the Nile, the world’s longest river, run through nine countries. But by a strange quirk of colonial history, 90% of its water was pledged to the northern, upriver countries of Egypt and Sudan, both of whom rely almost exclusively on the river to feed and water their populations. The 1929 treaty dictating this went unchallenged for decades, the downriver countries lacking the political will or the financial means to claim the waters of the river for themselves. Sudan and Egypt benefitted as the river irrigated their crops, filled their water tanks and, through huge hydroelectric dams, powered their homes.

But such a bizarrely unequal situation couldn’t continue forever, and it was Ethiopia which started seriously agitating to use more of the Nile for itself earlier this year, unveiling ambitious plans for a huge hydroelectric dam, and recruiting support from other Nilotic countries to bolster themselves against Egypt’s inevitable backlash. This support took the form of the Nile Cooperative Framework Agreement, in which a group of African states, fed up with the status quo, determined to renegotiate the terms of the treaty which dictates it. The agreement’s strength is in its numbers – it includes Burundi, Ethiopia, Kenya, Tanzania, Rwanda and Uganda.

The talks with Egypt are the initiative’s first real test. Although the Egyptians are saying the right things –“We have agreed to continue to work on the basis of a win-win solution for all countries in the Nile basin,” said interim Prime Minister Essam Sharaf – they’re well aware that this is the most serious threat facing their country, more serious than relations with Israel or Turkey, or arguably even the supposedly upcoming elections: Egypt receives essentially no rainfall, relying entirely on the Nile for all its water needs.

Egypt doesn’t really have much of a choice, but to be diplomatic. Basic geography, which has worked in its favour for so many centuries as it’s prospered from possession of the lush soil around the Nile Delta, is now working against it. If it wants to physically control its own water source, it’s going to have to invade all the way down to Tanzania; not a feasible option. So it must play nice, and think in terms of carrots rather than sticks; carrots such as trading deals, investment, or even aid, options which will all be on the negotiating table right now. Of course, everyone’s also aware that the Egyptian government of the moment is transitory; it’s just treading water until a new government is elected, which is when the serious negotiations will begin.

For Ethiopia’s part, it must be careful not to overplay its hand. It’s looking to build three dams, one of which is a monster costing $4.8 billion. But it is consciously stressing the importance of mutual cooperation and benefit, striking a conciliatory tone and selling its water policies as in the best interests of everyone. This is not a selfless gesture, but comes from the astute calculations of a government which knows that it too is an upriver country, and is wary of any of the downriver countries unilaterally plugging the flowing waters for their own benefit.

For now, there’s enough water to go around; just. But as populations expand and economies develop, the demands on the already hardworking waters of the Nile will increase exponentially, and what started out as a diplomatic ripple may well work itself into a havoc-causing wave that none of the Nilotic countries will be able to control. DM