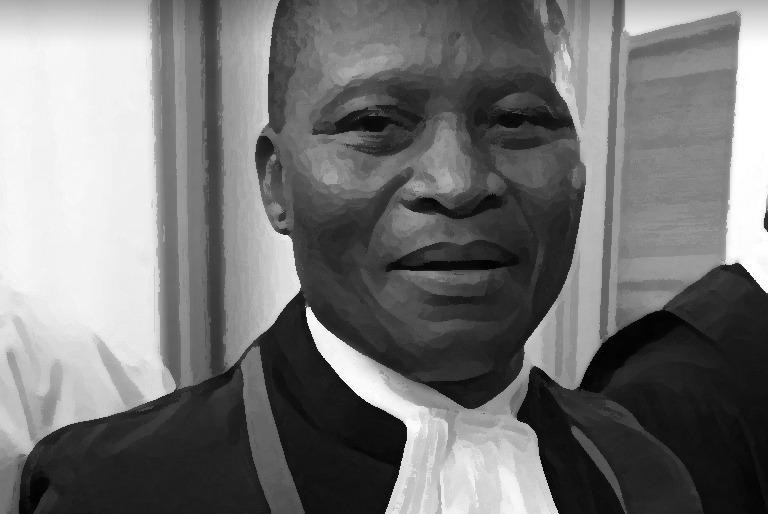 The Judicial Service Commission is designed to be one of the pillars of our democracy, a body that literally appoints the people who judge over us. It is, rather unsurprisingly, in the spotlight at the moment because of this last weekend’s public interview of Judge Mogoeng Mogoeng, President Zuma's nominee to the post of Chief Justice. While the Constitution went to great lengths to ensure that the ruling party of the day doesn’t get a full blown majority control of JSC, it does it look like the ANC has it firmly in its grip. By STEPHEN GROOTES.

The heady mixture of judges and politicians is always a volatile one, rather toxic at times. Particularly when presidents past have used the law, and judges, to do some of their dirty work. It gets even worse when a serving President still has an outside chance of appearing in a dock somewhere for events that transpired when he was the Deputy President. For a politician in trouble, the solution is obvious. You nobble the judges.

But the constitution has made that hard. It provides for a mixture of people to serve on the JSC. It’s not just left up to the politicians. It’s a long mixture of people, but the short version is this:

The JSC consist of: The Chief Justice (who presides and chairs meetings, hence the real power Mogoeng will have), the President of the Supreme Court of Appeal, a provincial Judge President, the justice minister, two advocates representing the profession, two attorneys representing the profession, one law professor, six MPs (of whom three must be from opposition parties), four people from the National Council of Provinces and four people appointed by the President.

In times past, this meant there was a very real debate. It’s one of those commissions that is really a product of the people appointed to it. So, for example, when George Bizos was appointed by President Thabo Mbeki, we got a man of real stature. You could not predict which way he would vote. Those days are no more.

For a start, the justice minister, Jeff Radebe, and deputy correctional services minister Ngoako Ramathlodi, make it their business to protect their favoured candidates from tough questions. Ramathlodi in particular protected Judge John Hlophe during his 2009 interview for the Constitutional Court. He was at it again, straight out of the blocks on Saturday. He’s a great electoral manager for the ANC. But a true democrat who sees the other side, he’s not (if you think that’s too harsh, read his opinion piece in The Times last week, and the reply by Professor Pierre de Vos on his agenda-setting blog, Constitutionally Speaking. Every chance he gets, he will stop the debate.

Accordingly, you would expect more from Radebe. A man who served in Mandela’s first Cabinet, you would think that that generation of people is somehow different to the current generation. Well, we all know to whose wagon is his hitched these days.

Then we have the nominees from the professions. For some reason, the legal profession has really battled with transformation. It is unacceptable that there is only one black female senior counsel. Mogoeng was absolutely right when he said at his hearing that government only seems to brief white counsel. You see it time after time in big cases, people who need the best go for the mlungu. Even Zuma himself. While that’s partly because many of the black advocates are running the country (i.e. in parastatals, in government itself, and in Parliament) it’s also because the profession simply hasn’t caught up with the rest of the us. As a result, both the attorneys and the advocates professions send one white representative and one black. It’s a little childish, but it’s the best they can come up with.

Then we have the presidential appointments. These are still people of stature. It’s hard to think that advocates Vas Soni (an acting judge on many occasions), Ishmael Semenya, Dumisa Ntsebeza (chair of Advocates for Transformation – i.e. the black advocates – and former Truth Commission evidence leader, among a varied life) and Andiswa Ndoni (head of the Black Lawyers Association) as anything but. There is something else at work here though. It came to light when Ntsebeza sent an email that was leaked. Essentially, he wanted Deputy Chief Justice Dikgang Moseneke to be Chief Justice, but he didn’t want another black judge to be “thrown to the wolves”. It was a lengthy email, but possible interpretation has to surely be that he was saying the colour of Mogoeng’s skin was more important than the content of his character.

Having watched the hearing, I can’t help but feel that this was a feeling shared by many of the commissioners. Gauteng Judge President Bernard Ngoepe, a man of great independence and towering intellect (who, incidentally, recused himself from hearing the Zuma Rape Trial), seemed to spend much of the weekend passing up easy deliveries for Mogoeng to hit for six. Why? He is the president of the biggest judicial division, he must have a few views of a person from the SA’s smallest division, the one from North West. Perhaps he might think that for a Chief Justice to have been “picked by God” may be problematic.

Then we have the representatives of the National Council of Provinces. Well, there should be four, but they’re only three at the moment. For some reason, they all come from the ANC. So it’s pretty easy to work out how they vote.
So let’s do some maths. After Mogoeng is appointed this is really how the ANC, or Zuma, will have stacked the deck. Or made the appointments that he is legally allowed to, depending on your point of view. These are the people he would appear, on a rough and ready lets-hope-we-don’t-have-to-testify-to-it-in-court thinking, to be able to rely on.

The JSC Chair, Judge Mogoeng Mogoeng, the Justice Minister Jeff Radebe, one advocates representative, one attorneys’ representative, three MP’s, three members from the National Council of Provinces, and his four appointments. That gives him at least fourteen votes. Out of a total of the commission’s current total of 23.

There are many lessons from all of this. But surely the one that has to stick out is this: when it comes to judges, as with so many other things in South Africa, identity matters more than anything else. And control of the playing field is firmly in the ANC’s hands. DM