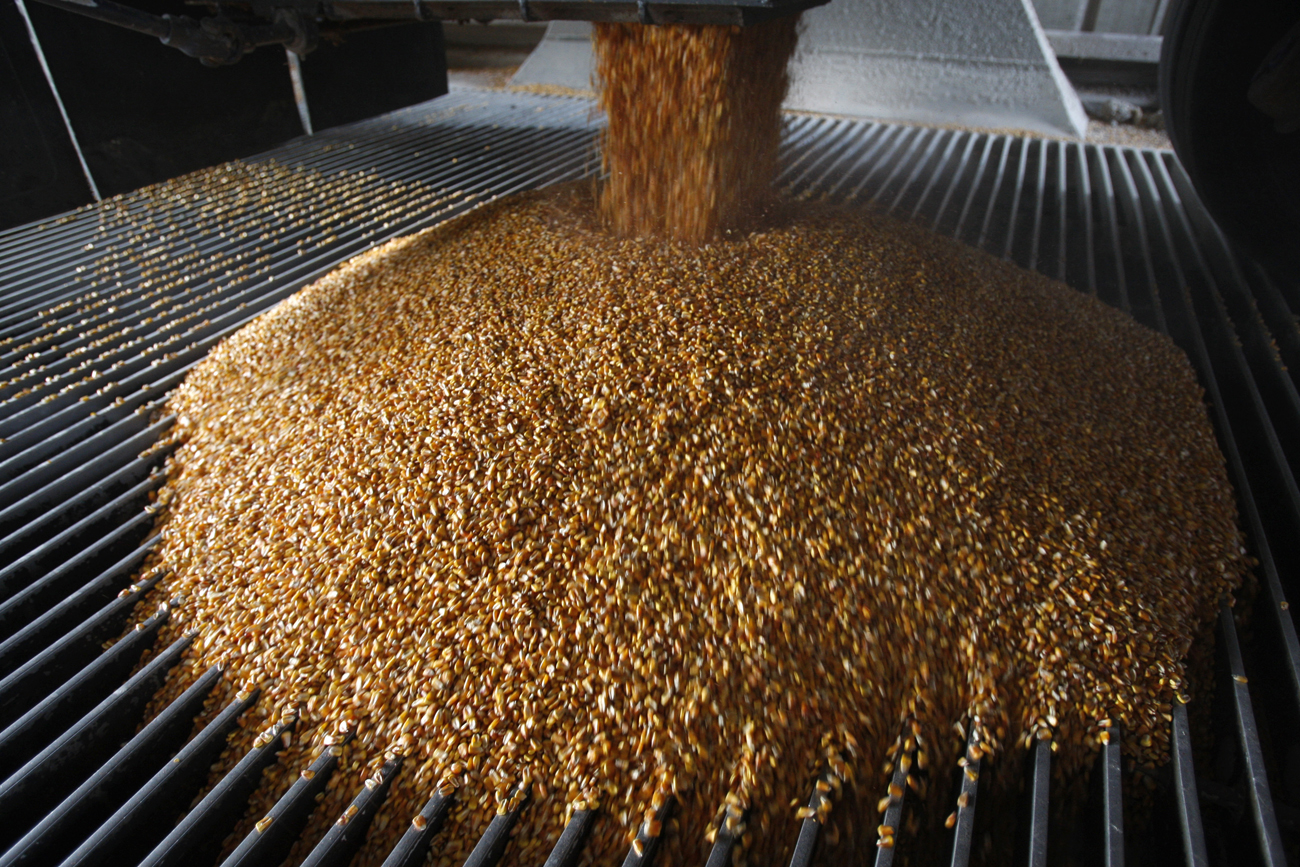 DuPont is eyeing South Africa’s maize market and has plans to lay its hands on our genetic material with a merger that is being appealed at the Competition Tribunal. The proposed merger would see its subsidiary Pioneer Hi-Breed acquiring SA family-owned seed company, Pannar. But activists say this is much more than a merger, and is a move that could affect the future of SA’s most important staple food and all who depend on it. By MANDY DE WAAL.

Maize is one of the most important staple foods in South Africa not only because of the volumes that South Africa produces (close on 13 million ton for the 2009/2010 season), or because this country produces most maize in the southern African region. Mealie meal is as much a part of our lives as the charred cobs available on city street corners or the beards that define large swathes of our country. Imagine then the consequences if most of the seeds and genetic material for maize production was owned by offshore multinational companies.

This is the battle being waged by a small NGO called the African Centre for Biosafety which has made South African history after it was allowed by the Competition Commission to intervene in a merger between multinational seed giant, Pioneer Hi-Breed (owned by DuPont) and Pannar.

“The massive problem South Africa will be left with is that we will have two multinational companies controlling the maize seed industry in a sector that has yet to be transformed. The production of South Africa’s staple food will be almost entirely controlled by multinationals which is a frightening situation,” says Mariam Mayet, a director at the African Centre for Biosafety.

“These multinationals are already involved in licensing and cross-licensing agreements and a merger like this will have a massive impact on the price of food and the varieties that farmers can plant. Consumers will have a reduced choice because 75% of the market is now genetically modified maize, and we believe that this move will kill off small-scale farmers,” says Mayet.

The African Centre for Biosafety has been fighting tooth and nail in this matter because it believes such a merger would have a major impact on food safety in South Africa.

“This is a disaster waiting to happen. We have thrown all our resources behind this fight because of the critical effect it would have on this country. If we lose all that maize germplasm to a multinational it would be a mess, and would be potentially devastating for consumers, agriculture, emerging farmers and for the future of maize in South Africa,” says Mayet, who adds that a merger will see hybrid and genetically modified seeds dominating the market and squeezing out urban planting and the seeding of maize on family plots and in marginalised rural areas.

The African Centre for Biosafety isn’t the only civic organisation worried about this merger. The National Consumer Forum has thrown its weight behind this battle to stop offshore corporations from controlling the source of local staple foods. “The more that seeds get owned in terms of intellectual property rights, the greater the possibility that access to natural seeds could be compromised and dominated,” says Paul Crankshaw.

“The main concern we have is that the cost of food is potentially higher, not just because of extra agricultural inputs required like fertilizers and pesticides, but that consumers may end up without choice,” says Crankshaw. “For consumers to be at the mercy of multinational corporations for the source of the crops is a very dangerous thing, irrespective of whether those crops promise greater yields. It is a question of control that could lead to a lack of choice and higher prices for those companies who believe that prices will come down for higher yield.”

In December last year the Competition Commission outlawed the proposed merger between Pannar Seed and the US-based Pioneer Hi-Bred International saying it would lessen or prevent competition in SA’s maize seed market, which was already characterised by concentration and collaboration.

Both companies petitioned saying the merger would see the combining of maize germplasm which would introduce new breeding technologies and greater efficiencies, but the commission found that the harm by far outweighed any benefit the merger might bring.

After the commission’s ruling Pioneer and Pannar approached the Competition Tribunal, and asked them to set aside this ruling. This appeal is scheduled to be heard mid-September, but African Centre for Biosafety will be allowed to intervene in the proceedings. This right has also been extended to BioWatch, another NGO that has petitioned the merger.

Both activist organisations will give evidence on four issues of the merger:

1. The effect of the proposed merger on pricing and the availability of alternative products;
2. The effect of the merger on emerging and small-,scale farming as well as food security and consumer choice;
3. The barriers to entry that would result from the proposed merger; and
4. How the merger would affect the public interest by virtue of the impact on SA’s maize biodiversity and germplasm.

Given poverty levels in SA and the fact that 20% of SA’s population doesn’t have adequate access to food, civic and consumer organisations would do well to watch what happens to this proposed merger because it would have far-reaching effects on the lives of all South Africans. iM