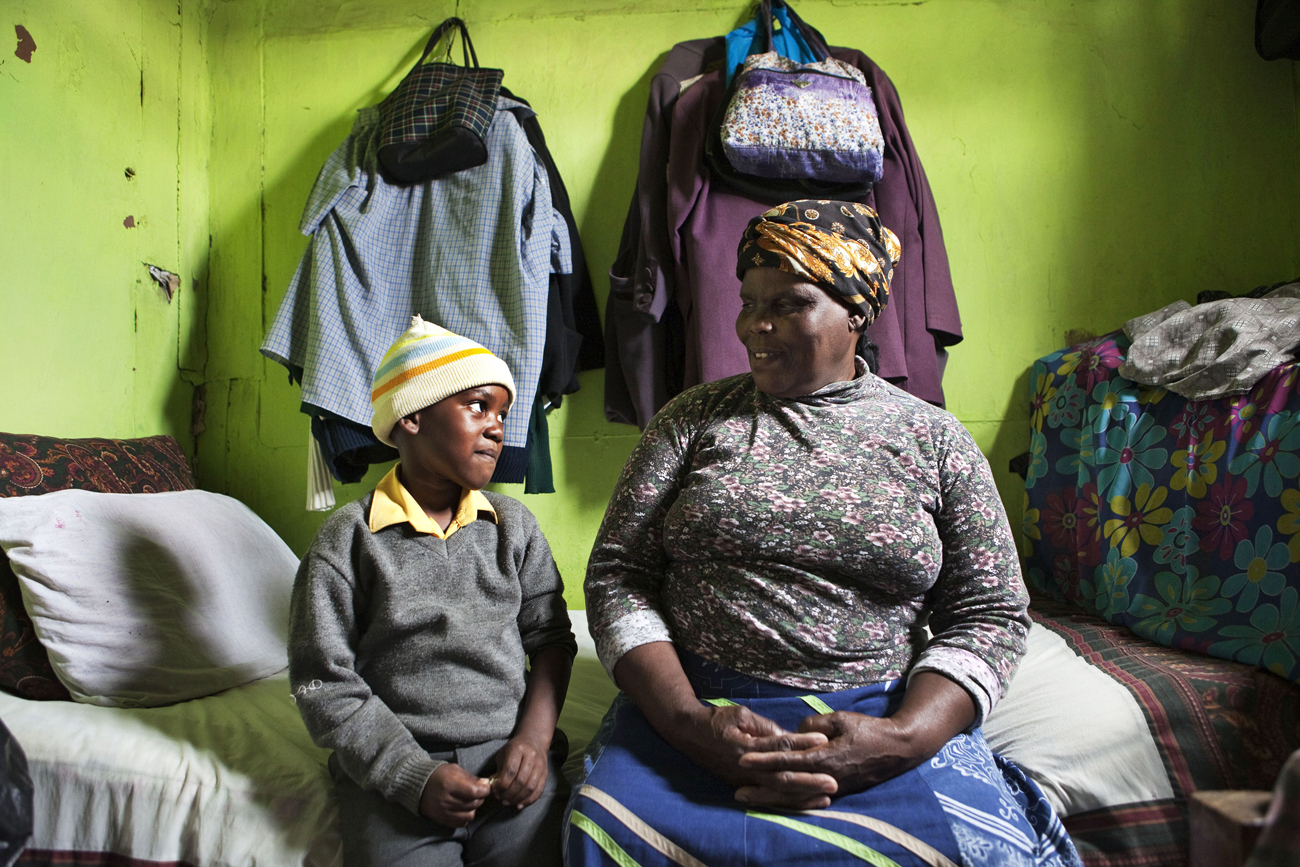 Debate around a National Health Insurance scheme is still red-hot, but the next massive financial engineering concept is about to be unleashed, and it will be only a little less contentious. Considering it will be worth at least R3 billion a month and will affect every formally employed South African, you'd expect nothing less. By PHILLIP DE WET.

And that’s when the fun starts. Because with billions at stake, not to mention bureaucratic empires and the future fortunes of huge financial services companies, the details on this one are going to be tricky.

Back in 2007, then-president Thabo Mbeki announced South Africa needed a universal pension fund to make sure citizens saved for their retirement, and to introduce a bit of cross-subsidisation. The idea received a surprisingly warm welcome. The need to rope lower income earners into the pension net is universally agreed after all, and the benefits of a mandatory system, with the SA Revenue Service handling the collection and the benefits of scale behind it, seem clear. In broad theory, the National Social Security Fund is just grand.

Now, however, it is nearly time to discuss the reality, and we’d wager good money that it will go less smoothly.

Based on the latest available tax data there are 3.3 million individual tax payers who will be liable for contributions to the NSSF, 2.8 million of who earn enough to pay the maximum contribution. That makes for somewhere north of R3 billion a month that will be flowing into the NSSF immediately, through a straight transfer from tax takings. A not-inconsiderable amount of money, that will have to be invested somewhere. Who gets to do so, how much of it is poured into potentially job-creating investments rather than ones with higher returns and how much of it can be taken offshore (either to further national interests or manipulate the currency)? Those are just the most immediately vexed structural issues.

If the new draft of the scheme follows the outline first published in 2007, anyone in formal employment who earns R6,250 a month will pay a capped R1,000 a month into the NSSF, with lower income earners paying 16% of whatever they make. However – and this is the sneaky bit – voluntary contributions can be made for up to the first R150,000 in annual earnings, and that would be the default. In other words, the NSSF would claim R2,000 a month from anyone making R12,500 or more a month, unless told not to, in which case it would drop down to R1,000 a month.

For those who earn a significant amount and have already been enticed into pension fund contributions by the tax breaks they offer, or forced into contributions by company policy, that doesn’t mean a change in lifestyle. Just a slight change in how their contributions are invested. Those who earn least, on the other hand, and at whom the entire NSSF is aimed, simply could not afford such a drop in salary. Hence the need for a wage subsidy, an automatic tax break that is implemented along with the NSSF, to offset some of the impact. But even spending R30 billion a year on such a subsidy would only equate to a small offset for individuals. Under one proposal, a wage subsidy in three tiers, those earning R3,750 a month would still be hit by a R600 a month reduction in what they take home, assuming they have no pension fund or life insurance. Their final benefit, though, would be roughly equal to those earning as little as R1,250 a month – and who effectively won’t be contributing to the NSSF at all. Those who earn between R50,000 and R100,000 a year or so may have reason to be unhappy about that.

The NSSF is designed as a roach trap: money goes in, but never leaves before retirement age. That too will be unpopular. Withholding the cash from a contributor who loses a job, or has medical expenses (assuming they aren’t covered under the NHI) or needs to educate a child will be unpopular. On the other hand, making provision for withdrawals means a huge administrative headache, and undermines the argument that retirement saving needs total discipline, regardless of short-term financial needs.

Reducing pre-retirement withdrawals from private retirement funds as well is a government priority, and legislation to that effect could well be introduced before the NSSF. The combination of an increasingly mobile workforce, the mandatory pension funds run by many companies and rules that allow withdrawal on exiting a pension plan, have made for a lottery mentality among especially younger professionals. Every time they change jobs they strike it rich, because they withdraw their accrued pension savings and spend it on trinkets. That, everyone agrees, needs to be stopped or limited.

But doing so isn’t straight forward. In 2008, after the NSSF and withdrawal limits were first proposed, pension funds saw a run on the bank. Those who had put such freed-up pension savings into preservation funds (leaving the money available for withdrawal, but without the tax hit that comes on actual withdrawal) decided it was best to grab the cash while they could. Others scaled down on voluntary contributions, figuring it best to run their own rainy-day funds rather than have money locked down until retirement age. In the short term, even talking about limiting access actually had a negative effect on the amount of money put towards retirement.

The most long-running fight, however, will be about the nature of the retirement benefits. Unlike private retirement savings, the government has no intention of opting for a defined-contribution scheme, where the final annuity is based on the investment plus growth of an individual’s portfolio. Though the benefit calculation will take into account the amount invested and age of retirement, the NSSF will guarantee investment growth at some level lower than it is likely to actually achieve in the market. Back in 2007 the treasury proposed two ways of handling the excess money accrued: pay it to members as some sort of smoothed bonus, or put it straight back into the fiscus for spending. If the latter option were followed, it dryly remarked, “the justification for this may be difficult to communicate”.

Either way will lead to an outcry about fairness, or lack thereof. Those lucky enough to retire during sustained boom times will receive bigger payouts, a sustained downturn will see younger contributors subsidising older ones, or everyone will be outraged that they had been stealthily taxed. Keeping everyone happy seems possible only by coming up with a formula so convoluted that nobody can understand it.

The original 2007 plan also called for existing pension funds to act as collectors for the NSSF, forking over a portion of the contributions they receive. That is practical for both individuals, who would pay a single premium every month just as before, and the NSSF, which would reduce its own administration and pull a large number of contributors into the net in one fell swoop. Politically, though, it’s dangerous. Those private pension schemes will be accounting to their members every year, showing the return on investment from their private investments versus the defined benefits they can expect from the NSSF. Unless the private schemes really suck at their jobs or markets tank, the comparative NSSF growth will look weak, making for more angry taxpayers.

The pension fund industry (which is fairly advanced and generally well run, not to mention organised enough to engage in some strenuous lobbying) has an entire raft of reasons to be unhappy about the NSSF. Top of the list is the money that will be diverted from their coffers, both in terms of investments and the management fees they earn. In the long run, though, the NSSF is designed to deny them access to a whole swath of the market. Though they may mostly be ignoring low-income earners at present, nobody likes seeing an untapped reserve snatched away. Then there is the option, likely to be included in a draft proposal, for anyone to transfer existing pension savings to the NSSF, which should be able to offer cut-throat administrative fees if not guarantee massive growth. And winning individuals back from the NSSF as they move their way up the income ladder into territory where they become viable clients will be tough, perhaps tougher than it is to acquire them as new customers right now.

Will the NSSF be as hard-fought, as controversial as the NHI? Probably not, no; medical care is a touchier subject than retirement savings. But it’s not going to have a smooth ride either. DM

Photo: Thenjiwe Madzinga, 66, sits with her grandson Thina Gxotelwa in the small room they share in a shack in Cape Town’s Khayelitsha township, February 23, 2010. Madzinga cares for her five grandchildren, including four who were orphaned when Madzinga’s own daughter died from AIDS in 2002. REUTERS/Finbarr O’Reilly