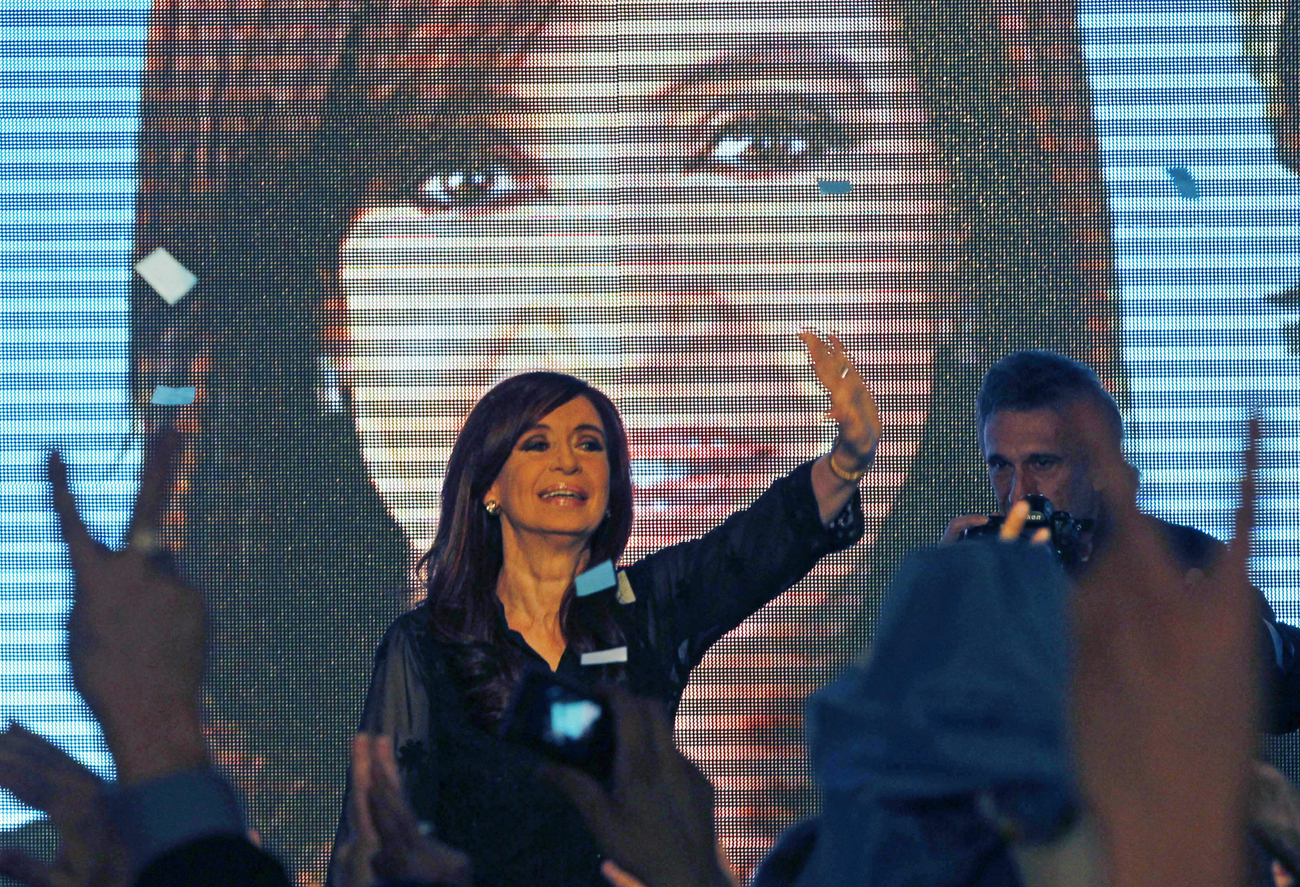 Cristina Elisabet Fernández de Kirchner coasted to a comfortable victory in Argentina’s first open and simultaneous presidential primary, suggesting she’s in a strong position for re-election. Fernández’s success so far has been because of her – and her husband’s – guidance in returning Argentina from its market pariah status to relative success so far. By SIPHO HLONGWANE.

Thanks to Argentina’s curious election system – all candidates run in a simultaneous and obligatory primary and everyone on the voters roll is legally obliged to vote – Cristina Kirchner found herself running against all the candidates in what could be described as a nationwide political survey as all parties had already chosen their candidates, and voters could vote for anybody. Fernández won half of all possible votes. Her nearest opponent, Ricardo Alfonsin, was 38 points behind with just 12% of the vote.

Unless the opposition manage to unite behind a single candidate, October’s elections are for Fernández to lose. According to Al Jazeera, the winner of the October 23 poll must get at least 45% of the vote to avoid a runoff, or more than 40% with a 10% lead over the second-place finisher in a race with multiple candidates.

“I call on everyone to think about the big picture, to be united,” she said to her supporters. “The world is in difficulty, but if we manage to get over our differences, we can learn to make fewer mistakes.” She has extended the proverbial olive branch to her opponents. (The gesture of a newly-re-elected head of state, wouldn’t you say?)

What this is really all about is the Argentine economy. Kirchner and her late husband Néstor, (president of Argentina from 2003 – 2007) are credited with reviving the country’s economy after it defaulted on its debts in 2001 and was virtually cut off from the rest of the economic world.

Argentina’s default had been long in coming – from 1975 to 1990, the country faced a massive flight of capital, tax evasion and found itself increasingly unable to service its overseas debt obligations. In 1990, Domingo Cavallo, an economist tasked with turning the country around, pegged the peso to the US dollar and limited money supply. The Argentine economic team also began privatising state assets and liberalising the market. The result was that Argentina’s inflation rate dropped from 1,300% in 1990 to less than 20% in 1992. But this wasn’t enough. The economy unravelled again from 1995 until the government again defaulted seven years later. When Kirchner took power, then the fifth president in a year, he set about immediately servicing Argentina’s massive debts and aligned Argentina’s economic outlook with its South American neighbour countries instead of the US. By 2005, Kirchner was able to offer the International Monetary Fund a full payment on what toxic debt was left.

In 2010, Standard & Poor’s, the international credit rating company, raised Argentina’s public debt rating from B- to B on the back of expected positive economic growth. “The combination of a strong economic recovery in 2010 supported by favourable external conditions that are expected to persist over the medium-term should ease rollover risk,” S&P said in a statement. “Despite the prevalence of a confrontational political and economical approach that has increased polarisation, we expect GDP to increase by 7% in 2010 and 4.5% in 2011.”

Argentina re-entered the global credit markets for the first time in eight years.

Cristina Kirchner was elected president in 2007 when her husband unexpectedly decided not to run for re-election, which many saw as a ploy to keep the husband-and-wife team in power for a longer time. She kept most of her husband’s cabinet and also left his economic policies almost intact. And despite surviving widespread strikes and protests, as well as mutinies by some of her top economic officials, due to her interventionist economic policies, she saw out her first term and is now apparently popular enough to have another go at running the economically volatile country.

According to Reuters, the challenges she will face in her second term will still be economic. They include “taming inflation estimated at over 25% without hurting growth and cutting spending in the major grains producer, and finding a way to repay debt without draining central bank reserves.”

Kirchner is Argentina’s second female president after Isabel Martínez de Perón, though she’s the first woman to win an outright election – Perón was the country’s Vice-President and took power after her husband passed away in 1974. DM