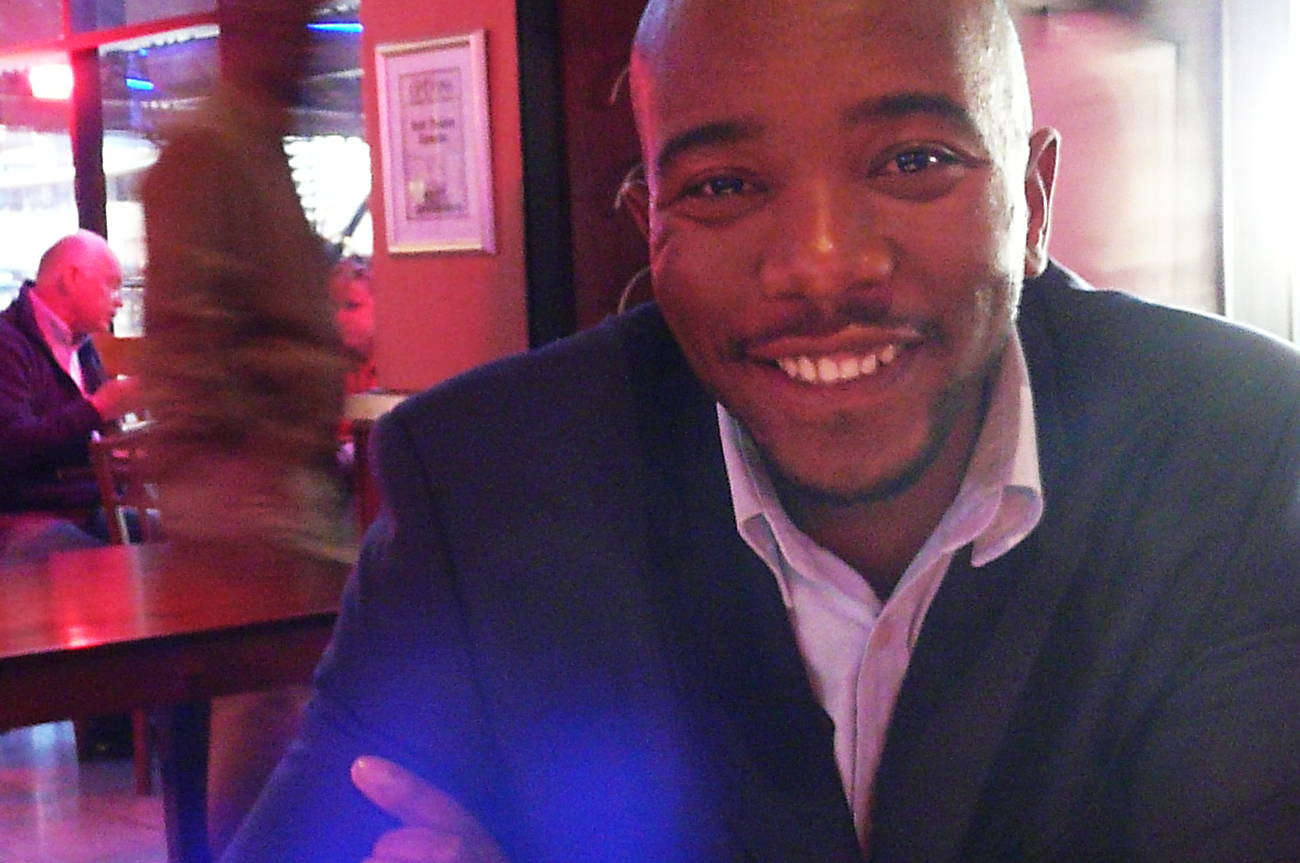 Aloysias Mmusi Maimane was thrust rather suddenly into the political limelight during his run for mayor of Johannesburg for the DA. These days he is the leader of the party’s caucus in the city council. He says he is quite happy there, even if it means far less leverage than governing on the ruling party’s ticket. By SIPHO HLONGWANE.

Did the Democratic Alliance win or lose in the previous local elections? There was quite a bit of controversy around that particular one. One thing the DA definitely did not manage to win in the elections was the chance to put its own man in the Johannesburg mayor’s seat. That man would have been Mmusi Maimane.

Maimane is convinced that despite the party’s failure to remove the ANC from the seat of power, the DA managed to run a strong campaign. “One of the key things that I learnt is that people want much more than just service delivery,” he said. “Politically, we still live in a country where people need to form their identities and understand this new South Africa in which they live. I learnt a strong lesson in that we aren’t fully liberated from our past. We are still entrenched in our past.”

This conversation was destined to start with race. As Maimane points out, we are still indeed entrenched in our past. And as much as he might not like that, it defines the boundaries and political space within which he must operate. I asked him whether his selection as the DA’s mayoral candidate for Johannesburg wasn’t a cursory nod to “transformation” by the party. No, he retorted with some energy.

“I’ll be the first to admit some of our structures are still traditionally white, because that is the base from which we come. Transformation obviously doesn’t take place overnight.

“Also, I think that the definition of transformation in this country has been a weak one, where we’ve said let’s exchange one race for another. Whereas the principle of non-racism says we should allow diversity to come on board. When you come to the city of Johannesburg, you’ll realise the DA is a diverse caucus. You wouldn’t be able to say that about many parties. When we speak about diversity, we need to ask whether we mean making everything black, or allowing the mix to happen,” he said.

Maimane feels the country’s fixation with the past was blocking us from constructing a new path. “Obviously, economically we have to talk about the legacy of apartheid,” he says. “We’ve got to bring everyone to the same starting line. Apartheid will always be with us. It is like a spider that will keep laying new eggs. We have to start a new dialogue about how we will go forward. For example, we recently had one qualified audit in the city of Johannesburg. Who do we blame for that? Is it apartheid’s fault or bad administration? There are those who want to blame it on apartheid and I say that takes away from our ability to have a fair conversation about where we are going as a country and as a people.

“As a government you can’t use the excuse of our inherited past not to do your work today. I think there are a number of young people today who are politically engaged and are saying we must divorce the debate from racial politics,” Maimane says.

I asked whether or not he would have been more effective by joining the ruling party. “The ANC still relies on patronage,” he says. “So political office is a reward for struggle credentials as opposed to competency at times. I also believe in a democracy that can see a shift in power.”

When he is not leading the DA caucus in the city council, Maimane is lecturing at the Gordon Institute of Business Science and does some consultancy work and business work for a few corporations. He is also studying towards a master’s degree in public administration and currently holds another in theology. He was also born in Soweto, a fact the DA liberally used in election speeches.

Relations between the DA and the ANC in the city council are cordial and good, Maimane said. However, he foresees a possible future where they could meet with a lot of trouble (“probably not on the level of the US Congress”, he said) when it comes to tackling unemployment in the city. Maimane believes in freeing up the small business sector as a strategy for combating unemployment. To him, the government should focus on regulation and leave employment to entrepreneurs. “We need to make the tough decision about tradeoffs between high salaries and high inflation,” he suggested. “The relationship between business and trade unions does not render us competitive globally. So let’s explore ways to ensure people can do business easier and we can protect infant markets.”

His ideas would be incredibly unpopular in the ruling tripartite alliance believing government should interfere in the private sector to create jobs and drive the economy in certain directions. Maimane believes that, given a shot, he could show us all his way is smarter. And his party is already winning that battle, he boasts. Already, one in three voters in Johannesburg prefers his plans. DM