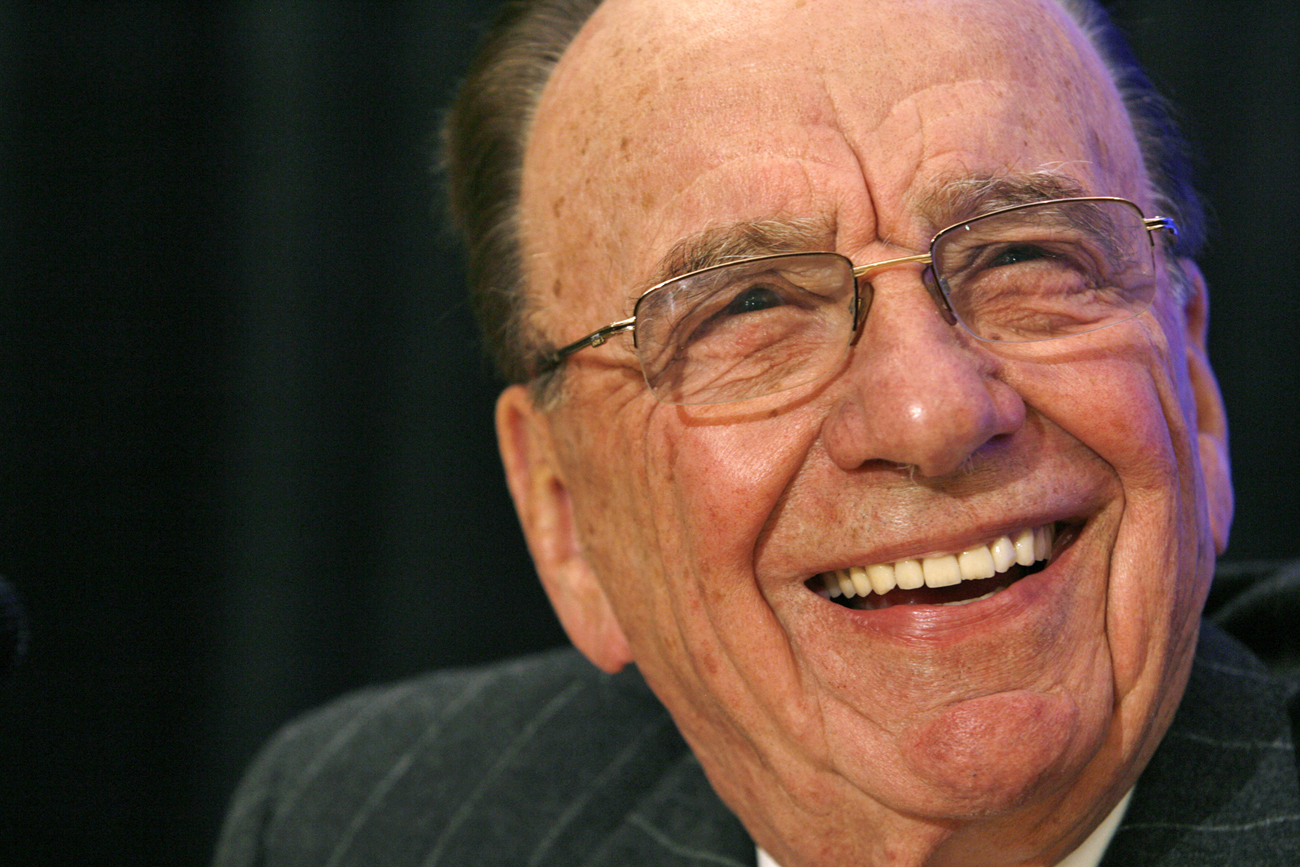 There have been a few job opportunities opening up at News Corporation of late. Some reporters have died, others have been let go, still others are staying in rent-free facilities at the behest of the Crown. If you have a dusty MBA in your drawer, you'll be thrilled to hear that some executive positions are also newly vacant. But before you fill out an application, the Daily Maverick offers this short questionnaire to make sure you slide effortlessly into the culture at News Corp, and immediately add to the bottom line. By RICHARD POPLAK.

A) Given the changing world of journalism, and the move from paper to digital, we like our reporters to have a solid tech and IT background. How familiar are you with cellular phone technology, and have you worked at a major provider at any time since the advent of commercial mobile telephone coverage?

C) What PR work do you plan on doing while practicing journalism at News Corp?

D) A 12-year-old girl has been murdered. You immediately:

[i] Write a respectful, sober elegy decrying the inescapable violence in modern society, a mournful ode to the fleeting beauty of youth and its essential corruptibility in the face of a vicious, uncaring world.

[ii] give the distraught parents and family members the space they need to come to terms with their tragic, irreplaceable loss, and do some solid investigative reportage on why this devastating incident may have occurred.

[iii] Laugh at the Guardian weaklings indulging in items [i] and [ii], while hacking her phone, intercepting her messages, deleting them to make room for more, all to service a scoop that sells a mother lode of newspapers.

E) Really big tits are a relevant news item. Yes or no?

F) You’re having your bimonthly dinner with the head of Scotland Yard. When picking up the cheque, you:

[i] Playfully remind him of the pictures on your harddrive depicting him performing oral sex on a tranny hooker.

[ii] Go all Scarface on his arse, and tell him that London is your town, and anyone who thinks otherwise will be spending quality face time with the other 12 corpses you’ve dumped at the bottom of the Thames.

[iii] Offer him your country estate to recuperate from his hernia operation, along with an envelope filled with crisp, newly minted pound notes.

G) You think the portrayal of Hearst in “Citizen Kane” is exactly the type of namby-pamby, liberal tosh that only a fat hack like Orson Welles, who never spent so much as a second in a real newsroom, would knock off in his spare time, between eating buckets of fried chicken and trying to bang Lana Turner. Yes or no?

H) You can confidently screw a silencer onto a fully loaded Walter PPK, while wearing black leather driving gloves and smoking a Dunhill.

[i] The inviolable right of every citizen in a liberal democracy.

[ii] The one true, essential aspect of human dignity without which we might as well frolic in the jungle with our ape cousins, picking ticks out of our pubes while waiting for a death that we not only crave, but deserve.

[iii] Sorry, would love to answer that one, but in a rush to make lunch with a Ukrainian computer specialist.

J) True or False? Your favourite joke down at the pub when getting a little buzzed with your fellow News Corp journos, is: What’s the difference between a source and an ATM? A source only has a deposit function. LOL, etc.

K) You agree with the following statement: Every single last piece of published material, including coupons and photocopied adverts asking for bassists for a new punk band, exhibits liberal bias. It is my responsibility as a journalist to correct this imbalance, and provide another voice so that we don’t sink into a socialist quagmire wherein straight people can no longer get married because the gay line-up is so damn long.

L) You can make an appropriately severe expression when riding in a town car to prison.

M) This describes you: If you do intend to spill the beans on News Corp’s business practices because you can’t handle the heat in the kitchen of real journalism, you will have the good graces to quietly die at home, just as the scandal is at its height. DM

Photo: News Corp Chairman and CEO Rupert Murdoch smiles during a news conference before the 2008 Atlantic Council Awards Dinner in Washington April 21, 2008. Murdoch is being honored at the event for his business leadership. REUTERS/Kevin Lamarque.