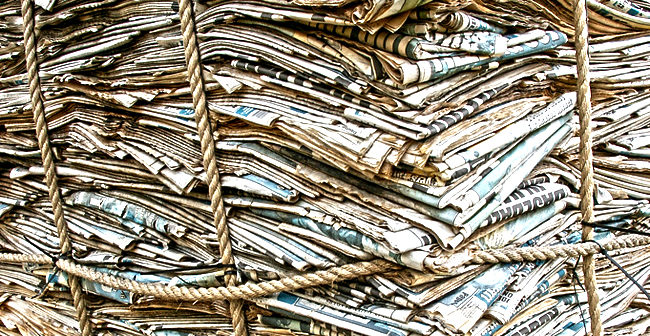 The formation of the Press Freedom Commission is the latest effort by South Africa’s media industry to investigate best practices in self-regulation. But, given the PFC's genesis and its limited mandate, will the ANC take its recommendations seriously when evaluating whether a media appeals tribunal is a good idea? All indications suggest not. By THERESA MALLINSON.

The South African media has been debating the merits and mechanics of self-regulation for a while now as it attempts to stave off the proposed statutory media appeals tribunal. In February and March, the Press Council hosted a series of public hearings to discuss its role and functions. But even before the Press Council has released its report, there’s a new self-regulatory investigatory panel in town: the Press Freedom Commission (PFC). The commission, launched on 7 July, has a mandate to research best practices in media self-regulation – locally and internationally. Sounds awfully familiar.

The PFC was founded on the initiative of the South African National Editors Forum and industry body Print Media South Africa, and is funded by the latter. The commission, chaired by Justice Pius Langa, will complete the body of its work by the end of March 2012. According to its website, the primary objective of the PFC is “to ensure press freedom in support of enhancing our democracy which is founded on human dignity, equality and freedom”. The secondary objectives are: “review[ing] best practice locally and globally re: the regulation of specifically print media”; “[developing] recommendations on the way forward… [to be] published to the stakeholders and in the public domain” and that “the process for the finalisation of the recommendations will be completed by the end March 2012”.

Media Monitoring Africa director William Bird told Daily Maverick: “I think [the PFC is] a nice idea, but I’m not clear on what it’s going to be doing that’s so different from what the Press Council was doing, other than that they’ve got eminent people to look at much the same issues.”

The commissioners were suggested by a joint PMSA and Sanef working committee comprising Femida Mehtar, Thabo Leshilo and Mondli Makhanya from Sanef, and Ashoek Adhikari, Ingrid Louw, Mamosa Thulo on the PMSA’s side, said Mehtar. The committee also appointed Mathatha Tsedu as its project director.

The main discernible difference between the Press Council’s public hearings process and the PFC is the nature of its commissioners. “We need an independent press freedom commission – a body of independent thinkers, independent of media – to ensure press freedom,” said Sanef deputy president Mary Pappaya. PFC researcher and spokeswoman Prinola Govenden also highlighted this. “It’s a very hands-off approach. [Sanef and the PMSA are] not present at any of the meetings. They will present [to the PFC] like all other members of the public, but once the report is produced, it is not subject to their influence.”

However, Bird pointed out that it’s the public’s perception of the PFC that’s crucial. “I think some of the criticisms that have been levelled at [the PFC] are probably quite valid. Even though it might make sense to those in the media, those outside of the media may well say: ‘Where is the credibility of this thing? If it’s paid for by Sanef and PMSA to look at media self-regulation, then what’s it going to come up with?’”

Bird also noted this was the flip-side of the same critique levelled at the ANC’s stance – which is that Parliament should decide on how media regulation is approached. While the media has questioned whether Parliament should be making decisions on regulating the industry – given the political influence to which such a process could fall prey – the ANC has been equally critical of the media’s attempts to come up with its own solutions. ANC spokesman Jackson Mthembu made his views clear at the launch of the commission: “If you get a group of eminent people to investigate media control with specific reference to your favoured mechanisms, they will be nothing more than the playboys[sic] of Sanef and PMSA.”

Govenden said, although the PFC’s mandate was to look at self-regulation, all types of regulation would be researched. “Our mandate is to look at self-regulation and how to strengthen it,” she said. “However, to produce good research [we’ll also look at] core regulation, state regulation and the history of regulation.” Govenden said the report from the Press Council’s public hearings would be the starting point of the PFC’s investigation. “We’re going to be identifying gaps in the report, and [researching] international best practice.”

Press ombudsman Joe Thloloe told Daily Maverick the report would be completed soon. “We are in the final stages of editing and it will probably be out by next week. But what happens is that once we get it, we send it to the associations that constitute the Press Council. We give it to them and await their feedback.” Thloloe added, “The associations have decided they will ask the Press Freedom Commission to help them respond to our report.”

One of the failings of the Press Council public hearings was their notable lack of public participation. If the PFC is to truly build on those hearings, rather than rehashing them, it will have to ensure greater public awareness of its existence. “What we’re going to do is learn from what happened in February in terms of the Press Council. We’re going to be carrying adverts in all the major newspapers. We’re going to encourage some of the major newspapers to partner with us,” said Govenden. “My number was put in City Press on Sunday – you’ll be amazed how many people have contacted me.  We’re going to try not to be exclusionary. We’re going to do whatever we can to get as many participants as possible. Members of the public will know exactly when the meetings are.”

Overall, Bird welcomed the formation of the PFC, but felt that certain of its elements needed to be re-examined. “I think we should welcome any kind of body that looks into our regulatory mechanisms. I don’t think it’s a useless exercise by any stretch of the imagination,” he said. “But, given the ANC’s reaction, the media need to engage more with the ANC, [and] seriously address some of [the PFC’s] elements – either its mandate or terms of reference, or even maybe consider adding other people to the commission.”

Such a suggestion is born of Bird’s concern the PFC in its present form might not have much of an impact on the ruling party’s attitude towards media regulation. “Even though I’m sure they canvassed the views of the ANC before they formally launched [the PFC], the response of the ANC has been such that it might be dead in the water,” he said. Let’s hope he’s not right. DM