Pierre de Vos on the separation of powers: It’s not that simple 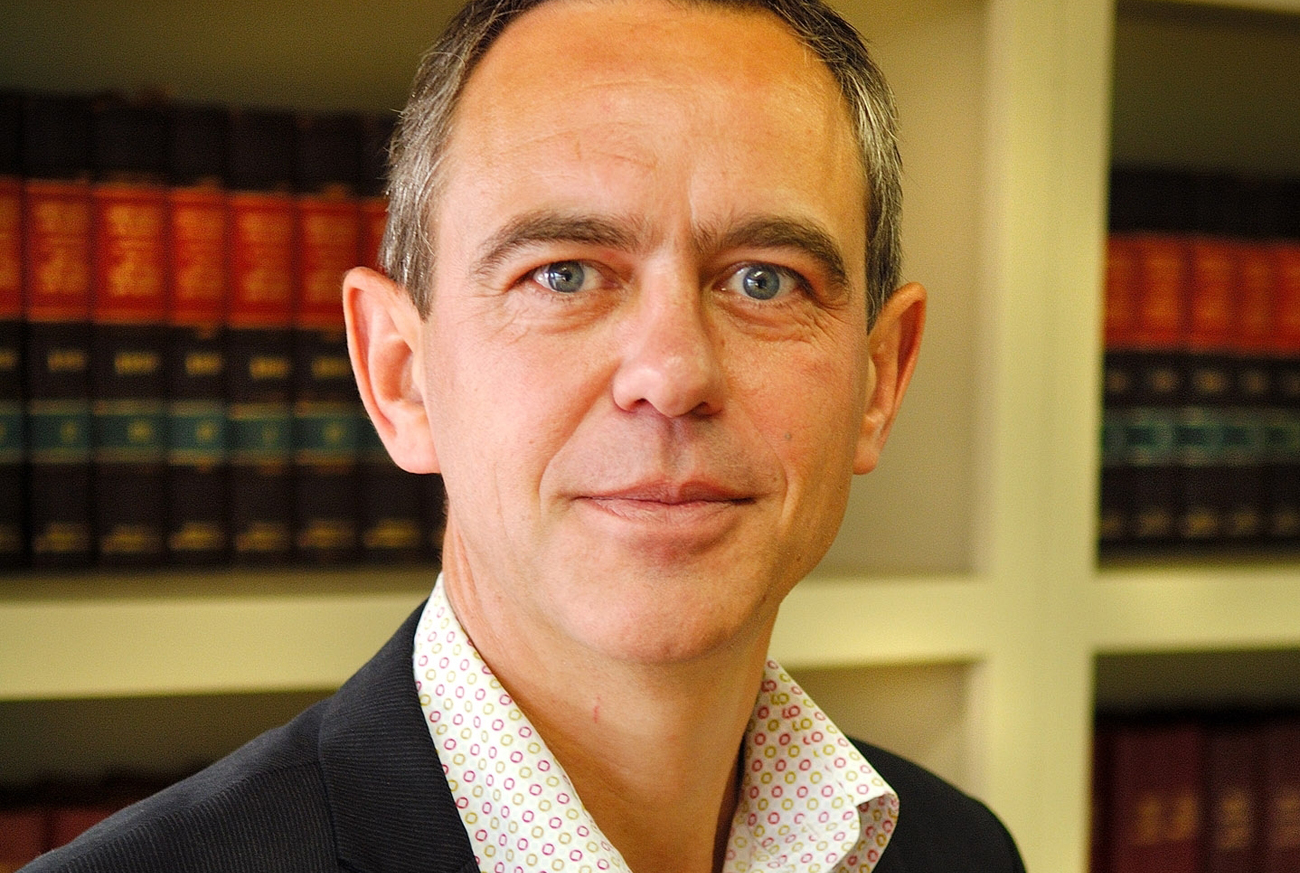 Our post-liberal Constitution that guarantees socio-economic rights and requires positive action from the government in certain areas, makes it the judiciary’s business to ensure government carries out certain duties. This makes President Jacob Zuma’s stance on the separation of powers naïve and problematic, says Constitutional law professor Pierre de Vos. By SIPHO HLONGWANE.

In theory, when it comes to governance, there are clear and bold lines of separation between the executive, judicial and legislative branches of government. The legislature makes the laws, the judiciary decides if those laws pass constitutional muster and the executive does the lifting and carrying part of governance.

However, South Africa has something called a post-liberal Constitution, which contains socio-economic rights (arguably, all of government’s policy formation is contained therein) and also places a positive burden on the government to effect transformation. Our courts can pass rulings requiring the executive arm of government to act in certain ways, says Pierre de Vos, the Claude Leon Foundation Chair in Constitutional Governance at the University of Cape Town.

Last week, Jacob Zuma said, “Inasmuch as we seek to respect the powers and role conferred by our Constitution on the legislature and the judiciary, we expect the same from these very important institutions of our democratic dispensation. The executive must be allowed to conduct its administration and policy making work as freely as it possibly can. The powers conferred on the courts cannot be superior to the powers resulting from the political and consequently administrative mandate resulting from popular democratic elections.”

De Vos says Zuma is naïve and simplistic when he implies a clear line between policy formulation and politics on the one hand and what the courts should do on the other.

“When the courts declare invalid policy or legislation it circumscribed, the policy choices open to the executive and, in that sense, its judgements can have a significant effect on policy formulation of the executive,” De Vos says.

But it also flows both ways. Could it be said that our courts have too much power over the executive and legislative arms of the government? De Vos says no. Interference by the courts has not increased, he said. “Since 1994 the government has always respected the decisions of the Constitutional Court. Although then minister of health said live on SABC TV news that she would ignore a judgment of the Constitutional Court on ARV provision, the government eventually complied with that judgment. So I do not see more interference than before.”

“Even if 95% of the population supports a policy initiative, but that initiative infringes on the rights of others, the courts have a right and a duty to declare that policy initiative invalid,” De Vos says. So if the ANC government passed a law that would allow police officers to cut off the hands of all people suspected of theft, this would be declared invalid – even if an overwhelming majority of citizens who feel embattled by crime supported such a policy.

“The Constitution took some policy options off the table to ensure that all of our rights are protected and if the president meant this cannot be so where the majority party has made a decision on a topic, he is clearly wrong.

“We tend to think of the judiciary as falling outside of the government, and thus not actively protecting the interests of the people. This is patently wrong. Courts have pivotal roles to play, and often shelter the vulnerable from abuse of power by venal, tardy, overwhelmed or heartless government officials,” said De Vos.

“Just like the other two branches of government, a properly functioning judiciary must, therefore, also be seen as representing the interests of the people, and, when one talks about the separation of powers, one should be careful not to suggest that the judiciary has less legitimacy merely because its judges were not directly elected by about 35% of the citizens who bothered to vote for the majority party in the last election,” says De Vos quite unambiguously. DM

Photo of Prof Vos by UCT.