Alan Rusbridger: Return of the editor as hero

Alan Rusbridger: Return of the editor as hero 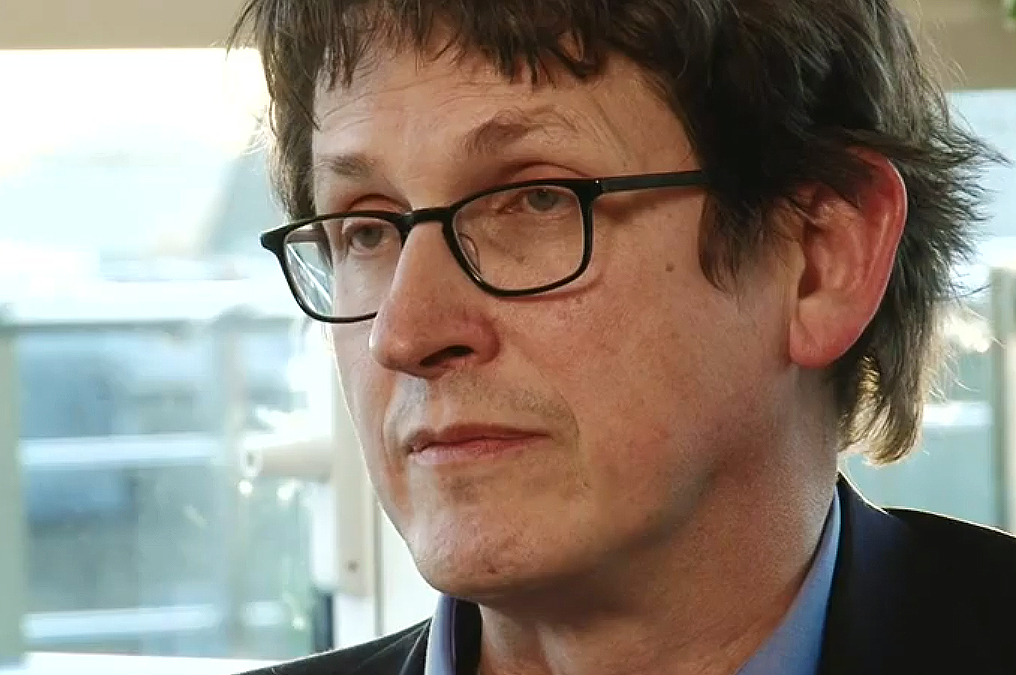 In an important lecture he delivered early last year, Guardian editor Alan Rusbridger paid tribute to his own editor-heroes, Harry Evans and Hugh Cudlipp. Given his paper’s indirect role in the closure of the News of the World, there were ironies in the lecture that even Rusbridger must acknowledge. Still, the larger context is his almost single-handed crippling of Rupert Murdoch, which must make him the greatest editor-hero of them all. By KEVIN BLOOM.

It does still happen in this cynical age, although not very often. In fact, it’s been happening with a depressingly reduced frequency in recent years, so much so that its occurrence is now cause for serious celebration. What we’re talking about here is a paradigm-shifting phenomenon; an epochal event initiated by a single, brave man. When that man is a newspaper editor, for us in the news business it’s almost too good to be true. But it happened last week, and it continues to happen. And to articulate the scale of what we’re witnessing, there are no better words to choose than the words of the editor himself:

“There is an irreversible trend in society today which rather wonderfully continues what we as an industry started – here, in newspapers, in the UK. It’s not a ‘digital trend’ – that’s just shorthand. It’s a trend about how people are expressing themselves, about how societies will choose to organise themselves, about a new democracy of ideas and information, about changing notions of authority, about the releasing of individual creativity, about an ability to hear previously unheard voices; about respecting, including and harnessing the views of others. About resisting the people who want to close down free speech.”

Thus spake Alan Rusbridger, editor of the Guardian, in the penultimate passage of the Hugh Cudlipp lecture delivered in January last year. Given what he was destined to do in July 2011, it’s significant that Rusbridger opened the lecture by praising his own editor-heroes, the legendary Harry Evans (editor of the UK Sunday Times from 1967 to 1981) and the self-same Lord Cudlipp (editorial director of the Daily Mirror in the ‘50s and ‘60s). In the former case, it will be remembered that Evans resigned from The Times over policy differences relating to questions of editorial independence after Rupert Murdoch’s acquisition of the paper; in the latter case, the irony was even greater.

As Rusbridger admitted to the gathered audience, it was lucky Cudlipp wasn’t there to hear him, as he probably wouldn’t have enjoyed being lectured to by the Guardian. Why? For one thing, Rusbridger offered, because of what the man once wrote: “The robust tabloids flashed the Green Light, were promptly denounced by other newspapers for their gaucherie or vulgarity or lèse majesté, and then were echoed by the very newspapers who had so severely upbraided them for their frankness.”

The irony, of course, is that 18 months later Rusbridger would become a figure indirectly responsible for the closure of the News of the World, the most successful of the “robust tabloids,” and a newspaper the Guardian had time and again upbraided and then echoed. In an opinion piece on the weekend for the New York Times, AA Gill took the point to its seemingly logical conclusion when he observed: “[It’s] not just about revenue. It’s a political and cultural war between the liberal, intellectual broadsheets like The Guardian and The Independent that are struggling financially but determined to provide a steady diet of news that readers need to know and the tabloids that attract a huge audience by giving readers simply what they want to read.”

But Gill is a far better food critic than he is a media critic. What he failed to acknowledge is the fact that Rusbridger didn’t close the News of the World, Murdoch did – when he chose to protect one job, that of News International chief executive Rebekah Brooks, instead of 200 jobs and the UK’s biggest newspaper. While Rusbridger may well have forced Murdoch’s hand, it’s disingenuous to suggest that the former did it for purely commercial or “cultural” reasons (and it could be argued that only an employee of Murdoch’s, like Gill, who’s the top restaurant reviewer and television critic for the Sunday Times, would make such a suggestion). On the contrary, all the evidence seems to suggest that Rusbridger was acting according to the letter of his 2010 Cudlipp lecture; for him, going after Murdoch and the News of the World was, and is, about “changing notions of authority,” about “resisting the people who want to close down free speech.”

Thanks to Rusbridger, what used to be an open secret is now no longer secret – prior to this scandal, we all sort of knew that Murdoch had big influence in the ascension to power of Tony Blair, Gordon Brown and David Cameron; now we know that the media mogul’s hand has regularly extended into matters of policy and staffing. Murdoch’s trips to 10 Downing Street prior to the UK’s announcement of the Iraqi invasion; Cameron’s hiring of former News of the World editor Andy Coulson; the quashing of investigations into phone-hacking practices until the public outcry left Cameron and Scotland Yard little choice – these items are top of the news agenda because of the editorial principles of a lone individual.

And although he had a superlative team of reporters and commentators to back him up, taking on the might of the Murdoch Empire couldn’t have been easy for this Northern Rhodesian-born boy (Rusbridger’s father, incidentally, was the Director of Education of Northern Rhodesia). As Polly Toynbee commented in a piece for the Guardian on 8 July, with respect to the Labour Party’s new position on Murdoch: “Don’t imagine this act of defiance will be painless or without consequence. Already a senior Miliband aide tells me they received a ‘very hostile’ threat, not veiled at all, from a News International journalist warning: ‘You have made it personal about Rebekah, so we’ll make it personal about you.’ Braggadocio maybe, but as the recipient of the threat said: ‘That’s how they operate.’ And it can be terrifying. Bugging, blagging and Benji the Binman send shudders down many a spine. The spell is broken, but the terror may not be over.”

As we speak, Murdoch’s goons are almost certainly engaged in a frantic search for dirt on Rusbridger. Yet the editor soldiers on, with new headlines appearing on the world-beating Guardian website hourly: “Murdoch’s closest advisor faces questions”; “Met boss to apologise for ‘institutional’ failures”; “NoW executives: Who knew what and when?” The top item on the Guardian site right now contains the sub-head, “BSkyB shares crash as culture secretary asks regulators if News Corp remains a ‘fit and proper’ owner”.

If anything threatens free speech in the Western world at the moment – a threat far more insidious than direct government interference through reactionary legislation – it’s Murdoch’s bid to control BSkyB (he already owns 31 percent).  Here again, Toynbee points out that Sky’s revenues are already larger than the BBC’s. “Bundling up the Times, Sunday Times and other papers with Sky News behind a paywall with sports and movie rights, puts them beyond serious competition. With this online blend, Murdoch expects to knock most other newspapers and their podcasting out of the market.”

Naïve as his words may have sounded in a world where Murdoch was king, in a post-Murdoch world Rusbridger’s words on the “irreversible trend” started by UK newspapers may just turn out to be a reality. To repeat, “It’s a trend about… a new democracy of ideas and information… about an ability to hear previously unheard voices; about respecting, including and harnessing the views of others.” DM