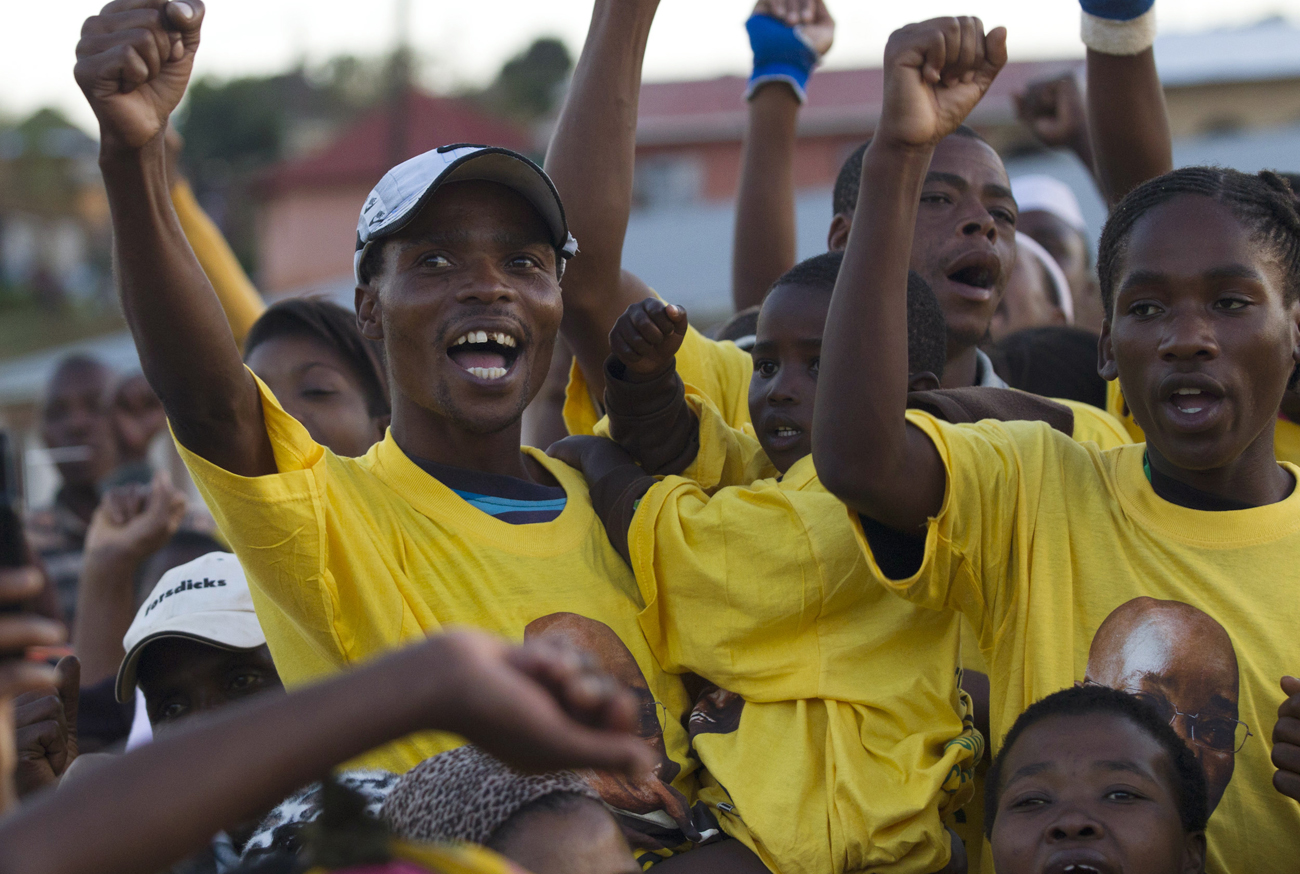 MPs spent more than R1 million hiring cars this year, including a R27,000 five-day jaunt by the department of tourism. A Free State municipality denies using funds for the poor to throw an inauguration bash while the ANC and IFP both take jabs at each other over politically related violence. Thirty Pietermaritzburg protesters were arrested after their two-month sit-in violated a court order. By SIMON WILLIAMSON.

Shadow minister of labour, Ian Ollis, has taken up the challenge of finding out what government spends on car hire and the results aren’t pretty. This year alone, five departments that answered Ollis, spent more than R1 million hiring vehicles, which is outside that spent on cars owned by national, provincial and municipal governments. The most recent to answer is Kortbroek van Schalwyk’s tourism department which threw R310,588 at the issue. Eleven times, a car hired by the minister or deputy minister exceeded a cost of R10,000 and three times it exceeded R20,000 including a 5-day hire of a Mercedes E200 which was driven 763km and cost R27,103 … because the official car in Pretoria was in for repairs. The leading offender, though, is the department of public works which spent R463,911. Arts and culture spent R118,083, mineral resources spent R251,034 and trade and industry spent R59,183. Now, while cars must understandably be hired for government business, is this absurd expenditure due to unnecessary driving or not examining the going rates for hiring a set of wheels?

The Lejweleputswa municipality in Free State (its most notable town is Welkom) strongly denied that funds set aside for the poor were used for a mayoral inauguration bash. Beeld claimed on 3 July that mayor Mathabo Leeto had taken more than R640,000 from the Phumlani project, used to hire unemployed community members to do work in cemeteries. A DA councillor, Sanel Schlebush, was quoted in Beeld claiming the party was organised to thank ANC voters for supporting Leeto. This was countered by a municipality spokesman who claimed the DA was misinformed. The spokesman went on to list the expenses: R260,980 for catering, R25,488 on decorations, R78,000 on artists, R9,500 on a photographer, R46,500 on a programme leader, R45,000 on equipment and R174,910 on transportation of community members (which, surprise, surprise, adds up to R640,378).  The Lejweleputswa municipality combines five councils, all of which are ANC run.

The ANC has called on the IFP to publicly condemn the use of violence as a political tool, after one of its rallies in Umlazi was disrupted on Sunday. Police dispersed an IFP-supporting crowd who were chanting party slogans outside the rally with rubber bullets and three men were arrested and will appear in court on 28 July, facing charges of public violence and discharging a firearm. Until May, the Ulmazi T-section was held by the IFP, but is now in ANC hands. The violence was condemned by KZN community safety MEC Willies Mchunu and ANC provincial secretary Sihle Zikalala who claimed, “The conduct of the IFP supporters is unacceptable. All participants in elections must accept the outcome of a democratic process and respect the will of the people”. It does seem as though the IFP listened a little bit though, as The New Age reported this morning that IFP caucus leader Mdu Nkosi (who was not present at the fracas) called for political tolerance. To completely undo a fairly progressive statement, he followed it up with accusations of ANC provocation. T-section remains an IFP stronghold, even though the ward in which it falls is run by the ANC (it includes Isipingo and Malukazi, which are both heavily ANC leaning).

Wilmot James led a DA delegation into rural Eastern Cape education facilities and found the EC government to be in contravention of a Bhisho High Court order to fix or create infrastructure for some mud hut schools. “While we decry the recent aptitude test results, a school in Madwaleni, has only pit latrines as toilet facilities (which service 355 students and nine teachers) and a partial electricity connection. Other schools have begun the court-ruled improvements and then let them stagnate, like in Tembeni where fence poles have been erected, but no fence actually attached to them.”  These assertions were backed up by Eastern Cape students and teachers who, under the banner of the Equal Education campaign, marched to the provincial legislature yesterday to raise issues of bad infrastructure. Of the 400 mud hut schools in South Africa, 395 are in Eastern Cape, claimed a spokesman for Equal Education, 1,100 schools have no electricity, 1,100 have no water and 500 have no toilet facilities at all.

A two-month sit-in at the ANC offices in Pietermaritzburg to protest against the leadership there has finally been broken as police arrested 30 activists last night. Police couldn’t get the activists out of the building until the group chose to walk to the police station where they were put behind bars. On the way to the cop shop they sang revolutionary songs and allegedly shouted profanities about KZN Premier Zweli Mkhize. Lawyer for the group, Sibusisiwe Ngubane, was unable to explain to The Witness exactly what the protesters were charged with, although ANC regional secretary Supa Zuma said, “I suspect they were arrested for contempt of court. However, police can elaborate on that because it is not an ANC matter.” A locksmith was called in to make sure the protesters can’t re-enter the building without permission.

Minister of defence Lindiwe Sisulu has reinstated her legal adviser Paul Ngobeni. He was suspended after an open letter to NPC minister Trevor Manuel, in which he called him “a gangster of the worst kind”.

German foreign minister Guido Westerwelle and South Africa’s minister of foreign affairs Maite Nkoana-Mashabane smiled for the cameras yesterday and pledged all sorts of niceties to each other. Said Nkoana-Mashabane, “We appreciate the role that Germany continues to play to support South Africa in helping in our quest to keep Africa as a zone of peace, security and development.” And Westerwelle replied in kind, “We’re not just economically bound, South Africa is also a strategic political partner for us. We work very closely together, and not just because we’re both currently members of the United Nations Security Council.”

North West finances are in trouble, claims the DA in the province. According to the auditor-general, 10 municipalities which were able to provide financial statements were worse off and R210 million was spent irregularly.

Reports claim that warring Cope factions have been trying to resolve their conflict since the local government elections, but details seems a bit sketchy, and it is possible that neither Mosiuoa Lekota or Mbhazima Shilowa will be part of the solution, although other sources, namely Mluleki George and Phillip Dexter, reject this. It’s 5 July. The election was on 18 May. Surely talks should have some results by now?

DA leader Helen Zille has admitted she is wary of further political involvement with Cope until the relationship has existed for long enough to evaluate it properly. A DA-Cope coalition runs six municipalities in Western Cape and four councils in Northern Cape.

Minister of communications Roy Padayachie has admitted that not one SABC building in South Africa is 100% compliant with the Occupational Health and Safety Act of 1993. Padayachie did emphasise, though, that a compliance score of 70% or more is usually considered permissible, which would mean that SABC facilities in Cape Town and Port Elizabeth were okay as of 2009.

After repeated warnings, Benedicta Monoma has been suspended as the head of Gauteng’s department of roads and transport due to tender fraud, to the value of R3 billion. The DA welcomed the suspension, but called on Premier Nomvula Mokonyane to sack her.

Two non-executive directors, FE Groepe and M Gantsho, have been added to the board of the South African Reserve Bank.
Read more: Politicsweb.