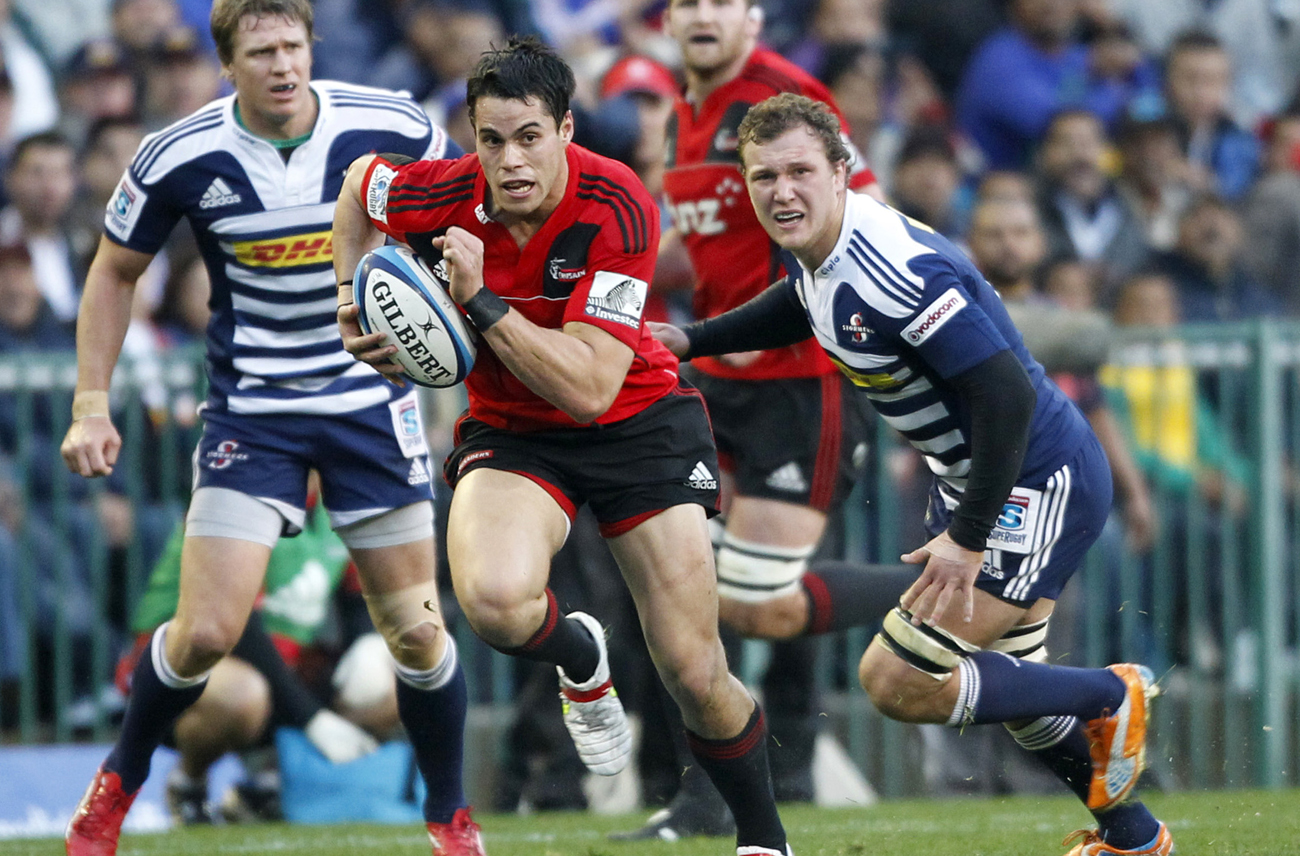 After 80 minutes of Super 15 semi-final rugby at Newlands on Saturday night, Stormers’ coach Allister Coetzee handed over a cheque to his Crusaders’ counterpart, Todd Blackadder. Accompanying the payment, could well have been an invoice for  rugby lessons, 29:10, a service rendered by Crusaders Rugby Union. A tale of woe for SA rugby fans by STYLI CHARALAMBOUS.

The build-up to the encounter between the Stormers (formerly Western Province) and the Crusaders of the beleaguered and very shaken Christchurch, had taken on the fervour usually reserved for Test matches. There was the predictable build-up of the opposition by the generals of each team and the playing-down of the occasion. But not long after kick-off it was evident that one team had failed to arrive for the spectacle. Unfortunately for every South African rugby supporter, that team was the Stormers.

The Newlands faithful would have been forgiven for thinking that a player’s strike had distracted their beloved team from focusing on the match – a la semi-finals fiasco, circa 2004. But in truth, the Stormers didn’t have the luxury of such an excuse this time. Seemingly destined to don the bridesmaid tag of South African rugby teams, the Stormers were simply blown off the slippery Newlands turf.

As the third-oldest rugby ground in the world, Newlands has seen its share of imposing performances. But few would have been as complete as that which the Crusaders put on this Cape Town winter’s evening. Starting in the belligerent playground of the front-row, the Crusaders dominated almost every facet of the game.

From the front-row to the fullback, the Stormers were outplayed and outsmarted by a far superior outfit. So when the opening try was presented on a platter to flyer Sean Maitland by virtue of a poorly timed and intercepted pass, one immediately felt the men from Cape Town were going to be in for a long and torturous evening.

As the grit and muscle of the men from Canterbury wore down the engine room and sucked in the loose forwards of the Stormers, the inevitable cracks in the backline began to surface and led to the next try, through what is fast becoming a signature Sonny Bill Williams “how-the-heck-did-he-do-that-in-the-tackle” offload. SBW’s omnipresent partner in crime, Robbie Fruean, was naturally on hand to touch down before “Mr Rugby”, Dan Carter, kicked the conversion to take the visitors into a daunting 23-3 lead. If a moment of Bryan Habana-induced hope, shortly before half-time to move the score to 23-10, gave the home side visions of a Lazarus-style comeback, the loss of their fearless leader, Schalk Burger, in the second half put paid to that notion.

Even with the all-round dominant display of the sizzling red jerseys, the Stormers continued to try to claw their way back into the match. A Schalk Brits-inspired mini-break and offload to Francois Louw made its way to the try-scoring machine that is Jacque Fourie. The try-line and an improbable comeback were in sight. On a normal day against a normal team, Fourie would have dotted down in the corner, possibly changing the course of the match. But a Zac Guildford TMO-adjudged cover tackle terminated what was effectively the last gasp for the Stormers to provide an exciting final stanza to the game. And when two more Carter penalties sailed through the uprights, the fate of a team verging on embarrassment was sealed.

The New Zealand team enjoy an unhealthy amount of support in the Cape and post-match interviews with Man-of-Match Corey Flynn, suggested they would have chosen to remain in Cape Town to play the final, had the Blues beaten the log-leading Reds. But now the other form team of the Super Rugby season lies in wait for Blackadder’s men, on the gold coast of Australia, some 11,670km away. Not that travelling has been an issue for this team which has had to find a string of new home grounds this season, some even as far away as Twickenham.

If the Crusaders gave the All Black management a series of (good) selection headaches after this performance, the only positive Pieter de Villiers could take from the Stormers’ performance is the additional weeks rest some of his top Boks will now get. Even that is grasping at some serious rugby straws.

Already rugby pundits, (especially South African ones with no further direct interest in Super Rugby) are turning their attention to the World Cup and using this tournament as a form guide. But Super Rugby doesn’t often mimic international results. Just look at South Africa’s disastrous last Tri-Nations season. The Crusaders did, however, give us a couple of potential clues as to the outcome of the World Cup. Although the biggest clue was not who would win the World Cup, but rather who wouldn’t. And that is Australia.

When the big matches come around, inevitably it’s the team with the superior scrum that wins the tight encounters. You may be able to get through a couple of games with a weak front row, but certainly not an entire tournament, which is where the highly rated Aussies will fall short in their quest for a third RWC title. Strongmen like Wyatt Crocket and the  Franks brothers are what win you rugby tournaments, even though the tap-dancing backline players may amass all the glory and groupies.

While this Crusaders team may never play another game at AMI Stadium, due to the earthquake that ravaged Christchurch on 22 February, they may just gain long-lasting plaudits from the entire Sanzar rugby community. For this has been a monumental show of courage and tenacity in an obstacle-ridden season and many are expecting one more sublime performance to lift the trophy come Super Rugby final Saturday. DM