We need a judicial enquiry into arms deal – Terry Crawford-Browne 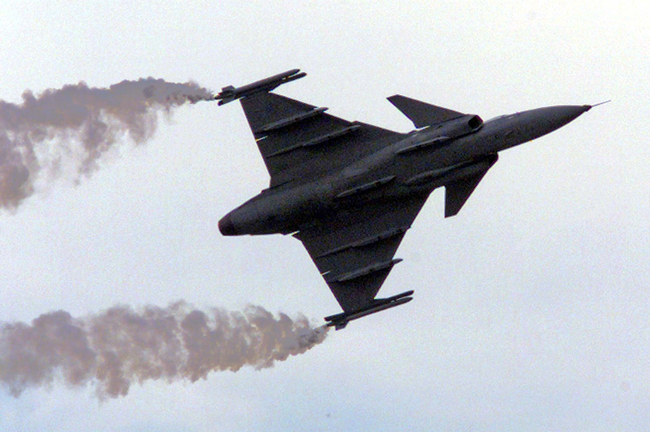 Arms activist Terry Crawford-Browne says the Hawks simply lack both the will and independence to resume a credible investigation into SA’s arms deal scandal. And as international research shows widespread corruption in the global arms trade, the DA’s David Maynier takes aim at the body that governs arms sales locally, saying it is in “administrational meltdown”. By MANDY DE WAAL.

The Hawks don’t have the political will, the independence or the wherewithal to conduct a proper investigation into the arms deal, says arms activist and retired banker Terry Crawford-Browne. A retired banker, Terry Crawford-Browne is the author of “Eye on the money” which chronicles his crusade against the arms deal in the public interest. He attempted to stop the arms deal, but his petition was denied on appeal in 2001. Before that he advised Tutu on the banking sanctions campaign, and represented the Anglican Church at the parliamentary defense review. Together with former ANC MP Andrew Feinstein, defence contractor Richard Young, and the author of “Arms Deal in Your Pocket” Paul Holden, Crawford-Browne has applied to the Constitutional Court to petition President Jacob Zuma to launch a judicial commission of enquiry into the arms deal.

Late last week DA shadow defence minister, David Maynier, revealed evidence on SA’s seemingly interminable arms deal scandal that he said was “conclusive proof” of corruption and bribery in SA’s arms deal.  Maynier sent copies of these documents to Scopa, the parliamentary oversight body on public accounts, and the head of the Hawks, General Anwa Dramat in the hope of reopening the investigation into the arms deal.

Crawford-Browne is less than optimistic about the Hawks ability to respond to the DA’s pressure. “The Constitutional Court ruled months ago that the Hawks don’t have political independence and gave them 18 months to reconstitute themselves. But they haven’t done anything.”

In mid-March 2011 the Constitutional Court ruled that the legislation that created the Hawks (the Directorate for Priority Crime Investigation) and which realised the disbanding of the Scorpions (the Directorate of Special Operations) was invalid. The Constitutional Court declared, “the offending legislative provisions establishing the DPCI (The Hawks – Ed) constitutionally invalid to the extent that they do not secure adequate independence.” The court suspended the declaration of constitutional invalidity for a period of 18 months to give Parliament the opportunity to remedy “the defect”.

“There’s also the matter of General Meiring’s memo motivating the closure of the arms deal investigation and which is horribly flawed,” says Crawford-Browne. Reporting on the memo drafted by Hawks’ commercial crime head Hans Meiring, Mail & Guardian’s Stefaans Brümmer wrote: “In broad strokes, Meiring’s memo argued that the right to a speedy trial could be compromised by the passage of time since the deal ‘in the mid-nineteens [sic]’. It also states that companies, witnesses and evidence had disappeared, a proper investigation would be resource-intensive, suspects had already died; parallel foreign investigations had been closed; and it would be difficult to get witnesses and evidence from abroad.”

Crawford-Browne says to date the Hawks haven’t investigated anything, despite there being overwhelming evidence of bribery, corruption and wrongdoing. “I sat behind the Hawks’ head General Anwar Dramat when he testified before the parliamentary Standing Committee on Public Accounts (Scopa) in September (2010). I sat directly behind him during the hearings and took detailed notes,” says Crawford-Browne who says Dramat told Scopa the Hawks had inherited three investigations from the Scorpions. Crawford-Browne says these related to the German frigate consortium, the German submarine consortium and British Aerospace.

“Dramat testified that the evidence against BAE alone comprised 460 boxes and 4.7 million computer pages. Dramat said it was a massive amount of information and that the Hawks would need years to read it all. Dramat also said there was just too much information, that it would be too expensive and take too long to investigate. He then asked Parliament for the authority to close the investigation,” says Crawford-Browne.

Parliament responded that it was not the executive and it was not the role of Parliament to take such a decision. Dramat’s decision to close the arms deal investigation was revealed by Mail & Guardian in October 2010.

Crawford-Browne says what concerns him is stalling the investigation which may lead to a situation where the Hawks could plead that the statute of limitations for investigating the matter had run out. “What we urgently need is a judicial enquiry with five retired judges so that the independence of the process can be ensured,” he says.

“These judges must be empowered to make appropriate decisions in return for full disclosure. They need to be able to offer Fana Hlongwane immunity if he tells the full story about Mbeki, Trevor Manuel and Alec Irwin who were the ministers involved when the allegations first arose and who used every ounce of state processes to close the investigation down,” he says. Crawford-Browne says Manuel and others were warned of allegations of bribery related to the arms deal, but colluded in a cover up to ensure that these details were not made public.

Meanwhile the DA’s Maynier says the body that governs SA’s arms trade is in an “administrational meltdown” and has called for a Parliamentary hearing to stem what he calls “deep trouble” at the National Conventional Arms Control Committee.

Maynier cites a confidential report by the South African Aerospace, Maritime and Defence Association that identifies numerous concerns within the Directorate of Conventional Arms Control that are prejudicing legitimate exports while crooked ones slip through.

Writing on PoliticsWeb Maynier states the report shows errors on permits, permits being issued to the wrong companies, permits being misplaced and operations being hamstrung by obsolete computer systems and the lack of specialised human resources. DM