More Fender-bender than 'The Guitar That Rocked The Wor...

More Fender-bender than ‘The Guitar That Rocked The World’ 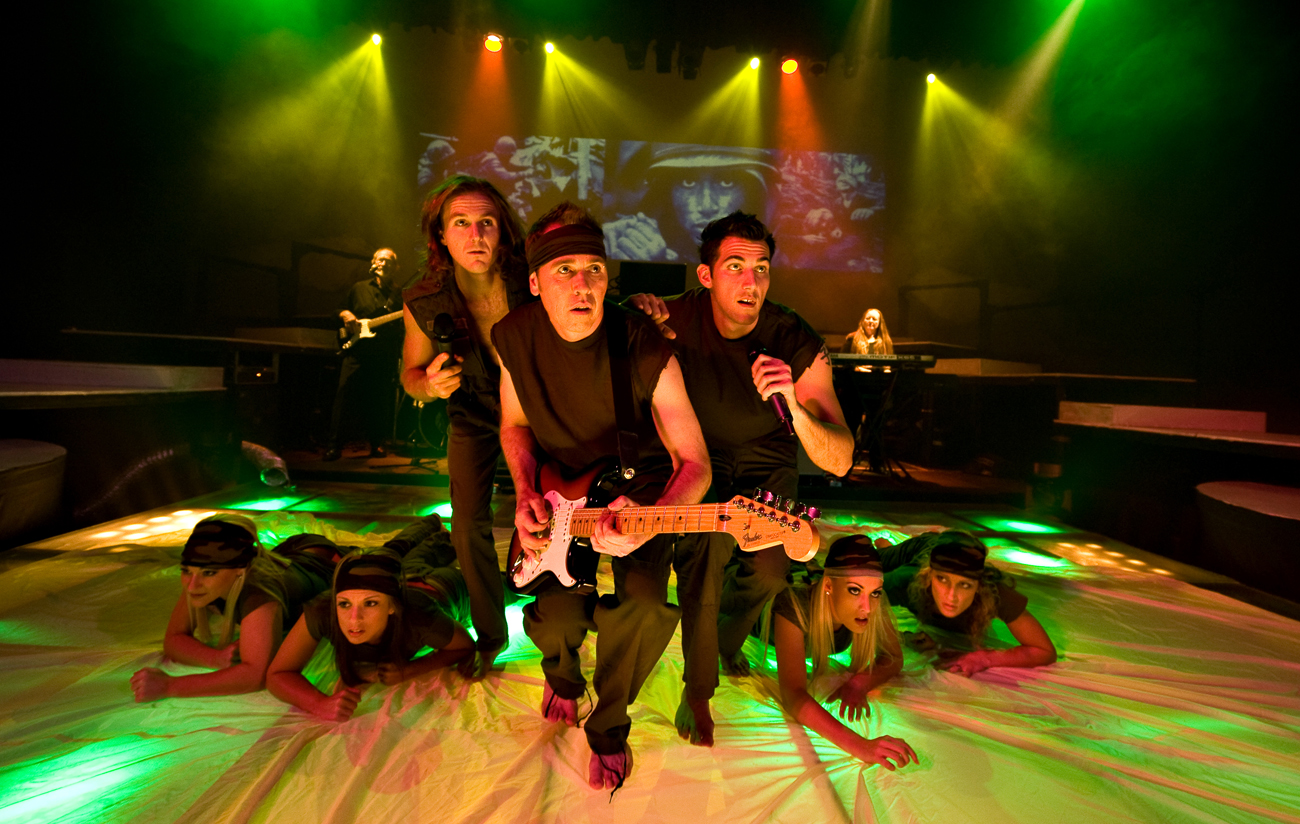 There’s a line in the latest show playing at Joburg Theatre where the young hero complains that nobody in South Africa is interested in hearing original local music any more. It’s true – which is why we end up with musical tribute shows like this one. By LESLEY STONES.

This time it’s “The Guitar That Rocked The World”, a tribute not to one artist, but to pretty much anyone famous who strummed a Fender Stratocaster. If you think that sounds like a flimsy plot for a production, you’d be right. But these shows are never about the plot, they’re all about the music.

To be honest I’d hoped this would be different, since the blurb promises a story involving the ghost of guitar designer Leo Fender encouraging a young boy to live his dreams. But once that bit has been and gone, the music itself becomes the central character. So we get songs by Clapton and George Harrison, Pink Floyd and Dire Straits. Interestingly it took one man to play the Jimi Hendrix songs and another to do the vocals. And to think one skinny wasted guy used to do it all alone. And the ZZ Top section was remarkable only because it’s the first time I’ve seen them look more like Orthodox Jews than shit-kicking cowboys.

For 17-year-old Daniel Basckin this must be the dream job and he handles the role of the would-be young superstar well. He’s bright, articulate and already plays a decent guitar. The other talking role goes to Frank Graham as an avuncular Leo Fender, who doesn’t really need to act as much as walk on and off stage giving us a mini-commentary. What annoyed a lot of the audience is how the theme of guitar greats is submerged among the usual tribute-show fluff of pretty dancers in tiny sequined skirts, and pretty-boy singers flinging them around in energetic, but not always appropriate choreography by Janine Bennewith. Sexy girls in bras playing air guitar might look awfully cute, but really, it’s the final give-away that this isn’t a serious piece of theatre. Is it too much to ask for a bit more story and a little less leg?

This musical rehash feels like it’s on the wrong stage. It would work perfectly in a Barnyard Theatre with a drink and a pile of food in front of you and lots of space to get up and boogie if you felt inspired. The show was devised by local guys Themi Venturas and Barry Thomson, so South African music does get a welcome look-in. In fact, Thomson and Venturas have pretty much done it all, with Thomson joining Andrew Turrel and Rowan Stuart as the guitar players, while Venturas helped design the set and the lighting. The visuals are attractive, with a four-level stage and see-through curtains bolstering the atmosphere.

The musicians are note perfect, of course, but if you’re not a guitar fan, you’ll be bored long before the inevitable “Rocking All Over The World” brings it to a close. DM

“The Guitar That Rocked The World” runs at Joburg Theatre until 4 July.