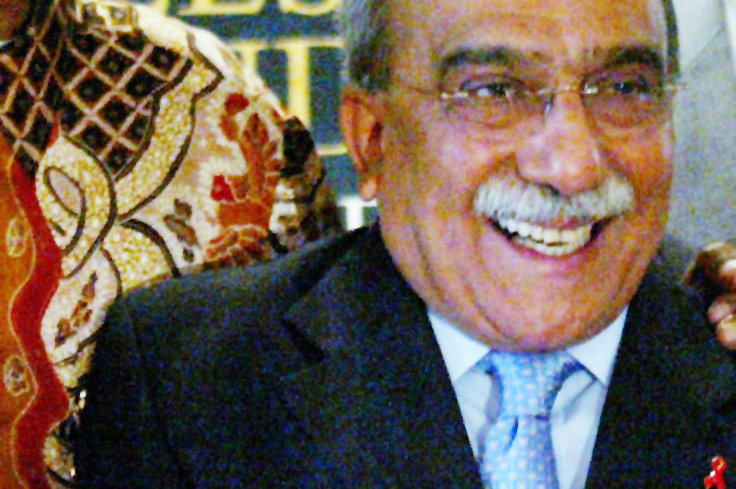 Activist, teacher, lawyer, professor, politician and, above all, man of principle, ANC stalwart Kader Asmal died on Wednesday afternoon. He will be remembered not only for the part he played in the struggle against apartheid, but for his many services to the new South Africa - as MP and Cabinet member, his unwavering commitment to non-racial, democratic principles and his courage to speak the truth. By THERESA MALLINSON.

ANC struggle veteran Kader Asmal passed away at about 16:00 on Wednesday, after suffering a heart attack on Tuesday night and slipping into a coma. He was 76 years old. The sad news was originally broken on Twitter by deputy minister of science and technology Derek Hanekom, and later confirmed by Luthuli House.

Asmal grew up in Stanger, KwaZulu-Natal, and became involved in politics as a teenager. While in matric, he led a stay-away movement at his school. After earning a teaching diploma and a BA degree in South Africa, Asmal left for the UK, where he studied law at the London School of Economics. While in London, Asmal was a founder member of the British anti-apartheid movement. After later moving to Dublin to take up a lecturing position at Trinity College, he was also a founder of the Irish anti-apartheid movement.

Asmal was in exile for 30 years, and his niece Fawzia Peer spoke to the Daily Maverick about this trying time. “Those were difficult times for our whole family. I remember our granny, his mother, used to be crying for him daily. He left the country to fight for the people from the outside.”

Peer, who now heads up eThekwini’s finance and procurement committee, was hugely influenced by her uncle’s devotion to politics. “When I was younger he ‘conscientised’ me about the ANC and anti-apartheid activities. I was in Dublin with him and went to a number of his meetings,” she said. “It’s sad he’s gone. I’m so sad I can’t even think,” Peer added. “He’s done the very best for his country. He fought hard and he was a great thinker – a true thinker.”

And, when Asmal was able to return home in 1990, he put his towering intellect to good use in becoming part of the Codesa negotiating team. His legal experience meant he played a key role in drafting South Africa’s new Constitution and, after the 1994 elections, he became minister of water affairs and forestry. While his tenure in this post is considered a success, his subsequent misadventures in outcomes-based education as minister of education were less well-received.

In 2004 Asmal made the unusual move of returning to his duties as an ordinary MP after leaving the Cabinet. He was often openly critical of the ANC, despite a growing climate of hostility towards public dissent. In 2007, he questioned the government’s stance on Zimbabwe and, when he left parliament in 2008 to become professor extraordinary of law at the University of Western Cape, it was because of his opposition to the disbanding of the Scorpions.

The glowing tributes Asmal received on leaving Parliament are testament to the esteem in which his colleagues held him. Struggle comrade and fellow Cabinet minister Trevor Manuel said: “He has been able to address himself to all the tasks assigned, with the energy he has, for two reasons – firstly, his values. When he was awarded the Legion d’Honneur he said: ‘I am a product of our struggle for freedom. Like my political movement, we have drawn inspiration from the intellectual and political patrimony of humanity, which has shaped the contours of our Constitution.’ That defines the Kader I know – in service of his movement. His values are so strong, they provide him with a solid platform to work from. The second reason is the deep yet critical support that he enjoys from Louise.

“His life’s work had placed comrade Kader in the position where he could criticise and advise, and everybody knew it emanated from one who loves his organisation and democracy very, very dearly.”

Asmal didn’t let up on his advice and criticism as he aged. In a series of guest columns for Fin24 this year he offered his always-outspoken opinion on the ANC Youth League, dictators in the Arab world, fracking and corruption in South Africa, among other issues. And on 2 June he sent a letter to the Right2Know committee, outlining his opposition to the proposed Protection of Information Bill.

“This bill is so deeply flawed that tinkering with its preamble or accepting a minor change here or there will not alter its fundamental nature, that it does not pay sufficient attention to the nature of freedom of expression… My appeal, as a loyal member of the ANC who played some role in the drafting of this section in the internal debates in the ANC, is to the government to withdraw the bill and to set up an independent and non-party political committee to draw up legislation that rightly emphasises the right of the state to protect legitimate state secrets, with a narrow ambit as to who will be qualified to do so and the onus on those who purport to demand such a classification.”

In the same letter, Asmal called on his fellow South Africans to support him in speaking out against the bill. “I ask all South Africans to join me in rejecting this measure in its entirety.” There will be no better way of honouring the memory of this honest and principled man than doing just that. DM