Analysis: What would happen to SA if mines were nationalised? 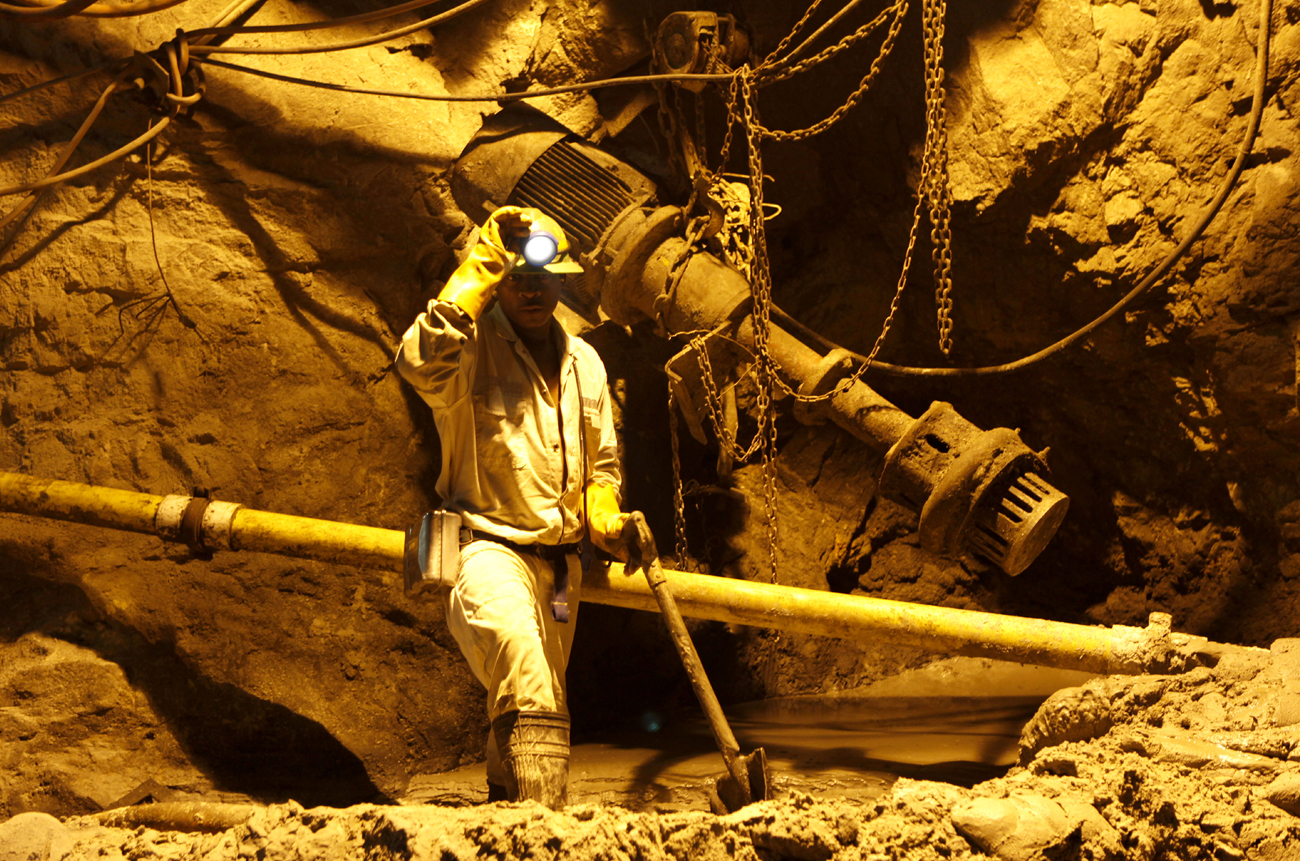 Nothing good, the experts say. That’s the short answer. The long one is a little more nuanced than that, but it still spells doom for the country should the ANC Youth League have its way with the economy. By SIPHO HLONGWANE.

After Julius Malema and the ANC Youth League’s renewed assurance that they would make mine nationalisation the government’s official policy, the ANC came out and once again reassured everyone whose nerves had been stirred that this indeed wasn’t its policy. Big business broke its usual silence around the matter and issued a stern warning to the Youth League that its idea wasn’t at all cool.

But let us humour the League for a moment and assume it succeeds in changing the ANC’s mind about nationalisation, gets over all the legal hurdles and the government immediately adopts this policy? What exactly would happen to the country?

Azar Jammine, director and chief economist at Econometrix, says the very first thing that would happen is that there would be a big outflow of capital out of the country, which would lead to a rapid depreciation of the rand. The weak rand would benefit some manufacturers in the short-term. “This would then cause high interest rates and inflation in the mid- to long-term This won’t immediately affect the poor since they don’t have debt with the banks. It’ll hit the middle-class hard because they have loans. A higher interest rate would lead to slower economic growth and a loss of jobs.

“What we need to realise is that there has already been some damage. Even in the short- and medium-term there will be less investment in the country because of the fear caused by this talk of nationalisation. The big fear is that in time there may be a new demagogue in power who not only nationalises key assets, but is unfriendly to business,” Jammine says.
There’s the lack of clarity as to what the League itself means by “nationalisation”. To hear Malema tell it, it means government will not only become a major shareholder in the companies it so obviously covets, but it will also seek to swell its employment ranks so as to hire as many people as possible. The plan then gets hazy after that.

Chief economist at Econometrix Tony Twine says the word “nationalisation” implies the manifestation of the nation, which is the state, would run what had previously been business enterprises as if they were part of the state, which, by definition, they would be after nationalisation. “By necessity, the state and business objectives have to be different, leading to different policy approaches by each,” Twine says.

“The most successful economies throughout history have been the ones where the state and business have respected each other and not tried to fulfil each other’s functions.  The economy can only thrive under conditions of such mutual respect and without conditions of mutual interference.

“The Malema doctrine as it stands right now would be only the beginning of state absorption of all business activities. Look no further than the erstwhile Soviet Union and the Comecon countries for their levels of progress and happiness between the 1920s and 1980s. The poor would share equally in poverty!” says Twine.

The single biggest challenge the government will face in nationalisation is the powerful unions in the country. The government could either choose to focus on labour-intensive processes and use the mines to hire as many people as possible or it could try to maximise capital and use the profits (don’t laugh) to fund the welfare state project. However, the labour intensive approach will fail because it would have to hire all those people at minimum wage (keep in mind that a lot of South Africa’s unemployment problem has to do with the fact that a huge chunk of people are just not skilled enough) at the very least, leading to a massive bleeding of profits. Not to mention the fact that nationalised companies tend to have a severely weakened bargaining hand with unions.

To keep up with the massively expanded public wage bill, the government would have to begin to borrow aggressively and run up even bigger deficits. According to Jammine, we would end up completely bankrupt as a country.

So what’s the point, then? Why is the Youth League continuously pushing this idea? Tony Twine believes this obsession to be about political ideology more than anything else. “At heart, it appears simply to be centred around taking control of the means of economic production (as Malema sees them) so that he, his comrades and their descendants’ can dictate how the rent or surplus earning capacity (as he sees it) can be distributed.  Guess who will be first on the distribution list?” Twine says.

“The less liberal one’s view of life is, the more one tends to think that other people should not have the right to own or distribute wealth or favours. That is where Malema is at.”

However, the Youth League’s entire gripe with “white monopoly capital” is brought about, or at least emboldened, by the fact that so many South Africans are unemployed. The unemployment rate for the last quarter of 2010 was 24% according to Statistics South Africa and is back up to 25% in the first quarter of 2011, but that only counts people who are actively looking for jobs. The number doubles when counting those who’ve given up looking for work and the percentage nearly triples when you look just at the 15-24 age group. There is a massive problem. But that’s where the rub lies – it’s not a problem that nationalising the mines and banks will solve. It will only exacerbate it very badly.

“In my opinion, larger businesses in South Africa are not really interested in creating jobs, because training workers and keeping them productive is not easy, especially in our highly unionised environment,” says Paul Theron, asset manager at Vestact. “Using technology to remove humans from the business process is much more sensible from their perspective. Note that this is not a SA-specific trend.

“The only way to deal with our jobs crisis is to promote smaller businesses in the tourism, transport, construction, security and personal services sectors.  The government should focus on encouraging entrepreneurs to focus on these areas, perhaps by providing generous tax breaks.

“I do understand the ANCYL’s frustration at youth unemployment in SA.  As I said to Bloomberg earlier in the week, economic exclusion in South Africa under apartheid was so thoroughgoing, it is now very tempting to want to overturn the whole apple cart.  That sounds good to the uninformed masses, whose daily reality is unenviable,” says Theron.

The trick now is to convince Malema and the Youth League that we’re all on the same side in our diagnosis of the problem, but the capitalist potion is better than his poisoned chalice. Not the easiest task in the world – not by a long shot. DM

Photo: A mine worker is seen underground in South Deep mine outside Johannesburg June 4,2010. REUTERS/Siphiwe Sibeko