Fall of the House of Jack - Fifa cleans up, a little

Fall of the House of Jack – Fifa cleans up, a little 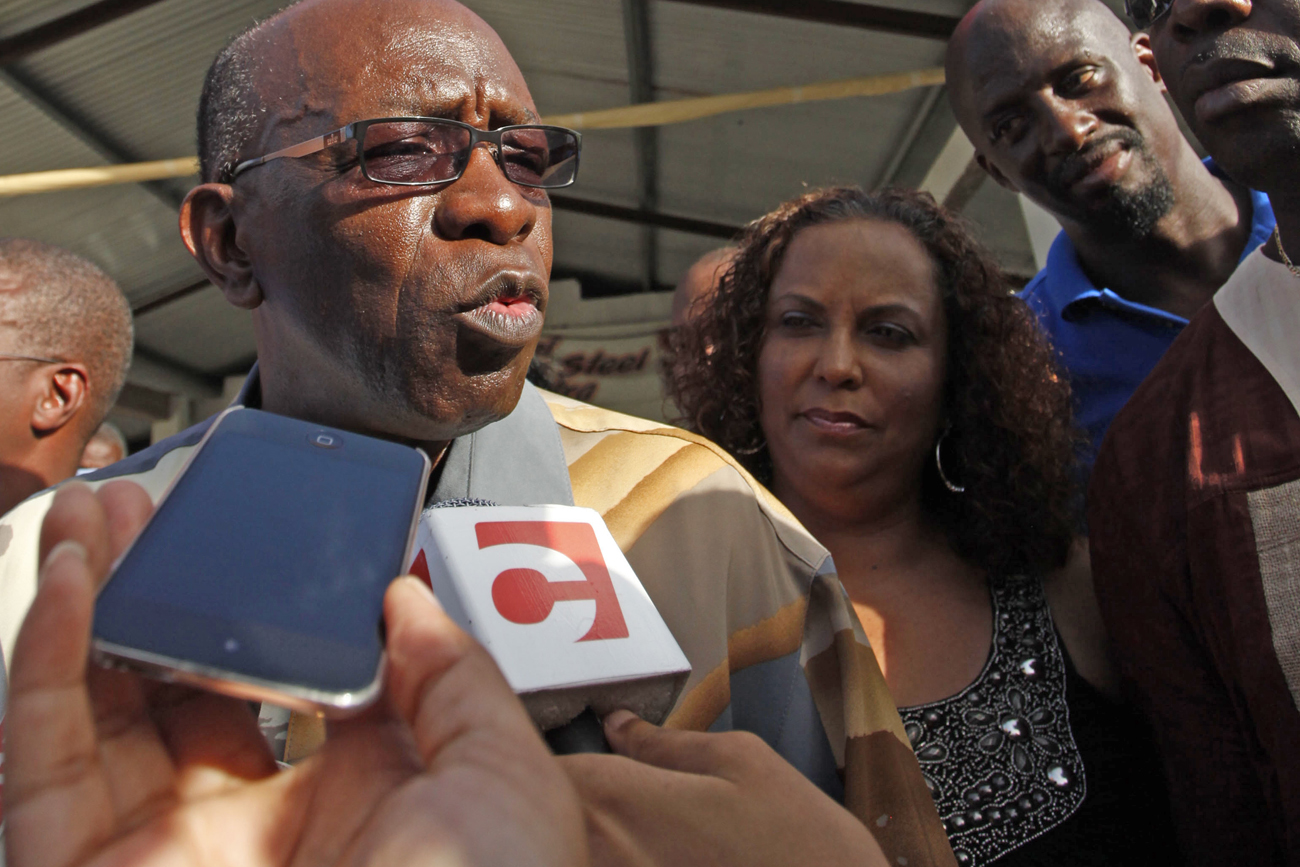 Ladies and Gentlemen, meet Jack Warner. Until a few days ago, he was vice president of Fifa, head of the powerful Concacaf football federation, successful businessman and an MP in his native Trinidad and Tobago. He can now cross the first two items off his CV. But will football get any cleaner? (Pipe down ? we can hear your guffaws from here.) By RICHARD POPLAK

The way Jack Warner sees it, he was set up. Screwed, boned, sold up river. Friends, he categorically did not try to facilitate a gift-giving scheme by Fifa presidential hopeful Mohamed bin Hammam, a rather wealthy Qatari gentleman, in which envelopes containing $40,000 were handed to members of the North American, Central American and Caribbean football federation (Concacaf), to be used at “their discretion” just so long as they ticked the box next to Hammam’s name, and not that of incumbent Sepp Blatter.

There are other things Warner did not do. He did not, through a travel company he owns, sell black-market tickets to the 2006 World Cup Final (for which his son was fined more than $1 million – still due). Nor did he cheat the Trinidad and Tobago football players out of their World Cup bonuses. What’s that, you say? Ask for $4 million from England’s 2018 World Cup Final bid for an education centre, and another $800,000 to purchase Haiti’s football television rights (which, it so happens, he already owned)? Nonsense.

Mind you, there are things Warner did do. Both by hook and by crook, he ushered Trinidad and Tobago into the 2006 World Cup Finals, the smallest nation ever to play on the biggest stage. He transformed Concacaf from a flea-bitten backwater non-entity into a multimillion-dollar sporting powerhouse, with offices in Donald Trump’s digs in Manhattan. And more offices in a property he owns in Trinidad and Tobago, for which Concacaf pays him nearly a million dollars a year in rent. He is beloved by his constituents, who claim he is the hardest working MP on the island. He adopts kids, sends others to university and generally dispenses benevolence like the Big Man that he is.

So, there are things Jack Warner has done, and things he hasn’t. It’s what he hasn’t done, what he denies so vehemently, that led to his resignation from Fifa this week, where he has served as a member of the executive committee since 1983. Likewise he stepped down from the presidency of Concacaf. Warner claims the general secretary of Concacaf, a fellow named Chuck Blazer, sold him out for political reasons. At issue is the fact that Hammam was alleged to have dispensed baksheesh in his bid for Fifa’s presidency. Each member of Concacaf was to receive an envelope with $40,000 in $100 bills, which Warner reportedly handed out like Al Capone wearing a Santa hat. When some members, namely the Bahamans and Americans, baulked, others started singing. “The general secretary that I had employed, who worked with me for 21 years, with the assistance of elements of Fifa has sought to undermine me in ways that are unimaginable,” said Warner of Blazer.

A conspiracy, then? Perhaps. The Daily Maverick will not waste your time by riffling through Fifa’s filthy underwear once again ?we did enough of that during South Africa’s World Cup, and frankly, it makes us nauseous?but we will say that Jack Warner has been on the periphery of too many scandals to remain untainted. The sniffing dogs were getting closer, at least since El Presidente Blatter, in response to the torrents of criticism, hired Louis Freeh, once head of the FBI, to dig through the dirt.

Someone had to fall, and it was Warner.

Not everyone is thrilled. Back home, the sports minister Anil Roberts insisted, “We have to guard against the Europeans trying to take back control of the game that they have had for many years.” Hammam has not resigned from Fifa’s executive committee, despite numerous calls for him to do so, and will fight the allegations to the bitter end. As for Warner, he has said that he will cooperate in the rest of the investigation, but not with Freeh. “I will die first,” he insisted. “If Fifa wants me to co-operate, I will do that, but not with Freeh. I’m not going to back a complaint made by an American, investigated by Americans and an attempt to put it on American soil because the complaint is from Miami. [That’s where the envelopes were handed out.] I don’t back this farce.”

Ah, football! What a nasty, brutish game. Blatter’s executive committee contains at least one member who allegedly tried to bribe his way into the presidency. Hammam is still serving a suspension, however, as was Warner when he quit. Since Warner’s resignation, “All ethics committee procedures against him have been closed and the presumption of innocence is maintained,” Fifa said.

But Warner is still fighting mad. “I’ve been hung out to dry,” he claims. We guess this means he finally understands how football fans feel. Warner, like so many of his contemporaries, has become rich off fans’ unconditional love of the game. Few soccer fans will be sorry to see the back of him. It’s who Fifa brings on as a substitute that worries us. Sometimes, it’s better the Jack you know. DM

Photo: Trinidad and Tobago’s Minister of Works and Transport Jack Warner speaks to the media during a visit to flood-affected Victory Heights in Arima June 20, 2011. Warner, 68, who had threatened a “tsunami” of revelations about the way soccer is run, resigned from all his international soccer posts including the positions of FIFA vice president and CONCACAF president on Monday, prompting the sport’s governing body to drop an investigation into bribery allegations against the Trinidadian. REUTERS/Andrea De Silva.