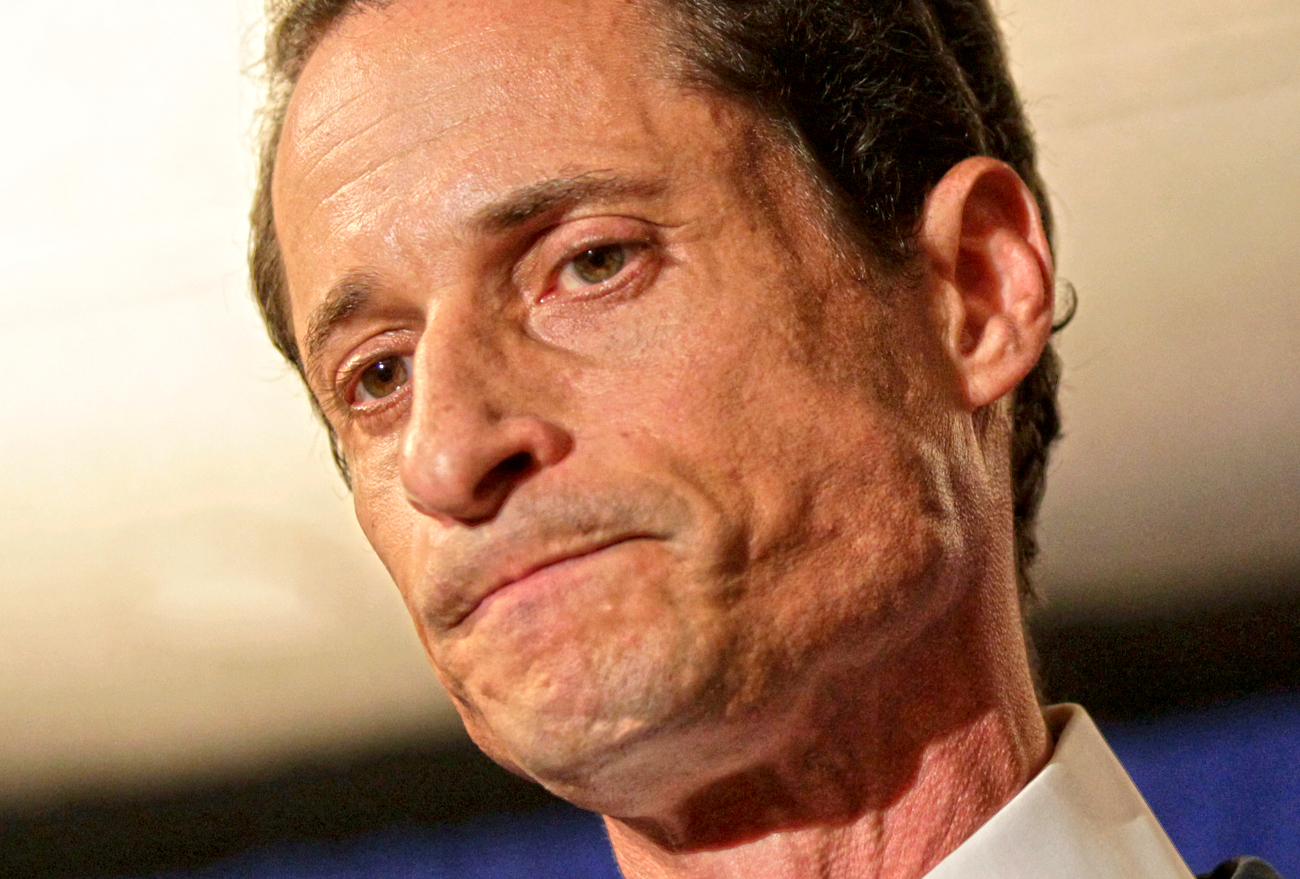 If Hollywood is going to option a movie on Weinergate – and by all accounts it’s going to – the screenwriter had better be a genius. For the story to not devolve into unwatchable farce, the script will need to show how Anthony Weiner was the architect of his own destruction, and how he might have survived had he been Bill Clinton. By KEVIN BLOOM.

At a Brooklyn senior citizens centre where he had begun his political career in 1991, Anthony Weiner announced on Thursday, 16 June, that he would be resigning his seat as Representative for the Ninth Congressional District of New York. The ultimate fact of the matter was that simple – and but for the circumstances that surrounded it, would have warranted no more than a minute’s air-time on local television and a handful of articles in the New York press. Instead, Weiner’s resignation was the largest news item in the US yesterday, with repercussions that extended throughout the political system and all the way up to the White House. And it all had to do, as The Daily Maverick observed last week, with a photograph of Weiner’s penis.

To recap, in late May the Congressman took a picture of his crotch in tight-fitting briefs and sent it to everyone who was following him on Twitter (he had meant to send it only to a certain female college student, a woman who was definitely not his wife, but he pressed the wrong button). Like the experienced politician he was, he calmly faced the early media attention with the claim that his Twitter account had been hacked, and that the penis in question therefore did not belong to him. The strategy appeared to be working, until a blogger by the name of Andrew Breitbart published a cropped shirtless picture Weiner had sent to another woman, indicating that there might be more. On 6 June, Weiner tearfully and publicly apologised to his wife, his friends, and his constituents. He then tried for the ensuing ten days to save his political career, an effort that proved fruitless despite the fact that the polls were on his side – as Politico reported, 56 percent of voters in Weiner’s district did not believe he should resign, while only 33 percent thought he should (even though 73 percent thought he acted unethically).

So what was going on? Why had the story evolved into a media tsunami with the appellation “Weinergate”, why did the United States political machine grind to a halt over it, and why was Anthony Weiner forced to step down despite the fact that his constituents did not want him to?

The answers, it would seem, are tightly inter-linked. First the media storm, and the mouth-watering fact of Weiner’s name: headline writers across the US found themselves unable to resist the temptations of double entendre (“Weiner gone soft,” etc) while journalists from all sides of the spectrum weighed in with hilarious comment (the best of which, in The Daily Maverick’s opinion, was John Kenney’s piece for the New Yorker, “Of course I take pictures of my penis and send them to people”). The late-night talk show hosts weren’t about to kick this gift-horse in the teeth either, and added to the story’s social media elements, its steady supply of women and source material to feed the cycle, and its highly explicit nature, Weiner was on a hiding to nothing. There was also, of course, an almost Shakespearean tragicomedy driving the narrative. As Kiri Blakely observed for Forbes: “Weiner mistakenly Tweeting his junk? Comic. Self-deludedly ranting that he was hacked? Tragic. Sending off pics of his cats (i.e. “pussys”) to his sexting partners? Comic. Beautiful new wife is pregnant? Tragic. Weiner gives himself the full body Brazilian? Comic. A good Congressman who sabotaged his career for nothing? Most tragic of all.

Which brings up questions two and three above. Weinergate, as it gained momentum, apparently started to compromise the ability of House Democrats to function. According to BusinessWeek, Weiner’s departure “will help Democrats focus on the Republican proposal to privatize Medicare, the government health-care program for older Americans, and the talks over increasing the government’s borrowing authority.” All important initiatives, no doubt, even though a lot less interesting than photographs of a penis. But there is another take on the scandal, one that argues that the theory that Weiner was a political distraction is itself a distraction.

Writing for the influential site Politico, Keith Koffler noted that the pressure from the Democrats for Weiner to resign – pressure that eventually extended to the Oval Office – was less about the Congressman’s “moral failings” than it was about his status as a political liability. Wrote Koffler: “Weiner’s status as a relative political pipsqueak was indeed what got him sacked. Because 13 years ago, Democrats rallied unanimously behind a far more powerful political figure who they couldn’t afford to lose – though his transgressions were far worse.”

Koffler was of course writing about Bill Clinton, a man who had “Weiner completely outclassed when it comes to inappropriate sexual behavior.” Reminding us that in 1998 Democratic leaders “not only failed to call for [Clinton’s] resignation, they did everything they could to keep him in office,” Koffler was making an important point about the hypocrisy of the party’s politics. And so? And so we’re back where we started – Anthony Weiner’s penis, and his career-limiting urge to send women pictures of it. DM