ANCYL conference day 2: an only-black League can’t be good for the ANC (or SA) 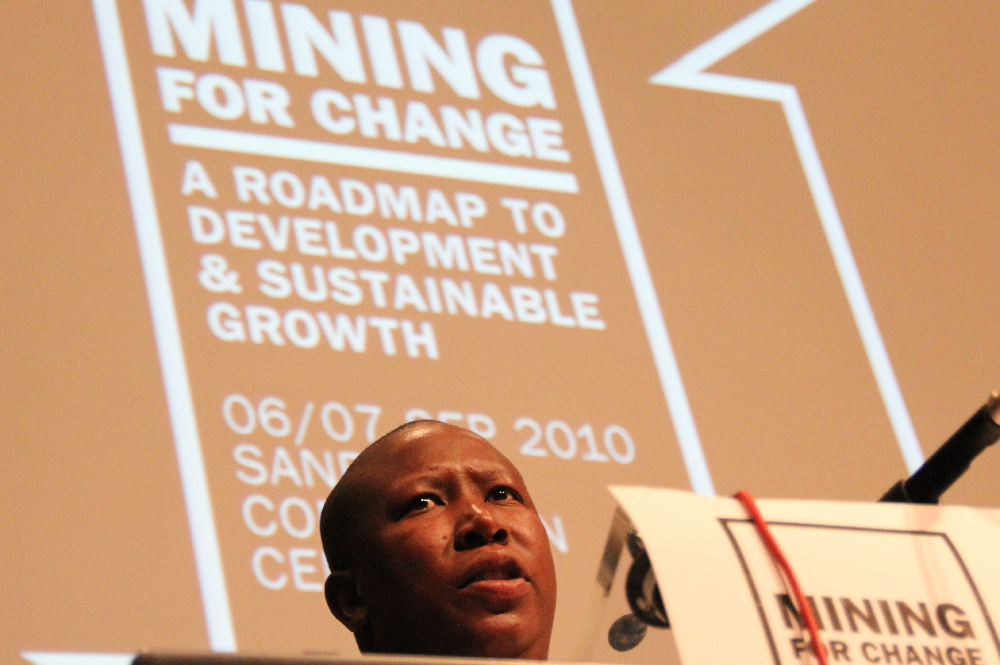 Conferences can tell you a lot about political organisations. Do they run on time or are they chaotic? Is there unity, or just good stage management? Even some of the bigger issues come to the fore, when they’re not meant to, when you gather a large number of members in one place, and discussion starts. You also get a picture of an organisation that is not quite so controlled. And while the second day of the ANC Youth League’s conference did not provide as many headlines as day one, we still learnt a lot. By the still youthful (according to the ANC definition) STEPHEN GROOTES.

One of the more boring moments of any ANC conference is the section entitled “messages of support”. It’s about “fraternal and revolutionary greetings” from various organisations, all of them lefty of course. But boring or no, us journos go – because we’re allowed. At the Youth League conference in Midrand, this normally-boring section of festivities was spiced up by one Tendai Wenyika. Remember that name: Tendai Wenyika. She is currently a member of Zanu-PF’s youth movement, but she was speaking here in her capacity as deputy secretary-general of the Pan African Youth Union. You could say she’s the Julius Malema that got elected leader by a group of other Julius Malemas. When it comes to firing up a crowd, she makes Malema look like an amateur. She had a real go about mine nationalisation, land expropriation, the usual high points. Just take Malema’s speech from the day before and jazz it up a bit, and you’ll know what Wenyika had to say.

And boy did the crowd love her. She had them on their feet within seconds, shouting and screaming, cheering for more. It was an incredible performance. She wasn’t the only one either; young firebrands from Ghana, Botswana, Kenya, Cuba and Palestine all had similar messages.

Unfortunately, what this tells us is that the Youth League is actually, perhaps, becoming more radical than we thought it was. Yes really. It is clear now that to get this crowd going there are two phrases, “nationalise now” and “long live Julius Malema long live”. So we have a League that is becoming a vehicle for literally these three things: Malema, nationalisation and land expropriation. Which raises some serious questions for South Africa.

First, though, there is something else about the complection of the League that we need to look at. We’ve whispered it before, but at this conference it is obvious. There are virtually no minorities among the delegates. We are not in favour of classifying people, so the previous statement raises some obvious problems. But the fact is that in plain sight, at least for us, the ANC Youth League is in danger of becoming an organisation made up only of black people. While there is a massive difference between being an organisation made up only of black people, and an organisation that is by design black-only, that raises some more serious issues.

First, it means that a significant group of people are not present. Second, the League looks exclusive. Third, and most importantly, this is the ANC of the year 2031 we have here, if nothing changes between then and now. If it does not, and there is no reason to believe it would, does that give us an ANC that is just black? What would that mean? We’re not entirely sure, but none of it would be good.

This is an issue we believe the entire ANC has to look at. We’ve said before the party won’t let it happen. In short our argument is this: if the ANC becomes a party for just one race, it’s only a matter of time before it becomes a party of just one group within that race.

Gauteng premier Nomvula Mokonyane is one of the people sent to keep an eye on this conference by the ANC. Where are the minorities within the League, she was asked bluntly by an ETV reporter. She says it’s something that has to be looked at, and that deep within the League’s own documents is a concern that it is not attracting people from all groups.

But the League has the problem the Pan Africanist Congress used to have, when it claimed it wanted Afrikaners to join. Julius Malema is the person who said the “DA is for white people”. Many of them agreed. While Malema has denied several times that he was responsible for the ANC’s loss of minority support in the local government elections, the fact is calling whites “criminals” is not really going to bolster your white support. Well, not in this universe.

At this stage of things, one can only presume that the League, and Malema, (which are kind of the same thing) are going to push harder than ever for their agenda to be taken up by the ANC. And we don’t see anyone pushing back hard. Not business, not the ANC itself, not anyone.

And in the land of the mute, the man who uses his voice rules. DM

Photo: Julius Malema calls for mine nationalisation, at a conference in Johannesburg last year.