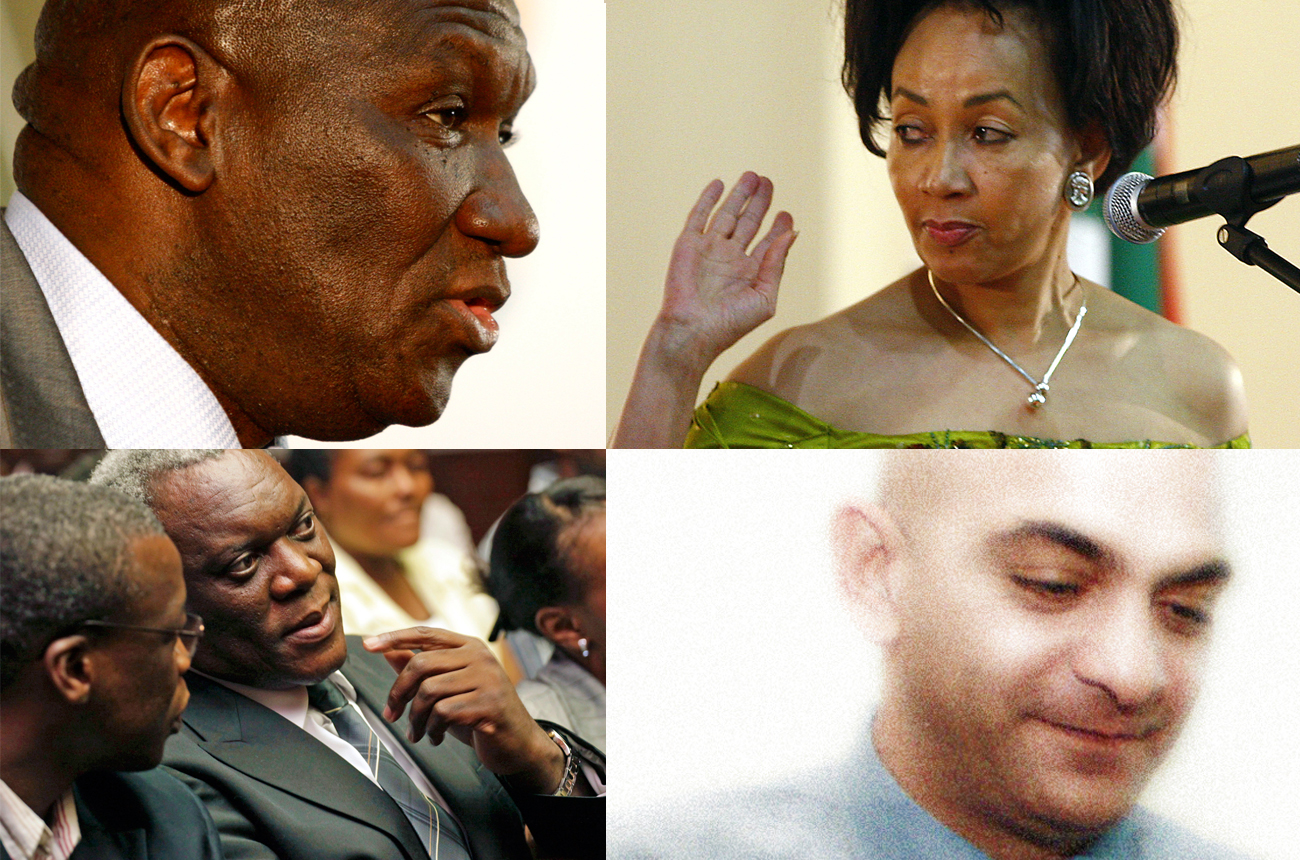 When you make promises and you can’t deliver, you need to ensure government’s warlords have got your back. We talk to Jane Duncan on why the media may be merely collateral damage in the battle for secrecy, and why it looks like things in South Africa will get a whole lot worse before they get better - if they ever do. By MANDY DE WAAL.

To understand the onslaught against media and information freedoms one must appreciate Mbeki’s legacy, Zuma’s “Catch-22” and the growing prominence of South Africa’s security power cluster in politics, says Jane Duncan, the former head of the Freedom of Expression Institute  and now Highway Africa Chair of Media and Information Society in the School of Journalism and Media Studies at Rhodes University. Remember the days when the politicians who governed South Africa’s economic cluster where the kings of the hill? Trevor Manuel was riding high and Tito Mboweni used to dress in those natty suits, buttons straining at the seams, as he mouthed off at dissenters at Reserve Bank meetings.

“In those days Trevor Manuel was king. Now the political heads of security are the kings and queens of Zuma’s administration,” says Duncan. As Zuma’s term in office is maturing, he has been increasingly unable to deliver on promises made, and because of this Duncan says there have been significant attempts to strengthen the political security cluster. “What distinguishes Zuma from Mbeki is the growth of the security cluster in policy making in government,” she says.

When Zuma made his bid for the throne many people genuinely believed he would change the balance of class forces within the tripartite alliance. “Many within the alliance threw their lot in with Zuma because they believed he would bring a better life for all.” Thanks to mismanagement, corruption, recession and other factors, Zuma has found it increasingly difficult to fulfil his mandate. “Zuma’s support base is fragmenting, as can be seen in the tensions within the ANC and ongoing war of words with Cosatu, which is very worried about Zuma’s administration and his political will to deliver.”

Duncan says people shouldn’t have been surprised by the murder of Andries Tatane. “The police have strayed from their post-1994 mandate when they were supposed to be rooted in communities. The police have increasingly become a service that attacks people. It is alienated from the communities it is meant to serve. The police have become the enemies of the people in many communities. This is evidence of a further shift in the role of the security system in society and indicates we are moving into a climate of heightened repression.”

“The police have been militarised with the reintroduction of the military ranking system which has re-introduced a culture where orders must be followed blindly and without question,” says Duncan. Another clear sign of the rise of security power is the might wielded by defence minister Lindiwe Sisulu, who cannot be held to account and governs her department under a shroud of secrecy.

There’s been a long-standing and very public battle between DA shadow minister of defence David Maynier and Sisulu over access to information and documents. Sisulu regularly refuses to answer questions in Parliament or to furnish military documents that were accessible to opposition parties during past regimes. Sisulu is intransigent even to the point of the threat of discipline by Parliament’s portfolio committee on defence. The lack of action in the face of Sisulu’s inexorability shows she has become “an untouchable”.

Duncan says other untouchables are police chief Bheki Cele, minister of state security Siyabonga Cwele and the head of national intelligence, Mo Shaik. These untouchables call the shots because, as Duncan says: “In the future, Zuma is going to have to contain the level of expectation he has raised. If he cannot meet expectations through delivery, he will have to maintain it through repression and containment.”

Zuma is a military man, his existence in office is closely tied to the security cluster and is in part why he has appointed his former MK nearest and dearest to surround and protect him in government. “During the recent government shake up the security cluster was untouched. These are the people that form the tent pole of Zuma’s power. It is in their interest to make sure they maintain as tight a grip as possible. This is why we have measures such as the Protection of Information Bill on the table. It is all about ensuring the transformation of South Africa into a security state.”

It is not uncommon for a nation under threat to call its hawks closer to the centre of power. This was evident in the US when George Bush was tightly surrounded by his security cluster. Post 9/11 it was the security cluster that drove the decision to take the US to war against Iraq.

“The growing threat to media freedoms cannot be seen in isolation to the growing power of the security cluster in this country. The POIB is not about the media, it is about shutting off the state from scrutiny.”

As the power of the security cluster grows, media freedoms may well be collateral damage in the larger battle to freeze or control information to stem dissent.

Duncan says the ANC is losing support incrementally, as evidenced by election results for the past years. “Once the ANC falls below the 60% mark we will see real problems. The measures we are seeing now to contain media freedoms and the free flow of information, together with the growing crack down of against protesters by police, is going to get much worse.”

Following the bad news that was the local elections, the media appeals tribunal has come back on to the Parliamentary agenda. “I have heard that the hearings may be as early as next month,” says Duncan. “If one reads the terrain and looks at the bigger picture these are the reasons why I say things are going to worsen before they get better.

Duncan says the POIB will definitely return and that both the POIB and appeals tribunal could go to the Constitutional Court before sanity prevails. Then there’s the matter of the media and empowerment. “In the coming months there is going to be a major face-off between the print media and the ANC around transformation. This is an issue that will be brought before Parliament during the hearing focused on the tribunal. I believe the objective will be to achieve a transformation charter for the print media sector. It is going to be a difficult few months because the print media groups are weak on various aspects of transformation.”

The weakness is that most media companies are underperforming on their scorecards and the ANC will no doubt milk this. “Only Avusa is a level-three contributor, which is the minimum score government expects from industry. The other media groups are level-four or level-five contributors, which is hugely problematic for print media. Independent Newspapers has 100% white ownership, which makes them very vulnerable to attack.”

This obviously opens up space for government to argue that print media haven’t transformed sufficiently and to argue that a transformation charter is required. “This lack of transformation will further be used for the formation of the appeals tribunal. Print media groups need to attend to the problematic performance of scorecards because it is their Achilles’ heel and can be used as a reason to withdraw advertising in future.”

The print media would do well to reconsider its own position as it gears for the next round of battle with government and “The Untouchables” whose rise in power seems one constant that is persistently inevitable. Perhaps more than anything, media in South Africa needs to rekindle the lost relationship of trust and understanding with South African people. As things stand, while media has a big ally in this country’s Constitution, the other big constituency of truth, public opinion, may be much more difficult to win over. Just the right environment in which  securocrats thrive and become true, permanent Untouchables. DM