ANCYL conference day 1: delays and a frigid welcome for... 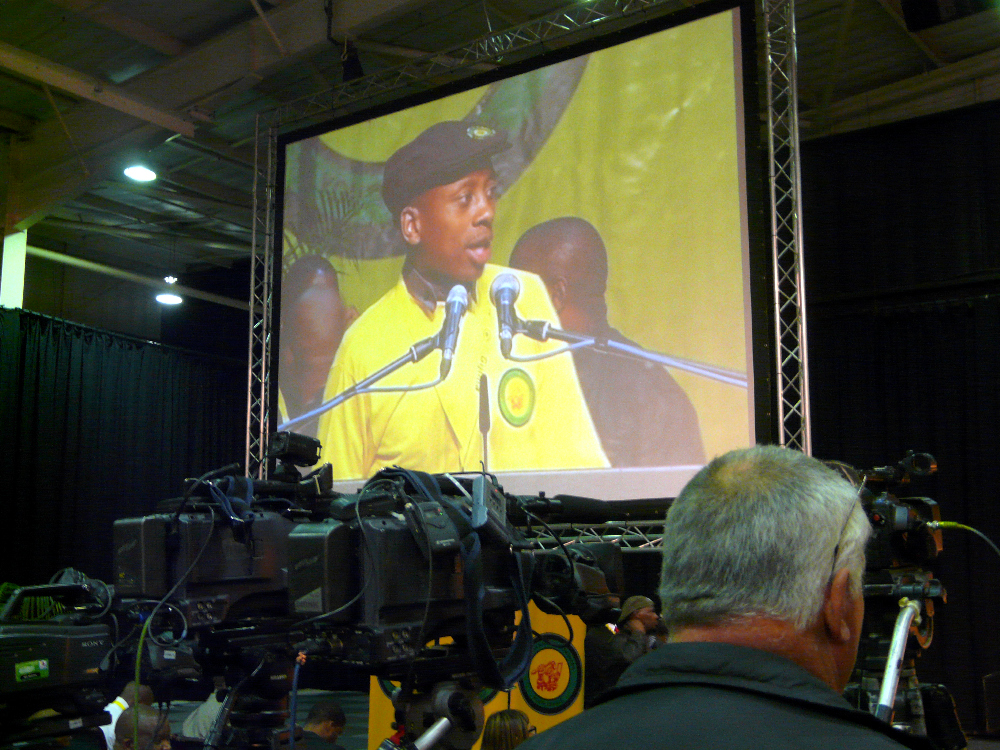 Much like its parent organisation, the ANC Youth League isn't known for the smooth running of its big conferences. The start of its elective conference in Midrand on Thursday held true to form, with more delays than political plays. By SIPHO HLONGWANE.

The conference was supposed to kick off at nine o’ clock, but by 11:30 the cavernous hall was only half full as ANC Youth League deputy president Andile Lungisa finally tried to start proceedings. Of the delegates that were present, exactly none of them were singing any songs about Lebogang Maile, the Gauteng MEC who is expected to run against incumbent Julius Malema for president.

The entire room rang with whistles, songs and the occasional vuvuzela. And they repeated one name over and over again. No prizes for guessing which name that was.

But first, Andile Lungisa. Remember him? He’s Malema’s deputy, and before Maile came along, the last man who was supposed to have a go at unseating Malema. That didn’t go spectacularly well for him. By the sounds of it, the delegates hadn’t forgotten about that. He chaired the first session and it was thus his job to get everyone to do as they were told so the conference could start. His requests for delegates to sit in their designated areas and for them not to bring their own banners into the venue were met with hostile singing. He eventually gave up and joined in the singing from the podium.

Putting Lungisa up first can’t have been a mistake, also considering that he, Maile and President Jacob Zuma were all on the programme to speak before Malema does.

According to the original programme the morning session was supposed to end at noon, so that the delegates could go to Orlando Stadium for Zuma’s big Youth Day address. It was clear that wasn’t going to happen by 9:00, however, when only three busses and a few dozen delegates had arrived at Gallagher Estate.

Things weren’t helped along by how meticulous the organisers are about who gets into the venue. The security at the entrance is airport grade. Everyone has to have their barcode on their accreditation tag scanned, and then there’s the metal detectors. It isn’t clear what time delegates were told to arrive, but if the organisers were serious at all about starting at 09:00, then insisting that everyone should arrive at 06:00 would have been the way to get the crowd through that process.

The security gauntlet at the entrance to the main conference hall.

No ANC Youth League conference is ever complete without a big fight over the registration of delegates, since controlling who gets in and who gets to vote goes a long way to deciding who will win the election at the end of the day. The impression on the first morning was that sloppy logistics rather than credentials were the problem – although you can bet that Gallagher Estate will still see that fight. The fireworks are yet to come. DM