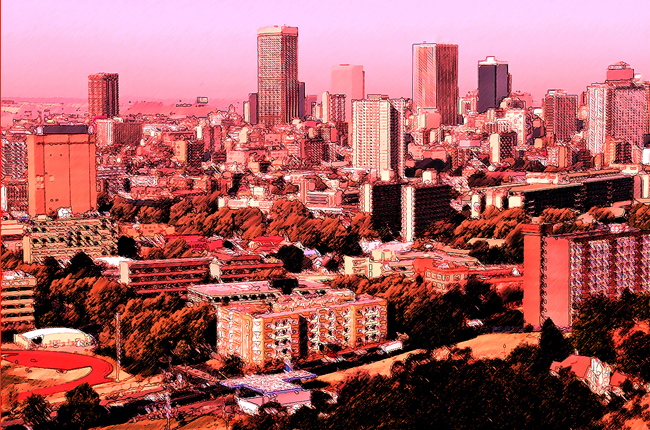 There is no way to break it to them gently where the state of our municipal budgets are concerned. The time for a no-holds-barred overhaul is right now. Are you listening, Mr President – it is time for tough love.  By PAUL BERKOWITZ.

The treasury released its latest quarterly report on municipal finance for January to March 2011 (which is the third quarter of the 2010/11 financial year). It was released two weeks late, at 18:20 on Friday. We were only able to crunch the numbers early this week.

In short, municipalities are in a mess.  There is no way of glossing over or finessing this fact. The latest municipal financial data are out and the picture is even worse than we feared. But let’s take a small step back in time before we continue our tale of woe.

South Africa pre-1994 was similar to South Africa post-1994 in at least one important aspect: Politicians centralised power in Pretoria and ruled from the top down. Post-1994, a few important changes were made, at least at the local government level. Apart from redrawing municipal boundaries and creating a different municipal taxonomy, there was a genuine push to decentralise some of the political power to municipalities.

One of the most tangible outcomes of this process was the redistribution of capital assets from national departments to the municipalities. The idea was to bestow on municipalities their own revenue-generating abilities and make them more responsible for the revenue side of their budgets. Water and electricity distribution systems were transferred to municipalities over a number of years, and special funds were earmarked by treasury to assist with this process. It was hoped municipalities would eventually become self-sufficient and reduce their dependency on national grants and transfers.

But the reality had not matched that rosy idea. It is true that the metros and bigger municipalities have been successful at generating revenue from electricity and water sales. Joburg Water, for example, had revenues of R3.7 billion in 2007 and profits of R350 million. Joburg and other metros have even been able to use these revenues to float municipal bonds in the billions of rands, further enhancing their revenue-raising capacity. But pumped-up balance sheets haven’t been matched by beefier oversight or administrative units that are ripped and cut like male underwear models.

Many government departments and treasury in particular have tried to help local governments reach their full potential. Resources have been developed to help municipalities do everything from calculating the costs of water purification units to understanding effective management of capital assets to how to prepare budget documents that are transparent and enhance service delivery. Unfortunately, what we are seeing is evidence of asset stripping, underspending of budgets, growing service delivery backlogs and more. And this is in our biggest and best municipalities.

Back to the present. A municipality’s accounting officer (often the municipal manager) is required by law to submit monthly financial statements to the respective provincial treasury. These statements are collated into quarterly summaries of municipal finances and published on the treasury’s website.

These quarterly summaries contain information on every municipality’s operating and capital budgets, cash flow statements, debtors’ books and creditors’ books. The good news is that almost every single municipality now submits this information on time.  But that’s pretty much where the good news ends.  Here’s a brief summary of the bad news, shortened because of space constraints.

Total debt grew from R62.3 billion to R64.4 billion by end-Q3. Only R514 million, or 0.8% of total debt, was written off as bad debt during this period. The metros (original six) are responsible for R35.9 billion of this debt, or about 56% of the total. The secondary cities (including Mangaung and Buffalo City) are responsible for another R12.3 billion, or 19% of the total.  Johannesburg’s debt is R11.4bn or 18% of total debt.

After a few quarters where the debt situation showed tentative signs of improving, it is starting to look worse again. The overall age of the debt is increasing: in Q1 2010/11 about 73% of all debt was older than 90 days. This increased to 75% of all debt by Q2 and has now risen to 78% of all debt. Total debt under 30 days old has fallen from 18% to 15%.

Operating budget revenue collection is fairly good, but spending is not as good. Operating expenses are fairly predictable (salaries, bulk water and electricity, provision for bad debt) so this underspending on the operating side is a concern.
Capital budgets are a much bigger cause for concern. There are very poor rates of collecting capital revenues which leads to poor rates of expenditure. The latest releases show that only 47% of the aggregate capital budget was spent by end-Q3.  (We are not betting on the remaining 53% having being spent between April and June.) The metros performed even more poorly, only spending 45% of their annual budgets. Cape Town and Ekurhuleni only managed to spend 37% of their budgets.

The municipal debtors’ books show that debt levels are rising, the average age of the debt is increasing (which should equal a lower probability of recovering outstanding debt) and debt write-offs are a miniscule percentage of the total stock of debt. Debt levels are rising fastest among residential users.

The creditors’ books are a relatively new addition to the reports, and they show that outstanding payments have increased rapidly over the past two quarters. Municipalities owe more money to their creditors than ever, including to small businesses which may be heavily dependent on being paid on time and in full.

Running a municipality effectively is an extremely difficult job. There is more legislation and compliance for a municipal manager to follow than for a private sector CEO.  Services must be delivered to all people and all areas, unlike under apartheid where service delivery was world-class for white areas and all but non-existent in black areas. Modern town planning is a lot harder than setting up dormitory areas for cheap black labour and ignoring the resultant social costs of transport and social development.

A lot of problems at local government level are own goals, unfortunately. There has been insufficient hand-holding by treasury and other national departments in some areas, and the result is more compliance and complexity coupled with insufficient resources. Cadre deployment and a purging of the old guard in the civil service have badly hurt service delivery. And the department of cooperative government has added new legal amendments, turnaround strategies and policy proposals to the mix, generating more heat than light.

It is an open secret, and has been reported this week, that the Sicelo Shiceka will not return to his job even if he makes a full medical recovery. The municipal elections are over and it’s time to make local government work. What will President Zuma do about it? DM