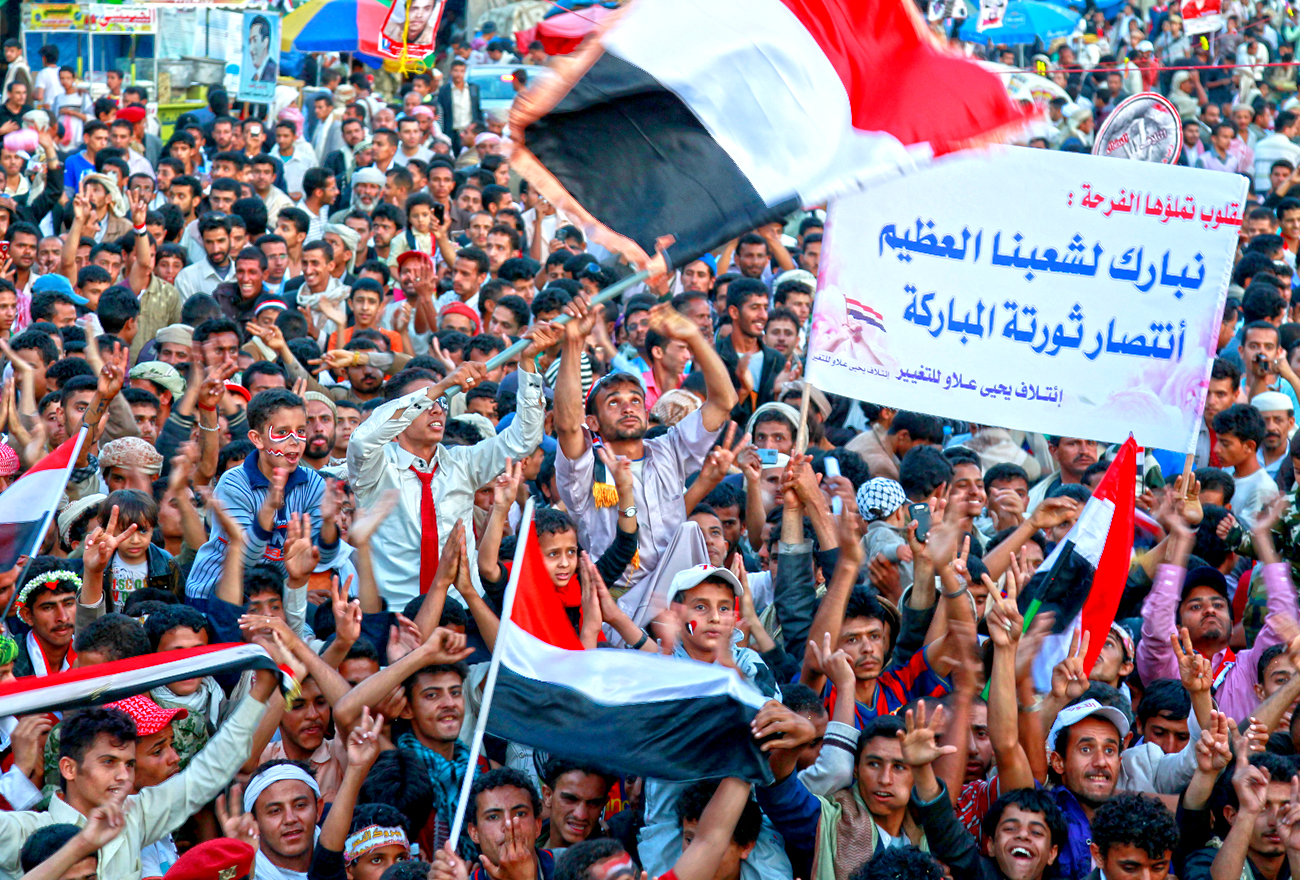 Unlike the “Arab Spring” revolutions in Tunisia and Egypt, characterised by relative peaceful transition -  or the horror of civil war in Libya – revolutionary change in Yemen, driven mainly by passionate young students and protesters, seems trapped in limbo with President Ali Abdullah Saleh in Saudi Arabia for medical treatment. In this uncertain milieu, hope remains a vibrant beacon. By YAZEED KAMALDIEN.

Yemen’s youthful protesters, with their sweet dreams and naïve desires, have been celebrating the departure of their bruised President Ali Abdullah Saleh for most of this week.

Hearty smiles have filled Change Square since the leader travelled to Saudi Arabia on 4 June for medical treatment. He had been injured in an artillery attack on a mosque inside his residential compound during Friday’s congregational prayers last week.

Change Square is the main anti-Saleh sit-in demonstration site in the capital city, Sana’a. It was here, outside the gates of Sana’a University, where young student protesters first faced security forces in mid-January when Tunisia was burning. They were inspired and bold. Some were arrested, but that only ensured more street protests.

The chants that have destabilised the Arab world were clear: “The people want to change the regime”, until Saleh left the country.

Saleh did not leave though as a toppled authoritarian who has been in power since 1978 – longer than most of his fiercest dissidents have been alive. When or whether he will return to Yemen remains unconfirmed. For now, the youth that everyone had doubted from the outset are dancing amid celebratory conclusions.

Yemen’s battle has been dubbed the “endless revolution” because it has taken longer than the Tunisian and Egyptian movements to oust long-standing leaders. At Change Square, optimism is mixed with caution though.

Ali al-Dailami is an activist who runs a local group to ensure prisoner’s rights. Like many organisations and youth groups he has a tent at Change Square. For al-Dailami, Saleh’s departure was vindication for the many times that he had been arrested or jailed during protests against the government’s shortcomings.

“Saleh is not coming back. The first step of our revolution is over. Now we have to build a civil state. If Saleh comes back, the people will put him in jail because he killed a lot of people all over Yemen. He will not have any power,” said Al-Dailami.

Saleh might not be in the country, but his son still runs a major military unit. His nephew still holds the reins of another state security apparatus. His allies and party members are all firmly in place. Continued violence remains an option. The last two weeks of May had been terribly bloody and Sana’a city had been overwhelmed by the sounds of explosions and gun battles. Anti-government protesters had been killed in clashes with government security troops since the outset of demonstrations. Armed fighting in Sana’a had been the deadliest to date.

Fighting has calmed after the two sides agreed to a truce when Saleh departed. It seems certain that if he should return to Yemen there will be no turning back. The Al-Ahmar family is battling Saleh to ensure he leaves office and it is intent on regime change. One of its billionaire sons, Hamid al-Ahmar, wants the president’s seat.

Journalist-activist Shatha al-Harazi has covered the anti-government protests since day one and was smiling half-heartedly at Change Square.

“I felt relieved that he left. But we are still witnessing violence in other provinces. His supporters have told some of my friends that they will go from house to house and take revenge,” said Al-Harazi.

Al-Harazi also cautioned that defected military and tribesmen who had joined Change Square had turned to violence to oust Saleh and that this had somewhat derailed the youth movement.

“They all used their weapons and we lost our peaceful revolution. We have reached a very dangerous point. We are rushing with our happiness, but we need to be careful. We are not sure of what will happen.

Al-Harazi was referring to the six-nation regional Gulf Cooperation Council that had drawn up an exit plan for Saleh along with the opposition coalition Joint Meeting Parties and his ruling General People’s Congress party. Both parties had signed the initiative in late May, but the most critical signatory remained aloof.

Saleh had at the last minute, in full view of the world’s TV news cameras, refused to sign the initiative after saying all along that he would. This prompted an armed struggle against him that eventually led to his departure due to severe injuries.

The battle for a new Yemen seems to have only just begun; the revolution has not ended. Saleh’s regime is still intact. A post-Saleh Yemen cannot go forth until it is certain that he has stepped down. His deputy has taken over his responsibilities, but it is certain there can be no new presidential elections, government reform or true change until the leader is completely out of the picture.

The revolution against poverty, human rights abuses, illiteracy, unemployment – the effects of bad management of a nation with a current population of about 24 million – will need to continue. It has been said again and again that Yemen is the Arab world’s poorest and least developed nation. It has battles beyond comprehension on different fronts: a southern separatist movement, a northern rebellion and al-Qaeda militants.

It would be disappointing if the youth of Change Square and other protest sites countrywide are lost to hopelessness and despair in a post-revolution void. Mechanisms are now needed to enhance their capacity for leadership from the ground in a manner that ensures upward mobility. A restrictive regime that has controlled the population remains in place though and that will be an obstacle for progress.

I have been inspired over the last few months by the youth protesters to whom I talked, listened, dreamt with at Change Square. It has been a tough six months. Even now, there remain countless flaws and weaknesses in the movement that has been demanding a better life. They lack soft and hard skills if they are to play an effective role in a new Yemen.

They are children whose parents and grandparents did not challenge or resist their government as bravely as they have. For many poverty had become a normal way of being. But their hearts, according to protester Hesham Lutf, speak of wanting to “be like other countries where we can have jobs and freedom”.

These young people are the last hope for change in Yemen. They speak a new language at Change Square; men and women can participate equally in debate, tribal allegiances should not determine government jobs, corruption is not normal. For now we can only wait-and-see. Yemen is staring endless possibilities in the eye, some of them great, some truly horrifying. DM

Photo: Anti-government protesters attend a rally to celebrate the departure of Yemen’s President Ali Abdullah Saleh to Saudi Arabia for medical treatment, in Sanaa June 5, 2011. Saleh, who was wounded in an attack on his palace, underwent surgery in Saudi Arabia and Yemenis seeking his overthrow celebrated what they hoped was the end of his 33-year rule. The banner reads, “We congratulate our great people for the victory in this blessed revolution.” REUTERS/Khaled Abdullah