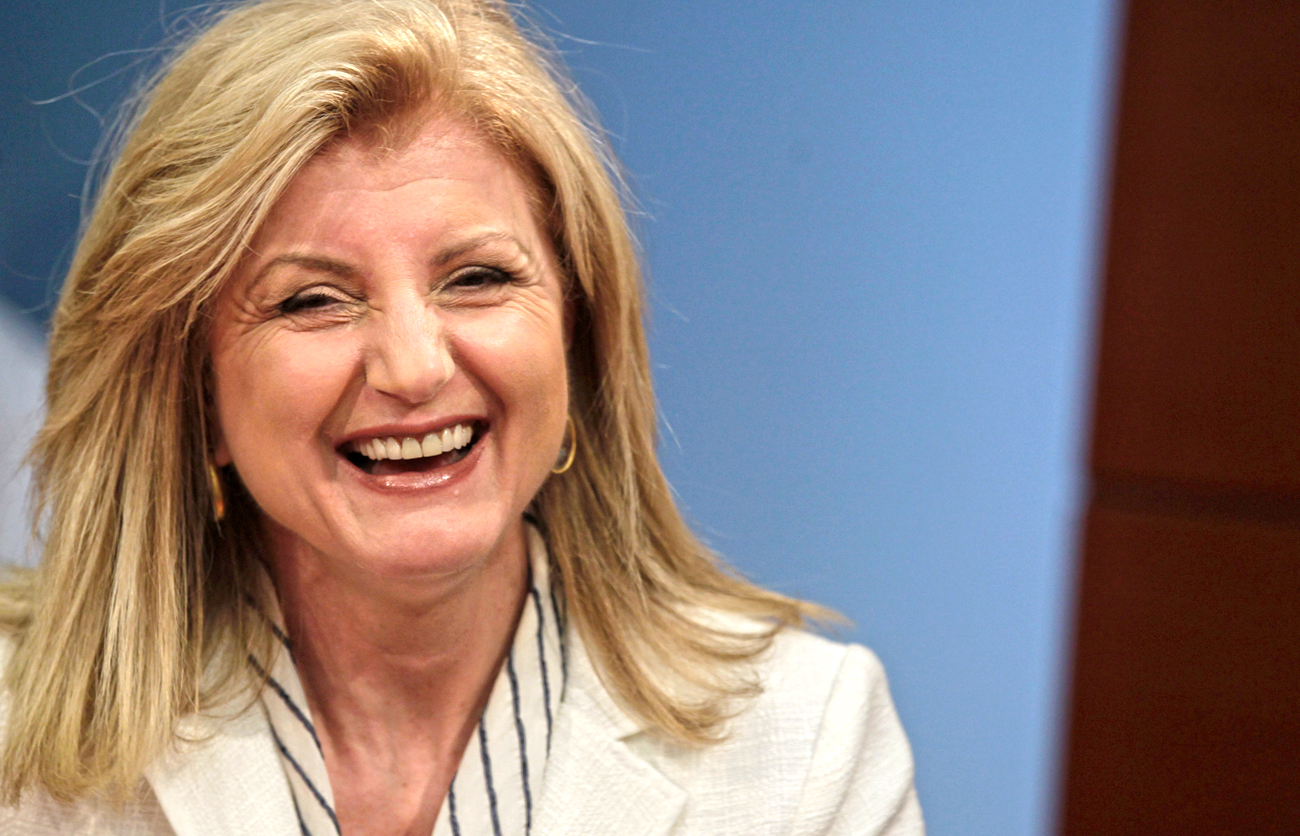 Arianna Huffington has been making waves at her new home, AOL. It was never going to be otherwise. RICHARD POPLAK looks at the brewing storm.

You can’t make a $315 million omelette without breaking a few eggs. It should thus come as no surprise that Arianna Huffington, founder of the Huffington Post, the latest toy in AOL’s acquisition cupboard, is indeed getting egg all over her newly expanded newsroom. For those who saw the deal as a looming disaster, this seems proof positive of their prescience. For anyone else, especially those of us who have worked in a newsroom, it seems like business as usual.

Arianna Huffington has lived four lives—as a reporter and biographer of both Maria Callas and Pablo Picasso, as a reliable conservative wonk during her rise to prominence alongside Republican congressman husband Michael Huffington, as a liberal voice in California’s 2004 recall election following her sharp ideological swing left and as a digital media mogul who rewrote the news game on the Internet, and built one of the web’s top destination sites in the Huffington Post.

Born Arianna Stassinopolous in Athens, Greece, in 1950, Huffington has not had a smooth ride. She can at times seem to be her own worst enemy—she’s been sued for plagiarism and her courting of media attention verges on the unseemly. When AOL approached her with the $315 million offer, two members of her board baulked, believing an IPO would net the company close to a billion and change. Huffington wasn’t interested—Tim Armstrong, AOL’s chairman, was sweetening the deal by dangling oversight of company’s entire editorial department, and the reins to an enormous, if laggardly, digital Clydesdale.

She saddled up, and it’s been hard riding ever since. Much has been made of the HuffPo’s reliance on free bloggers to garner revenue, but that’s largely bunk. It’s the paid columnists and the editorial curatorship that have always been the site’s driving force. Before the AOL deal, she ran a newsroom of 70. Now, she oversees 1,200 journalists and editors, many of whom are bristling at her managerial style.

A recent post on Forbes.com by Jeff Bercovici quotes Greg Coleman, HuffPo’s onetime chief revenue officer, as saying, “There was a bucking bronco whenever someone said, ‘No, you can’t do that.’ I know Arianna very well. She wanted three things: a big bag of gold, a big fat contract, which she deserved, and unilateral decision-making over her world. And that is where you’re going to have some problems. Arianna hates to be managed.”

Berkovici claims Armstrong has now hitched himself to someone who “puts her own interests ahead of those of her partners”. But it’s hard to see how Huffington’s interests diverge from AOL’s. If the deal goes pear-shaped, she walks away from the table having blown the chance to make all that IPO money, and has given both her personal and political enemies the ammunition they need to finish her off. She’ll devalue AOL’s stock to the point where it will be almost impossible for the company to revive itself.

No, Huffington is not out to gut the deal. She’s out to make it work. It’s how she’s going about it that has set so many nicotine-stained teeth on edge. But in the greater scheme of things, what choice did Tim Armstrong have? AOL has been bleeding money, especially with its news aggregation site Patch. (Not incidentally, Armstrong co-founded the site, and had AOL acquire it.) He needed to recreate HuffPo, or buy it. He chose the latter.

And what, one wonders, is Huffington doing that so rattles the AOL hacks? For one thing, she laid off a whole bunch of them. AOL downsized by almost 900 after the merger, and thoroughbred HuffPo editors, many of them newly hired, replaced equally experienced AOL folk. What’s more, dozens of ex- and current employees have decried Huffington’s managerial style. A newsroom of 70 is one thing. Twelve hundred restless, unhappy souls is another.

But Armstrong has an existential challenge. He has cash coming in from the ISP side of AOL’s business, and that revenue has to be spent, or he’ll lose it on paying out dividends. So, he’s blowing it on content, and must oversee 20% year-on-year growth on the display ads if he hopes to keep AOL alive. He decoupled AOL from what many assume to be one of the most disastrous mergers in US corporate history—the marriage with Time Warner was nobody’s idea of a success. There are those who believe he has made an equally awful move in hitching his wagon to HuffPo.

The real problem may well be AOL’s ad sales team, described as “dysfunctional”. And with so much dysfunction swirling about, Armstrong and his shareholders deserve to be worried. But Arianna Huffington wants to build the best newsroom in the world and finally has the cash to do it. The honeymoon may be over, but the fight has just begun. That sizzle you hear is the omelette cooking. Wait until she gets started on the sausages. DM